6 Body Disasters That Strike When Your Training Stops

Fallen off the fitness bandwagon? Learn what happens to your body when you reject the iron.

Ever wonder what happens when a day skipped at the gym becomes a week, a month, or even a year? Whether you're taking a voluntary hiatus or have stopped training due to illness, an injury, travel, or major life event, you might be worried about what that time without iron means for the hard-earned muscle you've packed on.

Will it all be for nothing? Will you lose all the gains you've already made? While what happens to your body after you stop training will largely depend on what you're doing while you aren't training, certain changes are nearly universal.

No, you're not going to gain 20 pounds and lose all of your strength gains if you take a week off. But, time adds up, and slowly but surely you'll notice changes taking place. The longer you stay out of the weight room, the more severe and harder to reverse these changes become.

Let's look at the six changes your body experiences when you take that break or fall off the bandwagon.

You're going to lose some of the neuromuscular adaptations you've built up with ongoing training. What does that mean? Basically, the connection between your brain and muscles—and the involvement of neural pathways in contributing to strength gains—will weaken, slow, or both.

You've likely experienced this before—it's tied to that "off" feeling" you get when you take a week off for vacation, only to come back to the gym and realize that your lifts don't feel as good as normal. You might even feel slightly awkward. This is thanks to the neuromuscular adaptation loss you experienced.

While it's fast to go, it's fast to come back, too. After a few sessions back at the gym, you lifts should feel normal again.

Linked to neuromuscular adaptation losses are muscular strength losses. The degree and speed at which you lose your strength will largely depend on what you do when you are away from the gym. 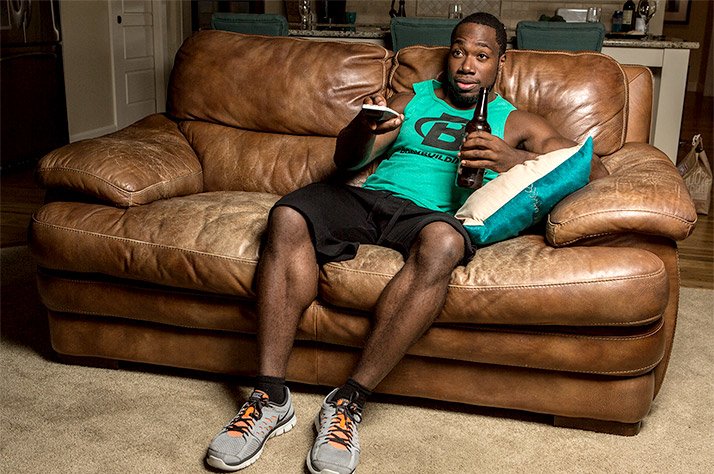 The degree and speed at which you lose your strength will largely depend on what you do when you are away from the gym.

Are you sitting all day long without much activity, or are you on your feet, moving things around, and possibly doing other team sports or activities that recruit similar neural pathways as your weight training?

If it's the former, expect to experience strength losses at a faster rate. The key to maintaining your muscle strength is making sure that tension is being placed on the muscle, and that you're still activating the motor units that help to coordinate muscle contractions. Even if you aren't training as hard as you were before, some training is better than none. Every bit of effort counts.

If you're quite sedentary, expect to see strength declines in as little as two weeks after ditching your gym membership.1 If you're less sedentary, or highly trained, you might be able to stave off strength losses for three to four weeks.

The good news is that, unlike cardio training, you can regain lost strength relatively quickly as muscle memory kicks in. Sure, it'll still take some time to reach your old bench-press weight, but not as much time as it took you to gain that strength in the first place.

Periods of inactivity also appear to result in changes in the metabolic response to exercise. Working out consistently increases both your reliance on fat oxidation (using fat for energy) and your insulin sensitivity, both of which are good things. During periods of detraining, the body turns to carbohydrates for fuel and relies less on the breakdown of stored fat.2 Two bad things. 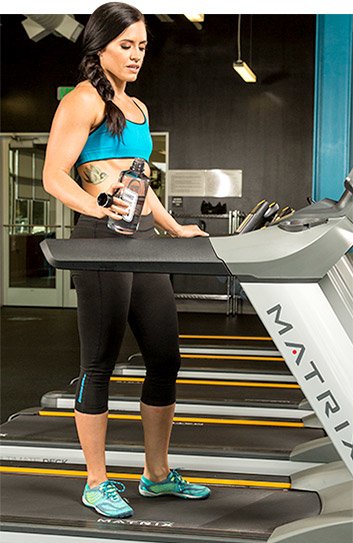 The degree of decline you experience depends on how intense your workout sessions were, and how much that level of intensity has since curbed. The more intense the sessions were, the greater the decline.

Additionally, you may notice a decrease in your metabolism. Since lean mass has the greatest influence on resting metabolic rate, once you start to lose the muscle you worked so hard, your metabolic rate will taper and you'll burn fewer calories at rest.

As your time away from the weight continues, your previous warm-up mile on the treadmill will start to feel like a trek. Cardiovascular fitness is quick to go, and you can expect to see declines after the first two weeks away.

Your VO2 max, or maximal oxygen consumption, will suffer, and soon you'll notice you feel more winded than usual. Decreases in aerobic capacity (4-6 percent reduction in VO2 max) have been noted after only two weeks of inactivity.3 Furthermore, performance decreases appear to affect highly trained athletes to a greater degree than moderately training athletes.

You'll also find that it takes longer to regain your cardio fitness level than it did to lose it, which is one reason so many people who fall off the bandwagon don't get back on.

Physical activity—whether endurance or resistance training—increases the action of insulin throughout your body. So when you decide to take an extended vacation away from the gym, your insulin sensitivity will decrease.4 Low insulin sensitivity, aka insulin resistance, can lead to a variety of health problems, including high blood pressure, heart disease, obesity, type 2 diabetes—or all of the above, since they are partners in crime.

This is a double whammy for many who don't change their diet despite stopping their workout program. With the same amount of carbohydrates coming in, less energy being burned off, and an overall lower overall metabolic rate, you've created the perfect scenario for gaining fat.

Finally, don't be surprised if you get kind of grumpy. Not releasing pent-up stress with intense workouts can put you in a bad mood, basically. 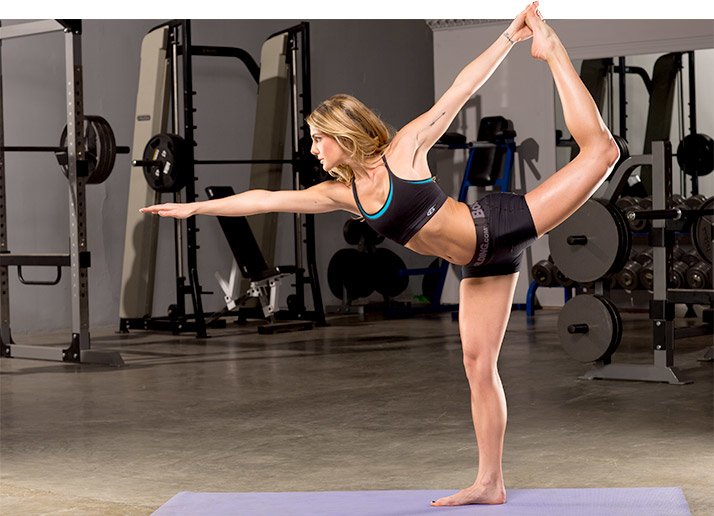 If you're taking a hiatus from the iron, consider taking up yoga or participating in a recreational sport league.

You might also find you don't sleep as soundly, or that your mental focus isn't as sharp. While you might not realize it initially, once you stop exercising, the calming benefits of exercise stop too.

Looking to take a break from the weight room but still seeking out that stress release? Find other activities you can partake in. If you're taking a hiatus from the iron, consider taking up yoga or participating in a recreational sport league.