Many lifters utilize a fairly high amount of volume, or total number of exercises, reps, and sets, in their quest to build muscle size. While common training practices and knowledge—sometimes referred to as "bro science"—are occasionally at odds with researched-based knowledge, when it comes to the notion that higher-volume training produces excellent gains in strength and size, they're on the same page!

If you want to build more strength and size, you might be tempted to add more volume to your workouts to net greater gains. The problem with continually adding training volume to your lifting sessions, however, is time. Even if you have time, how productive is a three-hour bodybuilding workout?

To help you get the most out of your muscle-building efforts, we're going to look at five ways to increase volume that won't add time to your training routine or overall fatigue levels. Just view this as a rearrangement of the limited time you spend in the gym!

Start by forgetting everything the "bro science" personal trainer at the preppy chrome-palace fitness center told you about supersetting. Technically, supersetting is not working the same muscle group to fatigue with multiple consecutive sets without a rest break.

In fact, supersetting is a method that pairs two exercises for opposing muscle groups back-to-back without rest. Publisher Joe Weider popularized this concept and stressed the word "opposing" to emphasize that the two exercises in the superset should be opposite motions, like a bench press for chest and row for back, or a triceps extension and a biceps curl. 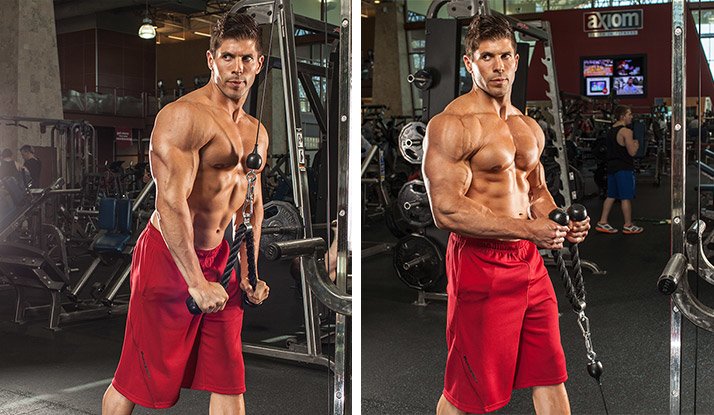 Supersetting is a method that pairs two exercises for opposing muscle groups back-to-back without rest. Like a triceps extension and a biceps curl.

A 2009 study published in the "Journal of Sports Sciences" even demonstrated the powerful one-two punch of superset training. Over eight weeks, a group that supersetted the bench press with bench pulls—an opposing pulling movement for the upper back—significantly increased both bench press and bench pull, compared to the "traditional sets" group that only saw improvements in peak power for the bench-press throw. The supersetting technique appeared to be more time-efficient with respect to the development of one-rep max (1RM) as well.1

Bottom line: Research says you'll save time, do more work, and quite possibly become more powerful when training with supersets.

How To Use It

When supersetting, it's important to keep your rest time between exercises to an absolute minimum—otherwise, your superset will become two distinct sets. Do all repetitions back-to-back. Below are sample superset pairings.


After you complete both exercises, take a brief rest—just long enough to allow your heart rate to fall back to a manageable level—and then proceed to the next superset.

Cluster sets are those in which a main set is broken into several parts. For example, instead of doing a set of 6 reps, you would do a set of 2+2+2 reps, which allows for a very short rest period within the set itself. That intraset rest period allows you to lift more total weight for more sets—providing a greater anabolic stimulus—than if you were to lift 6 straight reps. For bodybuilding purposes, your intraset rest periods should be very short—no more than about 20 seconds.

Olympic lifters have used cluster sets for over half a century, and powerlifters have used them for decades. Now, even more aesthetically minded individuals are hopping onboard. I personally have used this technique training IFBB pro bodybuilders Johnnie Jackson, Cory Mathews, and Branch Warren. 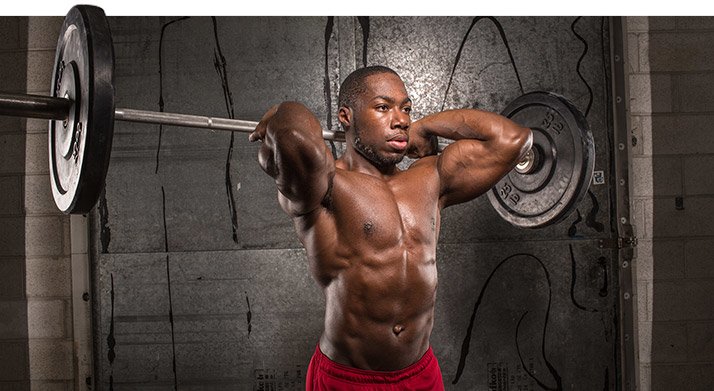 Strength athletes like cluster sets because they can produce greater amounts of force and velocity over the duration of sets.

Strength athletes like cluster sets because they can produce greater amounts of force and velocity over the duration of sets. Bodybuilders like them because they can get more done in less time. And research has shown that relative intensity of training is greatest when using cluster sets.3

Next time you're training triceps, instead of your traditional 3 sets of 12 use the same weight for 5 reps, rest 20 seconds, and repeat this sequence for five minutes straight. You'll get a helluva lot more volume done in less time!

If you're training for strength, instead of 3 sets of 5 reps with a full 3-5 minutes of recovery, try 6 sets of 3 reps with a 90-second recovery. You'll be done faster and get in more work.

Most of us start our workouts by leisurely riding on the exercise bike for 10-20 minutes as part of a standard warm-up routine. While a few minutes of cardio will do some good, there may be a better way to prep for your training. Instead of enduring a cardio slog, use this time to prepare for the task at hand—slaughtering some pig iron!

Since volume is the product of resistance multiplied by sets multiplied by reps, even 3 sets of 10 reps with an empty Olympic barbell equates to a staggering 1,350 pounds of extra volume (45x10x3). By starting your workout with light lifting like this, you add volume—which can help you grow—and you warm up your muscles and joints for heavier loads!

Skill development needs practice, so practice by warming up with the major movement in your workout before going heavy.

Remember, strength is a skill. Skill development needs practice, so practice by warming up with the major movement in your workout for that day. Keep in mind, though: I'm not talking about pre-exhaust training, in which you would lift nearly to failure, but 3-5 extra warm-up sets with light weight in place of a traditional cardio machine.

If you're going to perform working sets with 225 pounds on the squat, give this warm-up sequence a shot:

By the time you're through all that, you'll have added a lot of volume to your session.

This strategy increases total training volume, decreases fatigue, and will have you performing better on your major lift for the day!

A 1988 study showed that shot-putters increased throwing distance and vertical jump height by training only the fingers and the toes.4 Strange, right? The lesson here is that, if you want to be your best, you must sweat the small stuff.

Taking care of neck, forearms, abs, calves, and other "smaller" muscle groups that are easily skipped over is essential for optimal performance, staying injury-free, and having a symmetrical physique.

Some dedicated lifters tack these "extras" on at the end of a workout for an extra 15 minutes of training. Many lifters, however, abandon this work when they reach the end of a training session, because of time or fatigue. 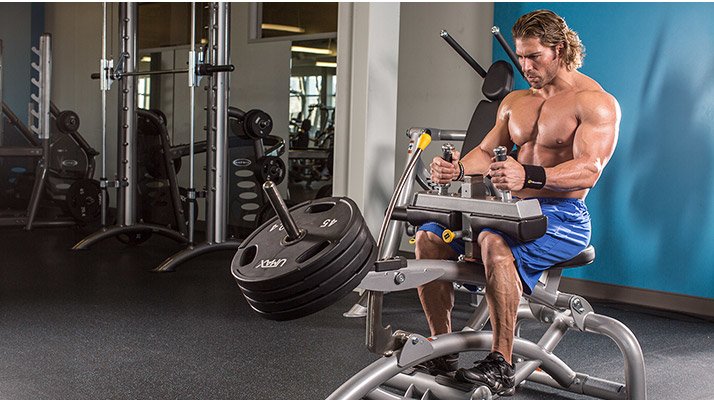 When you're recovering between heavy sets of bench presses, you could be doing a set for calves.

Thankfully, Joe Weider is credited with creating a solution to this problem: staggered sets. Staggered sets involve training a smaller muscle group between sets of a larger one. So, when you're recovering between heavy sets of bench presses, you could be doing a set for calves. Pairing a smaller muscle group with a larger one minimizes fatigue and maximizes your time.

The caveat here is that you can't pair exercises that might interfere with your ability to complete the bigger move. If you're deadlifting today, avoid staggered sets that involve your grip, since you have to grip the bar on deadlifts. Avoid biceps work on a deadlift day as well, and stay away from heavy hamstring work.

In 2008, Dr. Alcaraz's lab confirmed what those in the trenches have known for decades. His study compared two groups with prior strength-training experience, each performing two separate training regimens. One was a standard bench press workout of five straight sets. The second group performed the same bench press workout, but did leg extensions or calf raises between sets.

Bench press performance was unaffected by including leg extensions and calf raises, coupled with the fact that additional training volume was achieved without adding one extra minute to the workout.5

Staggered sets make it clear: You have no more excuses to avoid the "small stuff!" 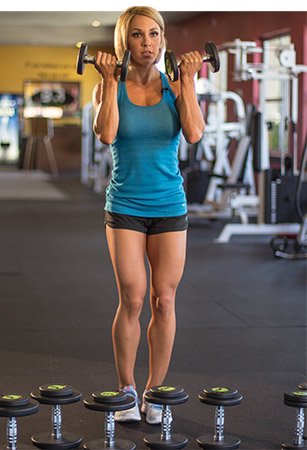 Dropsets are another golden oldie. In a standard dropset, you lift to failure as prescribed, drop the weight by 20-25 percent, lift to failure again, and continue in this fashion until you're totally spent.

My variation on dropsets, however, focuses more on movement quality than quantity. Here's how you do it using leg day as an example: After your first main movement of the day, such as your heaviest squat set, drop the weight down by 20 percent and perform 3-6 sets of 2-4 reps, resting 60-90 seconds between sets. Perform each rep on each set with a controlled negative, and then explode the positive as hard as possible.

This is called Compensatory Acceleration Training (CAT), the brainchild of my mentor, Fred "Dr. Squat" Hatfield. The technique allows you to generate maximum force for multiple sets without sacrificing technique or tightness under a heavy load.

Force = mass x acceleration. Instead of always upping the weight (mass), CAT dropsets allow you to produce a great deal of force after you're already fatigued from your heaviest work.

With dropsets, serious volume can be accomplished without a serious time commitment. Furthermore, these sets allow for greater strength and power development, and they help you build more efficient movement patterns, teaching the skill of strength.6

Put It Into Practice

You now have five ways that can help you get stronger and build muscle without having to spend any extra time in the gym. You'll get more done without sacrificing quality. Take it and run with it. I'm excited to hear about your results, so make use of the comments section below.