5 Techniques To Turbo-Charge Your Muscle Growth

You can't beat the classic movements when the goal is building a strong, balanced physique, but you can make them even more effective with these five tried-and-true overload techniques!

Like many other bodybuilders, I'm guilty of defaulting to a series of go-to exercises that I like to include every time I train a particular muscle group. I don't believe in change just for the sake of change—and even if I did believe in it, I don't like it. If you're doing something you enjoy in the gym and it's not broken, why fix it?

This doesn't mean I always train my favorite movements the same way, though. I utilize both strength and hypertrophy days for specific body parts. I also utilize a range of special training techniques to make sure my squats and curls are still as challenging and stimulating as they were when I started training.

Here are my favorite five training techniques to get the most from each and every exercise, in no particular order. These strategies will make your existing training routine more effective and diverse when it needs a boost. Try them all one at a time, and see which ones work best for you.

Pre-exhaust training utilizes isolation movements to tire out a specific muscle group before moving on to a compound movement. For example, you could perform a chest fly before the bench press, or leg extensions before you squat.

The pre-exhaust method is one of my favorite training techniques for several reasons. First, by significantly fatiguing the isolated muscle group, it forces the fresh muscles to pick up the slack during the compound movement. The fatigued muscle gets pushed beyond what it would have been able to do without the pre-exhaust sets, and you don't have to sacrifice the full-body strength stimulus of, say, a bench press by trying to make it into a chest isolation exercise. 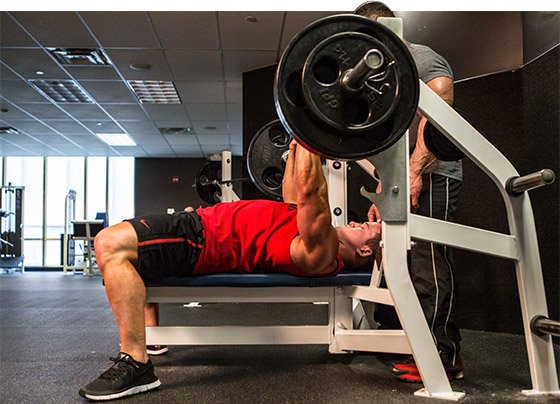 Pre-exhaust training utilizes isolation movements to tire out a specific muscle group before moving on to a compound movement.

Also, because the target muscle group gets taxed before you hit the heavy iron, you can use more moderate weights on compound movements than you normally would. This makes pre-exhaust training a great tool to work around sore joints and ligaments, or to trigger a fantastic pump on a hypertrophy day.

A superset is two exercises performed back to back with no rest between the exercises. Supersets can increase your workout density, shorten your workout duration, spur new growth, and deliver an incredible pump. You can pair exercises for the same muscle group, like a triceps push-down and close-grip bench press, or pair movements for opposing muscle groups, like biceps curls and triceps push-downs. 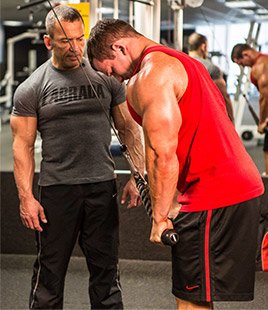 Pairing two movements for the same muscle group is often called a "compound set." I love to use this technique in conjunction with the pre-exhaust technique. As shown by the triceps push-down and close-grip bench press example above, I like to perform an isolation exercise to pre-exhaust a muscle and then immediately follow it with a compound move. This drives the target muscle past the point of failure and results in a killer pump. My other favorite pre-exhaust compound set is straight-arm push-downs paired with lat pull-downs or low cable rows. Your back will feel like it's being pumped with air!

Of course, you're not limited to these particular pairs. You can superset nearly any two exercises to get a killer pump, save time, increase your total work, and introduce a taxing metabolic component to your workouts.

Rest-pause training incorporates a brief rest period, or even a couple of rest periods, during a single set. This allows you to move a heavier weight for more reps than you could in a straight set. You allow your muscles to partially recover, but not completely, before you hammer them with another barrage of heavy reps.

For example, if you were to perform rest-pause on a set of triceps push-downs, you would first perform reps until you reach failure or a predetermined number of reps, and then you would rack or hold the weight, take an extremely brief rest period of 5-15 seconds, and rep to failure again. The brief rest allows you to extend your set and overload the working muscle.

Rest-pause sounds simple, and it is, but I would warn you to pay close attention to your form. Don't use such a heavy weight that you have to get sloppy to move it. While some people go crazy with rest-pauses and use them in multiple sets on a regular basis, I advise you limit them to a single set of each exercise you perform. Rest-pause is an overload technique, not a replacement for straight sets.

My favorite muscle groups to hammer with rest-pause sets are small ones like the calves, biceps, and triceps. In particular, I've found that triceps push-downs and calf raises work well with this technique, but trust me: heavy calf raise rest-pause sets aren't for the weak of spirit! When I've tried rest-pause on heavy compound movements like the squat and bench press, I've only been able to get an additional rep or two after the pause, because I'm so gassed. That's hardly worth it, in my opinion.

Blood-gorging sets are high-rep sets performed with minimal rest, typically at the end of your workout, similar to what many people call "burnout sets." I prefer the term "blood gorge" because it hammers home the idea that the goal is to saturate the muscle group with as much blood as possible, not just train for a burn.

This massive gorging of blood at the end of a workout is beneficial in two ways. First, blood plasma is your body's primary shuttle for nutrients, amino acids, testosterone, and growth hormone, all of which are at physiological highs at the end of your workouts, as long as your diet and supplementation protocol are on point. Second, oxygen-rich red blood cells are largely responsible for eliminating toxic byproducts of weight training such as ammonia, as well as reducing the amount of lactic acid created by your muscles during exercise. Putting more blood in the muscles means they'll receive more of what they need to recover, and get rid of what they don't.

A number of prominent bodybuilding trainers also believe that including this type of work can help stretch your muscle fascia—the connective tissue that surrounds muscles and muscle groups. Creating more room in the fascia theoretically makes subsequent growth easier. I can't say if this is true or not, but based on the physiques of the people employing these techniques, as well as my personal experience with the technique, it seems reasonable.

I usually perform blood-gorging sets on machines that isolate muscle groups, such as a cable machine for curls or push-downs, or the leg curl, leg extension, or calf raise machines. Why machines? They're simply safer for this type of work, but they'll also allows you to focus solely on moving the weight, which is helpful at the end of a brutal workout, when you've nearly exhausted both the target muscle and any stabilizing muscles.

This is the most outlandish training technique I'll discuss in this article, so I've saved it for last. Some of the top trainers in bodybuilding are currently employing occlusion training—or blood flow restriction training, as it is also called—so it piqued my curiosity.

I jumped on the phone recently and spoke about it with Dr. Jacob Wilson, a Bodybuilding.com columnist who is also a highly respected scientist at the University of Tampa with plenty of experience studying occlusion training. According to his research, it's an effective training technique, so I tried it out—and man, am I glad I did!

First, let's define what occlusion training is. It's a technique in which the upper arm or upper leg is wrapped with a compression sleeve, knee wrap, or wrist wrap, to the point where the veins are mildly compressed, but not so tightly that the arteries are restricted.

How tight is tight? 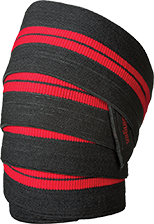 To take advantage of the benefits of occlusion training, Dr. Wilson recommends wrapping at a tightness that feels like a 7 on a scale of 10. Wrap too tightly and you risk completely cutting off blood flow, which will bring on extreme weakness and pain in the muscle. Too loosely, and you won't reap the maximum benefit of the technique. It may take you some time and experimentation to find the perfect level of tightness. Until you do, it's OK to err on the side of looseness.

In other words, occlusion training drives more total blood into the muscle. Dr. Jacob Wilson cited three major reasons why this is beneficial.

When I employed occlusion training for the first time while leg pressing, I used considerably lighter weight than usual, got a much more intense pump, and was brutally sore in the days following the workout. Since then, I've begun to employ this technique from time to time while training my legs and arms on hypertrophy days, and I must say I am a believer.

However, I would add that, while occlusion training is getting more popular all the time, I still think it's an advanced training technique. Once you're ready, keep the reps high—like 15 per set—and get prepared for an intense ride!

Yes, it's possible to train hard and still have space for recovery. Spread your lower-body work across four biweekly sessions and get ready to shop for new pants!

Hunter Labrada, son of IFBB Mr. Universe Lee Labrada, is a bodybuilder on the rise. He made the most of his adolescent years with the right combination of training intensity and nutrition, and you can too!

It doesn't matter what shape you're in, your age, or how many diet programs you've tried. You can transform your body and become leaner and stronger with Lee Labrada!

Hunter Labrada, son of IFBB Mr. Universe Lee Labrada, is a bodybuilder on the rise and proudly helping build the family business!