4 New Protein Foods You Must Try

Supermarkets are cashing in on the world's love of meat. After all, it's the richest source of protein. But you can eat smarter and healthier, and save dollars by choosing these less-popular muscle-building sources.

Fillets. Loins. Chops. They're the high-end contributions to modern man's stomach. And who could argue? Whether you're trying to cut 5 percent of your body fat or plug an inch on your guns, you need plenty of the protein found in meat.

Our appetite for animal proteins is stronger than ever. Research at Public Health Nutrition found that red meat consumption has continued to rise throughout the United States, Europe, and the rest of the developed world. Despite the health benefits of poultry being common knowledge since 2011 and in spite of the expense relative to other protein foods, Americans were still eating more red meat (58% of total consumption) than any other kind.

However, that is slowly changing because of market prices. In 2013, the average price per pound of beef was $5.36, up from $3.32 per pound in 2002. This forced people to eat more chicken than ever before, so much so that it surpassed beef in terms of total consumption. In fact, beef has become so pricy that red meat now holds the honor of being the second most shoplifted item in the world.

But there is a way to get more meat for less cash without having to eat chicken for breakfast, lunch, and dinner: buy the meat nobody seems to want. It's sometimes called offal, and when cooked with a dash of skill it's incredibly tasty and tremendously good for you. 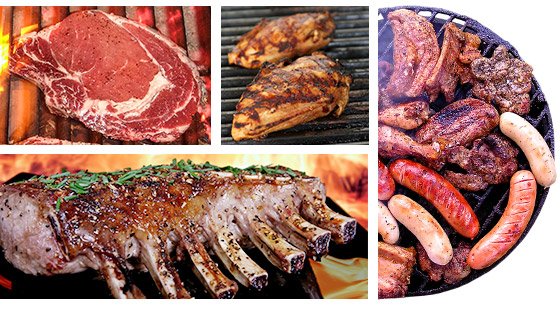 "Bodybuilders and strongmen have been eating liver, heart, and tongue since the 1900s," explains Adam Farrah, a nutritionist and author of "The Paleo Dieter's Missing Link." "Relatively speaking, chicken breasts and egg whites are very new bodybuilding staples, and diets heavy in fats and organ meats from healthy animals have been the norm much longer than the fat-phobic ideals that are more or less pervasive in the current mainstream fitness community."

You Look At Me Like I'm Just A Piece Of Meat

Less than 50 years ago, the hard-working individuals who built this country weren't dining on the typical feather-light taste sensations you see on today's plates. Instead, our fathers and grandfathers loaded up on hearty protein-rich dishes made from the stuff that some of today's butchers foolishly classify as "dog meat." And in most instances, it is less calorific and more nutritious than the average T-bone.

"It's only in the modern, pre-packaged, processed, marketing-driven and sterile world that we avoid the more intense flavor and texture of proteins that were once considered the most nutritious parts of the animal," says Farrah.

"Just like we're returning to our training roots with barbells, kettlebells, and functional bodyweight movements in warehouse gyms, we're also returning to our dietary roots with Paleo and Ancestral ideas becoming more and more prevalent in even conservative training and nutrition resources."

So if you want to feed your muscles more but spend less, then here's how to become a very smart meathead.

Lamb might be one of the tastiest meat options, but it can make light work of your funds. There is an easy solution: make like "True Blood" with a bite to the lambs' neck. 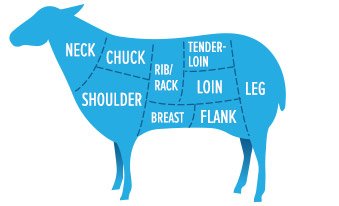 Why is it so good?

The neck might have 6 grams more fat than the choice cuts, but it'll take you all of two ticks to trim off the excess wobble.

"And often the fat difference is due to the weight of the bones in the cutlets," says sports nutritionist Gavin Allinson. When it comes down to the meat, the neck is richer in energy-yielding B vitamins, iron, zinc, and magnesium. "All of these boost your athletic performance by improving endurance, boosting testosterone, and helping you recover faster," he adds.

The fancier lamb cut does fight back with more selenium—a trace element with antioxidant properties—and slightly more calcium. But overall you'd be hard-pressed to separate these protein-rich slabs, except in price. So the thinking man's choice should be with the neck.

This recipe from "Palm Sized Plan," by Matt Lovell (Buckingham Book Publishing, 2011), is a hearty meal that'll serve a handful of your friends for less than the cost of buying them each a round. 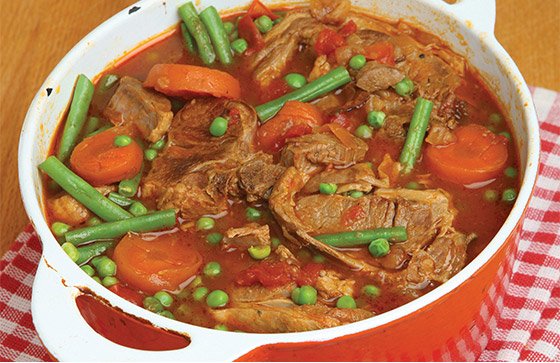 Your average supermarket sells only 6-8 of the most popular cuts of beef, and the cow is a big animal. Here's what you're missing out on. 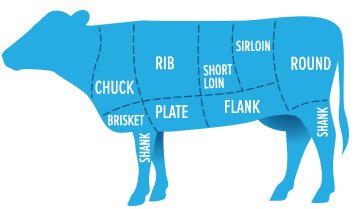 Why is it so good?

When beef roast joints and cheeks lock horns, the winner stands strong: the cheek. They're higher in protein and lower in both fats and calories, making them the ideal choice for those looking to get lean while adding muscle.

The cheeks also have more immune-supporting vitamin C and vitamin B, and 210 percent more iron. "They're a very nutrient-dense food that will support any sportsman's muscles far better than the traditional cuts of beef," says Amy Kubal, a registered dietician who works with athletes.

So if you're after a solid nutritional ally that'll keep your performance jacked and your wallet slim, this is how you take the bull by the horns.

Enjoy this recipe from Allinson that'll turn cheap ingredients into an expensive-tasting feast. 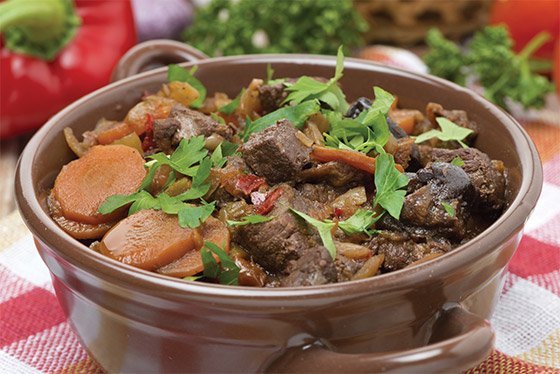 
Know The Source Of Your Animal Protein

Before you head off to your local butcher, it's worth taking a moment to consider where their joints of meat came from.

"Since organ meats and the other proteins are so concentrated in nutrients, they can also be more concentrated in toxins when the animals are coming from a conventional, factory-farmed setting," says Adam Farrah, a nutritionist and author of "The Paleo Dieter's Missing Link."

"Organs like the liver and kidney actually process toxins so they can be more concentrated sources of things you don't want in your body. Always go for free-range, organic, hormone and antibiotic-free animals. Local is best, and the animal should be fed its appropriate diet—cows are meant to eat grass—not grains, soy, or worse."

Get to know your local farmers, and know what goes into the bodies of the animals you're planning to put into your body.

You might chew through rolls of sausages at just about every barbecue, but you're paying through the nose for this privilege. Here's how to pig out on this at a far healthier price. 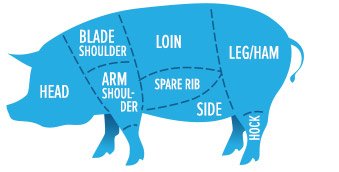 Why it's so good?

These two cuts level-up against one another near perfectly, leaving their fat and protein content as the decider. So while pork is touted as the "other white meat" because it's so lean, there are occasions when a little fat is just what the doctor ordered, especially if you're trying to add muscle.

Weightlifters with the highest fat intakes also had the highest testosterone levels, according to a study in the "American Journal of Clinical Nutrition." "For muscle gain, two principles are key: maximizing your testosterone output and calorie intake, something animal fat does with its high calorie and saturated fat content," says performance nutritionist Ben Coomber.

And with the cheek far outweighing the skinny chop in the fat stakes, you'd be a Muppet if you didn't use a slab of Miss Piggy's undercarriage to add inches to your chest.

All that fat is a waste unless it's turned to crunchy crackling, so we turned to the king of crisp, celebrity chef and restaurateur Jamie Oliver, for his take on getting your pork up to scratch. 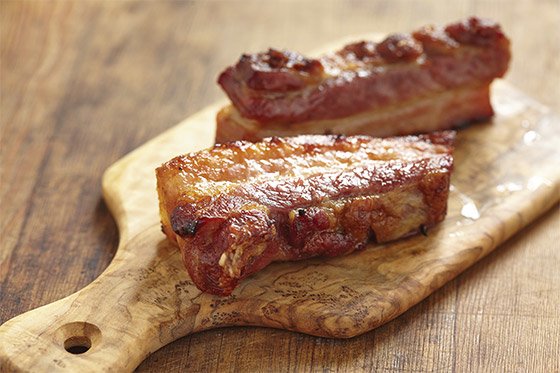 The average American eats 60 pounds of chicken each year, largely because it's so versatile and half the price of beef, pork, or lamb. But there is a way you can knock down your white-meat bill without resorting to snacking on chicken feet. 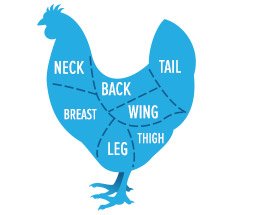 Why it's so good?

You may not be used to thinking of the liver as chow, but it's a nutritional juggernaut that has almost three times the vitamins and minerals of the breasts.

"The liver offers more protein for less calories and has a staggering 272 percent more vitamin B than the breast," says Coomber. "So if you're after an energy boost then the liver is going to serve up a noticeably bigger oomph than any breast could hope to deliver."

In short, liver delivers a thorough knockout in nutrition and price, so the only belt left to win is in taste with the recipe below.

Use this recipe from sports nutritionist Matt Lovell after a training session or anytime you want a new take on that tired old chicken. 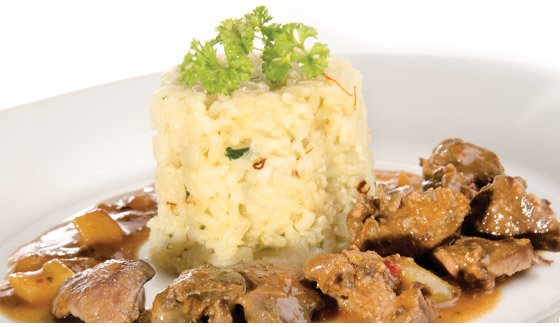