This year's Arnold Classic continued its tradition of bringing the very best to the stage. After prejudging, it looks like Dennis Wolf and Shawn Rhoden will duke it out for the trophy!

The Arnold Classic prejudging is an event all its own. Although Veterans Memorial Auditorium wasn't as full as it will be tonight for the finals, there were plenty of fans voicing their approval for the favorite IFBB superstars.

This year, the stage is home to a number of absolutely amazing physiques—and there's no clear-cut winner. Roelly Winklaar's injury opens up a spot in the lineup, a huge gift for the hungry younger guys ready to step in to the limelight. The tough competition will make tonight a thrilling event!

Here is how prejudging went down. The competitors are listed in numerical order. 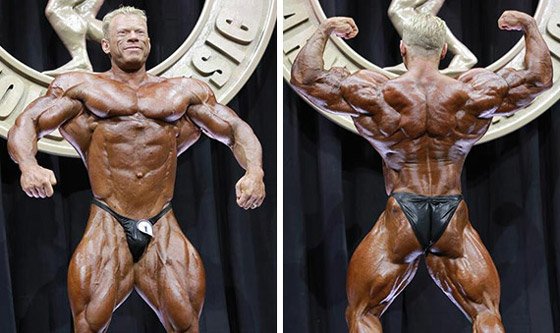 The big German is looking for his first major bodybuilding win and he isn't feeling patient. He came onto the stage full and confident. Normally his calves are a weakness, but he has obviously focused on them in preparation for Columbus. Coming in at nearly 280 pounds, he was ripped and among the biggest. He lived up to the hype and may very well take the first big title of his career tonight. 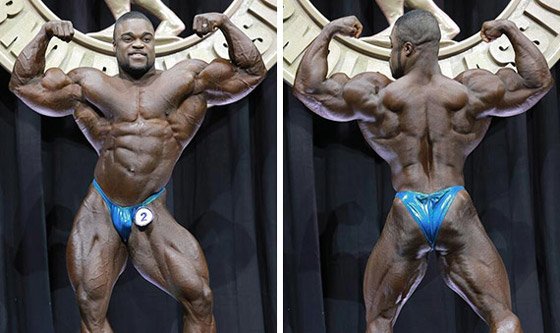 Brandon won the 2013 Arnold Brasil and wants to add Columbus' version of the competition to his resume. His conditioning was a little off and he isn't the biggest guy on stage, but he presented himself well with good shoulders and arms. I see him around 9th or 10th—he just doesn't have the size to compete for a top position. 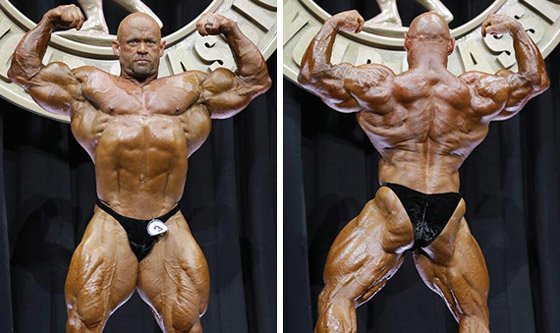 The two-time Arnold Champ is looking for redemption. After placing ninth in last year's Olympia, Branch put all he had into his preparation. He was grainy, thick, and big. Veins were popping everywhere. His legs were just as huge and as they've always been, making his upper body appear smaller than it really is. I'm not sure if he'll win but, he definitely showed the world the "Quadrasauras" is back! 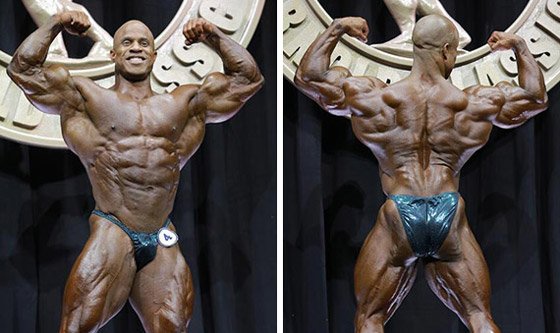 Victor won this show in 2007 and also won the 2011 Arnold Europe. He brought an excellent package to prejudging today. He had great shape and round muscle bellies, but could use a little more size, especially in his quads. I've seen him look better from the back, but overall he showed well. He definitely had crowd support, which could help him land in the top five. 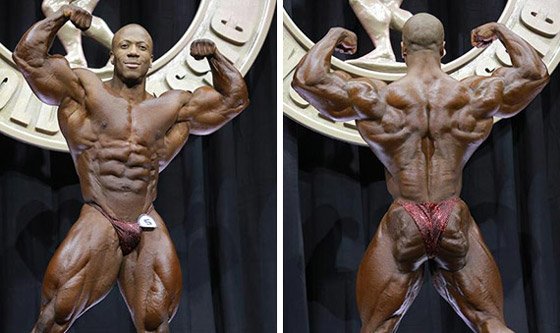 Shawn placed in the top four at the Olympia in last year and showed the bodybuilding community that he's here to make waves. His masterful posing showed off his impressive symmetry, tiny waist, and huge lat spread. He might need more chest thickness, but he has the look of a champ. If Shawn can bring it tonight, he'll make the judge's choice a tough one! 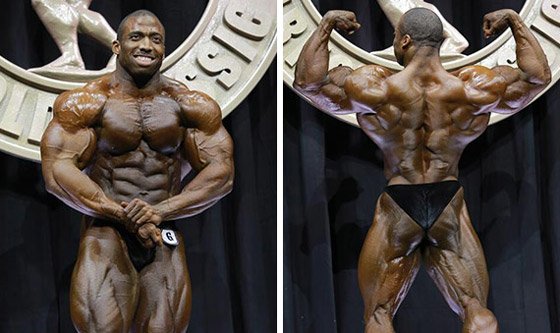 Cedric has had his ups and downs in recent years. Although he displayed good size during prejudging, his conditioning could be a little better. I see him in the top five, but I don't think he'll grab the "W." 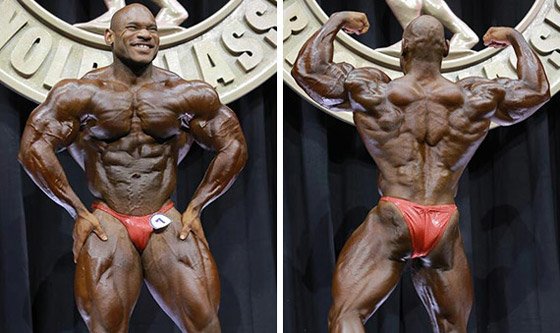 Fred is in good condition, but he needs more size to stand out in this lineup. There is just too much muscle in the top six for him to crack it. Expect to see him finish among the bottom of the field. 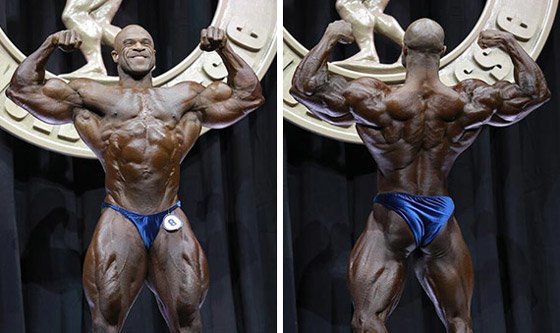 The Indiana native came in good shape, but his calves are too small, making him look unbalanced. If he wants to compete in this group, he'll have to put on more size. I can see him finishing in the middle of the pack. 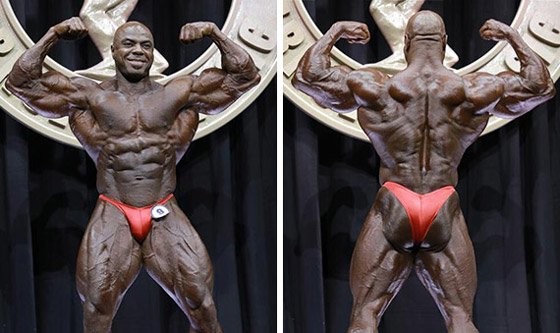 At 47, Toney is the oldest guy in the lineup. His age doesn't seem to be a hindrance, though. His muscle maturity shows in his wide, detailed back. I've seen him look more conditioned in the past, and his chest didn't quite look thick enough. I have him around placed in 7th or 8th. 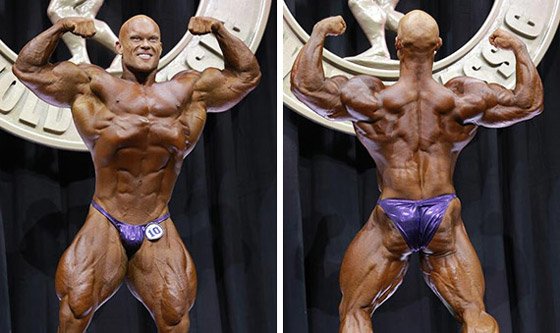 Big Ben brought his signature legs with him to Columbus, and they looked bigger than ever. Unfortunately, his big lower body overpowers his upper body—his arms almost look small. In a regular show, he'd compete for the win, but in this competitive lineup I have him around 9th. 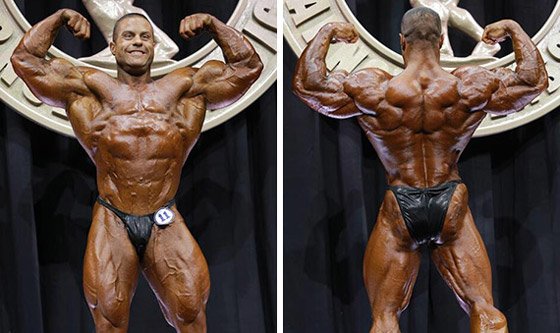 Evan made improvements to his chest, but it still needs to be a little thicker to match his big arms and shoulders. Despite this flaw, he brought great size and conditioning. I think he belongs in the top five, but I'm not sure he has enough to take the win. The Connecticut native has a bright future. I think he could have many Arnold Classic wins before it's all said and done.

The guys I see competing for the win will be Dennis Wolf and Shawn Rhoden. They just out-shined their competition. Cedric, Evan, Branch, and Victor will probably round out the rest of the top six. If Winklaar had been in this lineup though, I think things might look a lot different.

The finals tonight will be exciting to say the least. Make sure you tune in to the webcast featuring Mike O'Hearn and Dave Farra at 7:00 P.M. EST here on Bodybuilding.com!