This evening, the 2013 Olympia stage was given over to the glitz and glamour that is the bikini division. With big names like Nagrani and Baird out of the running, the competition was as intense as it gets.

Among the ranks of gorgeous women, Ashley Kaltwasser rose to the top! A new face in her division, Ashley turned pro in 2012. But apart from a 10th-place finish at this year's Arnold, she's been in the first or second spot in her last six competitions. Ashley fits the bikini division to a tee—and tonight she was amply rewarded! 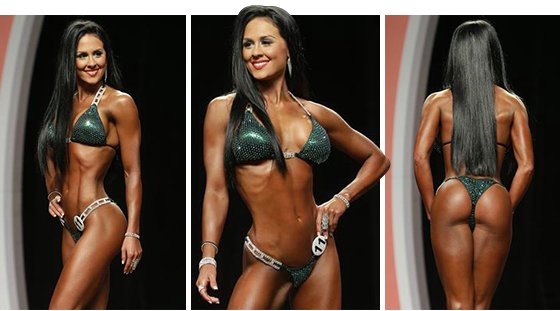 New Yorker Yeshaira Robles came in second. Since her ninth-place finish at the 2012 Olympia, Yeshaira has been on a roll. She earned fourth at the 2013 Arnold Classic and won the New York Pro. Stacey Alexander took third, a gigantic leap from that dreaded 16th spot she was in last year. Stacey may not have been on your radar, but she brought that curvy, fit physique the bikini judges love.

Fourth place went to Nathalia Melo. She looked incredible, but was probably a little too hard for a top-three spot. India Paulino earned fifth place and crowd-favorite Amanda Latona jumped up a spot and came in sixth.

The ever-expanding talent pool makes the Bikini Olympia fun to watch. Nobody has ever won this contest twice in a row. Before we worry about next year, though, we'll let the competitors enjoy tonight's success.