Iris Kyle is looking to break records this year with a ninth Olympia win—placing her in a league of her own. But, 12 other competitors are looking for their own taste of victory.

Iris Kyle has tied the all-time record for eight Olympia titles. She's in good company with Lee Haney, Ronnie Coleman, and Lenda Murray. But, this year, she hopes to break into a league of her own and take the crown in her ninth win.

If she looks anything like she has in the past, we'll witness a historic event in bodybuilding. But, it might not be that easy. Twelve other women, including one who's already tasted victory on the Olympia stage, have their sights set on the title. 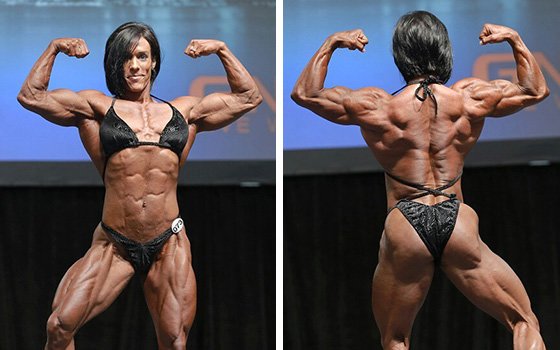 Jennifer began in the figure division and moved to bodybuilding in 2009. She won her pro debut at this year's Toronto Pro show based on her shape and conditioning. She's definitely entering deep waters with her second pro show being the Olympia.

As one of the smaller competitors in the lineup, she'll have her work cut out. If she brings a similar look to Vegas, she'll have a chance at moving into contention for the top six. 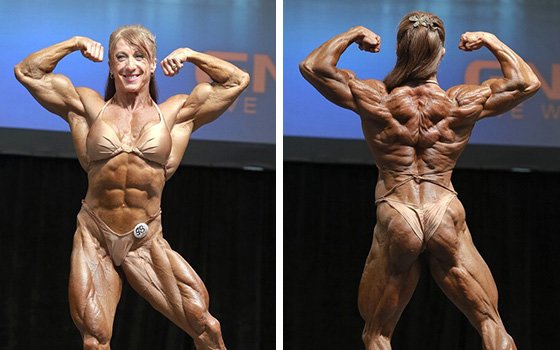 Rita took her conditioning to a new level at the Toronto Pro show. She looked like a living version of the BODIES The Exhibition museum exhibit—photos didn't do her justice. The judges ultimately deemed it too much, and she was relegated to third. She downsized in muscularity a bit and looked less peeled when she followed up her third-place finish up with a second place.

Hardcore bodybuilding fans will love seeing Rita take the stage; she's big and totally ripped. The judges won't likely agree. I see her out of the top six. 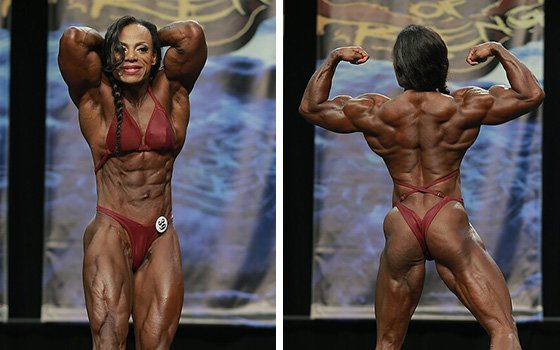 She's only done a few shows, but Juanita was able to get in with a lone second-place finish at the Chicago Pro. Those four points she earned for second in the Olympia Point Series granted her a spot in the lineup. She turned pro at the 2012 NPC Nationals, and has managed to compete at the Olympia in her first pro year—no easy feat.

While she was in the dreaded 16th spot at the Tampa Pro last month, she has nice structure and the potential to do well in the future. She needs to work on bringing tighter conditioning, but she won't be in the last spot her first time out. 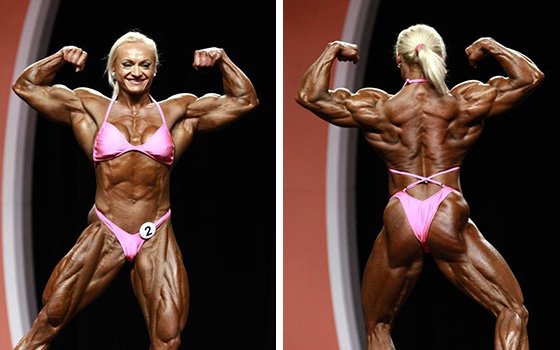 This will be Brigita's fourth appearance on the Olympia stage. She placed fifth in 2012 and third in 2011. The last time we saw her was on the Ms. International stage in Columbus, Ohio, where she finished fourth. She has massive delts, but is a little thin in the legs—especially from behind. She could challenge for the top six, and I see her somewhere in the 6-8 range. 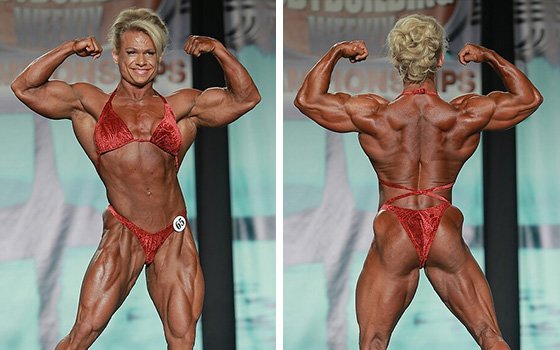 Tina will be competing in her fourth Olympia. Her highest finish to date on the big stage is eighth, and if she brings in tighter conditioning than we've seen from her in Chicago (third) and Tampa (fourth), she could make a run for the top six.

She doesn't have the best structure and genetically lacks abs, but posing to her physique's strengths should help. 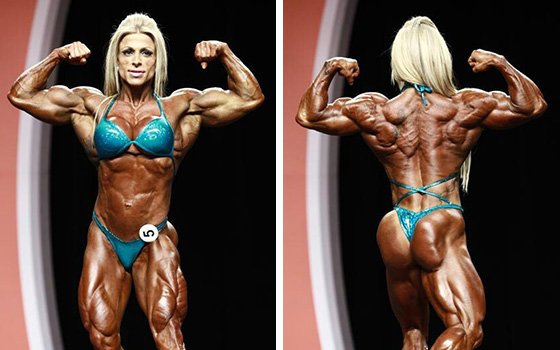 Anne qualified via a second-place finish in Toronto. People in attendance wouldn't have argued if she had won, or at least I wouldn't have. She has crazy quads, wicked arms, and pushes her conditioning to the max. A few minor tweaks and she'll move up in the hunt. Her biggest challenge is posing.

She tends to not keep her stomach in when she hits poses, which I find distracting. She has great legs and a ridiculous booty but needs more thickness and detail in her back to hang in the top spots at this level. She took eighth at the Olympia last year. I could see her in a similar spot again this year. 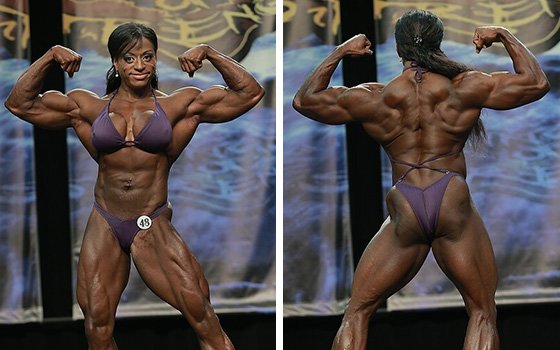 As Monique Jones heads into her third Olympia, she's the best she's ever looked. She has a tremendous frame and continues to grow into it. She has a huge upper body with an incredible back. Her arms have come up, and her overall upper body is on point. She could add some size to her legs to help give her the illusion of a smaller waist.

If she can add a bit more detail to her back, she'll move into the top three. While I don't see her there yet, she could be in the 5-6 spot this year. 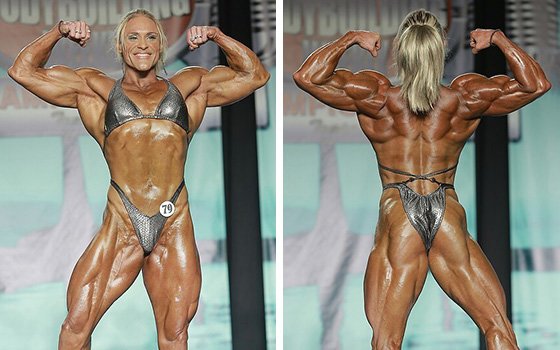 It's quite an accomplishment to be on the Olympia stage in your second pro show ever. Tammy achieved pro status at the 2012 IFBB North Americans in Pittsburgh. She made her pro debut at this year's Tampa Pro and took top honors. It wasn't a call I saw coming, but props to her for winning her debut.

She's a taller competitor, has nice shape, and looks better in some poses than others. She's got great calves, nice hamstring separation from behind, and solid conditioning. Her lats could be wider, but there's no question that this rookie can hold her own. 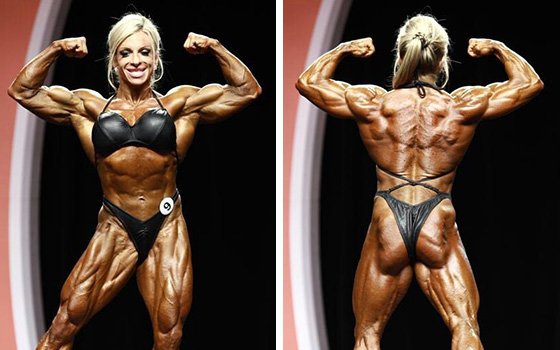 Debi has steadily moved up in the ranks. She's come close, but no victory cigar yet. Debi was the bridesmaid last year. This year she hopes to move up one spot, dethrone the champ, and become a full-fledged bride. Can she do it? Only if Iris is off, and Debi has added size to her physique, comes in ripped, and tones down that too-dark tan she had on the Ms. International stage. That's no slight on Debi— Iris is just that good. 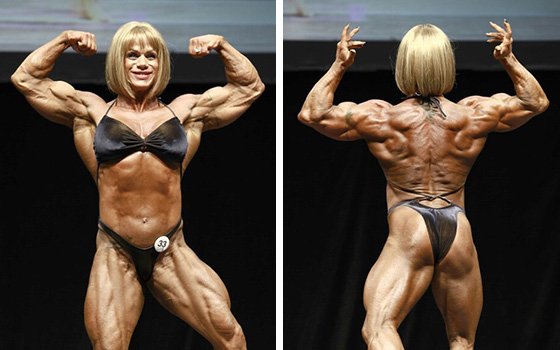 Cathy has been competing in the Olympia for more than a decade. She's been up and down in her placing lately and, while she continually comes in looking good, she's not known for ranking high.

She placed 13th at the 2011 Olympia and the highest she's ever placed was fourth. Cracking the top six would be a victory for her. Cathy did better when there were weight classes—she lacks size when standing next to the likes of Yaxeni and Iris. 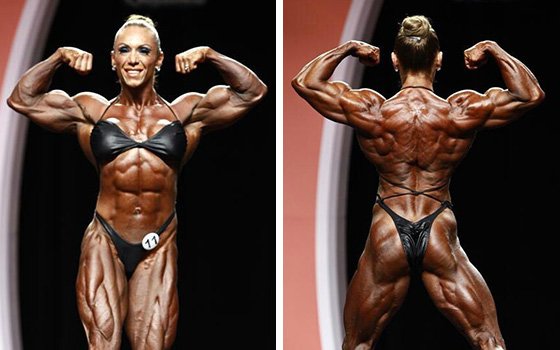 Yaxeni is coming back to the big show looking to reclaim her 2005 title. She was runner-up at this year's Ms. International, and last year Yaxeni was relegated to third at the Olympia.

She's beaten Iris before, but to do it again, she'll need to be at her best and catch Iris off. While I don't see her winning, I see a close battle between her and Alina for second. 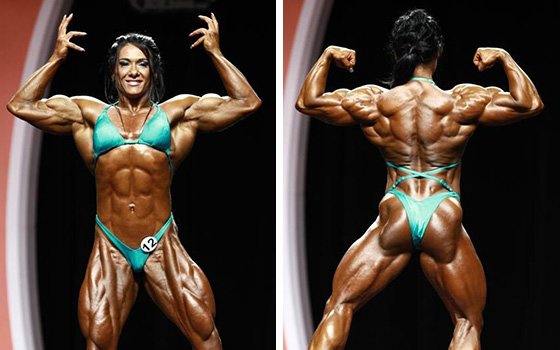 This will be Alina's third Olympia—she took fifth in 2011 and fourth in 2012. This year, she should be in prime condition. Alina has had a consistent training camp in Denver, so look for her to be a bit bigger after taking the year off. She's one of the most feminine bodybuilders in the show, and her shape and structure are tremendous. If she nails her conditioning, look for her to be in standing next to Iris for the win. 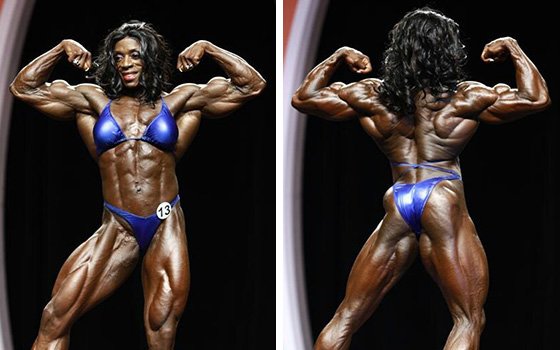 The only person who can beat Iris in this show is Iris —that's the consensus with female bodybuilding fans, and it's tough to argue. Iris has won seven years in a row and has a total of eight Olympia titles on her competitive resume.

Her shape, size, and conditioning are tough to beat. If Iris duplicates the formula she's shown the previous few years, she'll become the all-time Olympia titleholder.

The bottom line: Don't bet against her making history on Saturday night.