The Fitness Olympia is unique to this weekend's competitions. It includes a choreographed gymnastics and strength routine which asks these incredible women to showcase their true fitness!

Adela Garcia will attempt to etch her name into the history books one more time. She won the Fitness Olympia the past four years, matching Susie Curry's streak from 2000-03. Adela also won in 2004, 2006 and 2007. Her seven titles put her in elite company. An eighth title in 2013 would tie her for the most Olympia title in history.

You have to go all the way back to 2005 to find a time where Adela failed to win the Olympia. Despite Adela's unmatchable success, there's an interesting twist to this storyline. Adela is coming off a second-place finish behind Oksana Grishina at the Arnold Classic Europa that was held last year after the Olympia. Grishina did what many thought was impossible, defeat the champ. No one had beaten Adela since 2007, but Oksana showed that on any given day anyone can be beaten.

Can someone dethrone Adela on this biggest of stages?

Adela has been the most consistent fitness pro for more than a decade. She continues to show up and do her thing no matter the odds. She battled back from what doctors told her was a career-ending knee injury. She sat out this year's Fitness International. The last time we saw her on stage was the Arnold Classic Europe where she was defeated for the first time in years. How will she bounce back? Will she set another record with five consecutive Olympia victories? Adela will be in the top two spots for the physique round. It will come down to where the judges perception of her in the routine round. She may make history once again. 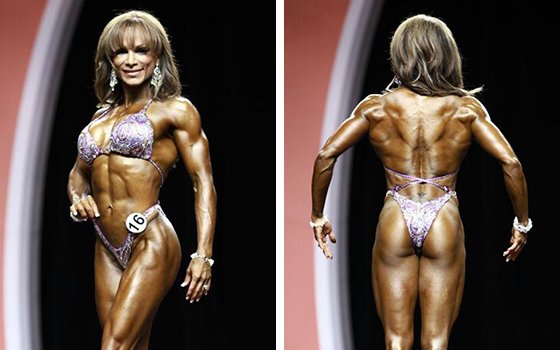 Oksana is the only woman in this lineup to beat Adela. She's become a fan favorite over the years with her performances. If you've never seen what Oksana brings to the stage for the routine round, you're missing out. Oksana always has a theme and combines strength moves with gymnastics and dance. She makes movements look easy, so easy sometimes that people forget the level of difficulty. Oksana continues to refine her physique and that's the round that holds her back from taking top spots more often. If she can land in the top spots in the 2-piece physique round and nail her routine she could be the new Olympia champ. 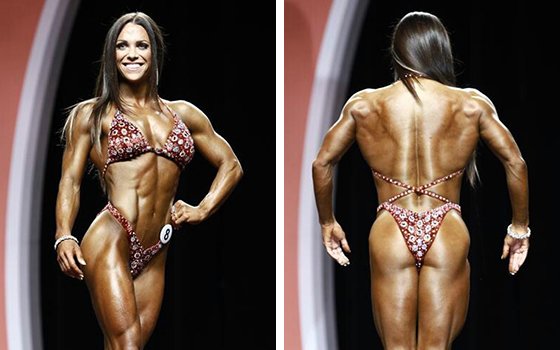 Myriam placed fourth at the Olympia last year and will look to knock Adela off the top spot. She totally changed her physique over the years and has the ability to perform an incredible routine. Myriam is strong and has sick strength moves. When her routine is full of strong, powerful music and movements, it seems more fitting than her attempts at being cutesy. She'll be a top contender. 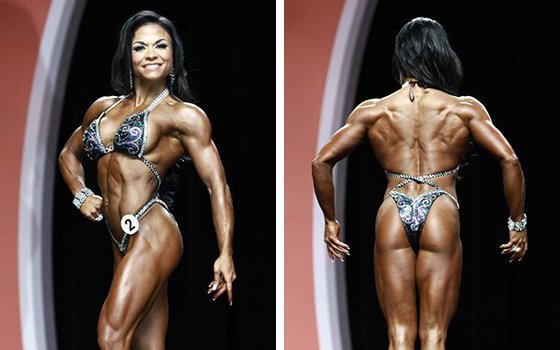 Tanji took the top spot at one of the two biggest shows earlier this year when she won the Fitness International. She has yet to beat Adela but has her sights set on accomplishing that challenge. She took fifth at the Olympia last year but has placed as high as second. Tanji is at her best when she brings high energy and enthusiasm to the stage. She's had some injuries along the way and we'll have to wait and see how, if at all, they affect her. If she's in shape and brings a high-flying routine once again, she'll be in the mix for the top spot. 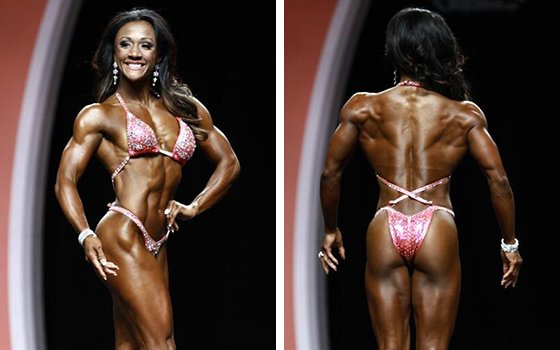 Natalie will make her Olympia debut in just her third show as a pro. She won her pro debut at last year's Pro World Championships in Florida but slipped to ninth at the Arnold Brazil. She has some incredible skill in gymnastics and has great strength moves. The question will be what condition she comes in and whether first-time Olympia jitters get the best of her? 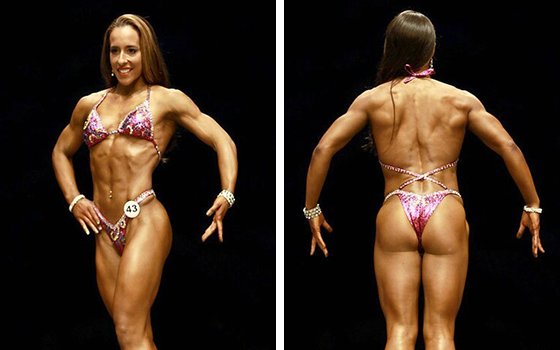 Bethany has one of the best physiques in the lineup and it could end up being between her and Adela for the win in the 2-piece round. She continues to improve her routines and she seems to have more fun on stage as time goes on. When she's on point you can tell immediately because she takes the stage with confidence. If she's just a little bit off, it shows in her stage presence. Look for Bethany to move up into the top three if she brings her best routine to date. 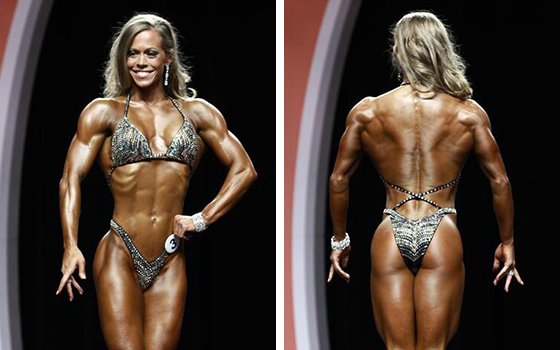 Ryall has been on a roll and won two of her last three shows. She has put herself in a position to move up from her seventh-place finish last year. I liked what she brought to the stage in 2012 and could see her being in the top five this year. Does she have what it takes to be in the winner's circle? She's getting there. She need a little bit tighter booty and a bit more thickness and width to her lats, but she's constantly improving. 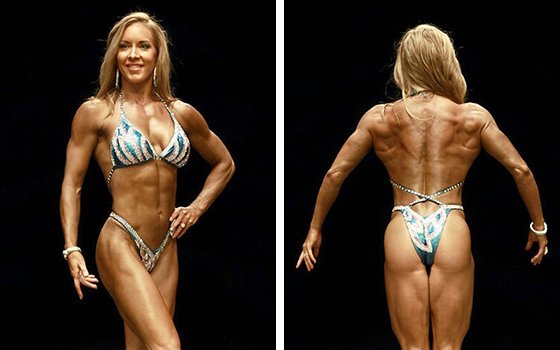 Blank recently took the reigns as the unspoken ambassador of Fitness. She doesn't do it by talking about it but rather by making things happen. She took that train of thought with her onto the stage and won her first pro fitness show in Tampa last month. Michelle will hold her own in the physique round and it will come down to how clean she performs her routine. She should be in the hunt for a top six spot. You can always count on Michelle to have fun on stage no matter where she finishes. 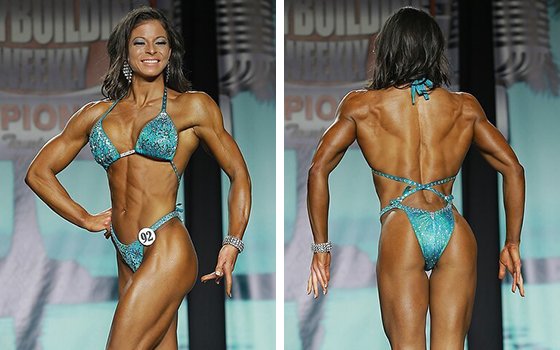 There were six women who qualified via the point series due to ties. Just because they didn't win a show to get in, do not rule them out for any of the top spots. They've been there before and can definitely end up there again.

Regiane should prescribe whatever she does before she takes the stage for her routine round. She is like the Energizer bunny and goes non-stop for two minutes. She has some crazy cool moves in her routine and sometimes they are so fast, so intense, and back to back that you miss them. She's not in the top three with her physique but makes up for it in her routine. She could be in the hunt for her highest Olympia finish. She placed 9th last year and 12th the year before. 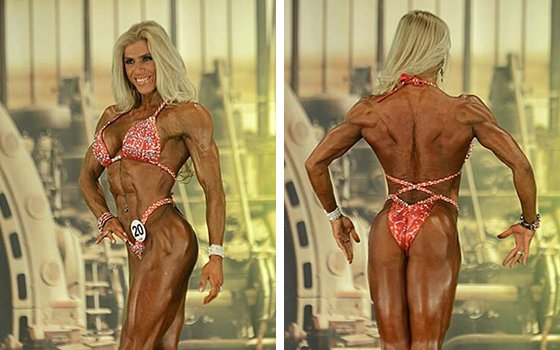 The Black Mamba is back! Warren made her return earlier this year after some time off to have a baby. Trish was on her way to a top Olympia spot before she found out she was pregnant. She'll share the Olympia stage with her husband Branch (imagine how much chicken gets grilled up in that household!). Trish finished in back-to-back fourth-place finishes this year at the Fitness International in Columbus and the Arnold Brazil. Trish can hold her own in both rounds and if her routine moves without many slow spots, she'll be in the mix. She has crazy strength, so the moves are never a problem, its more about the flow and choreography of her routine that keep her from placing in the top spot. Look for her to be back to top form. 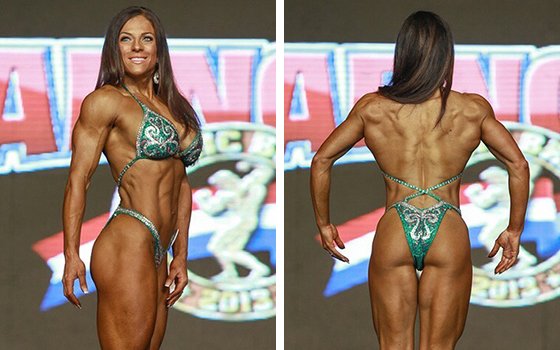 Whitney will make her Olympia debut and will be truly happy to be there. She finished a career high second place at the Pro Worlds Championship in December and has a pair of fourth-place finishes since then. She has the skill to do well in the routine round and just needs an error-free performance. Whitney continues to streamline her physique; her challenge is her conditioning. She's often hard in her upper body and a bit smoother in the lower body. If she's balanced in her conditioning she'll have a better chance at cracking the top ten. 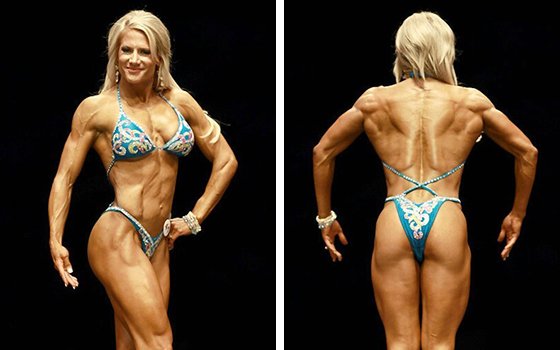 Diana placed 11th at last year's Olympia and if she can crack the top 10 it will be a victory for her. She continues to refine her physique but carries a lot of muscle. Competitors outside of the U.S. tend to carry more muscle than what's rewarded in the states. She'll need to be smaller and more conditioned than her appearance at the Arnold Brazil if she has any chance to crack the top ten. She has some entertaining moves in her routine that will keep her in the hunt. 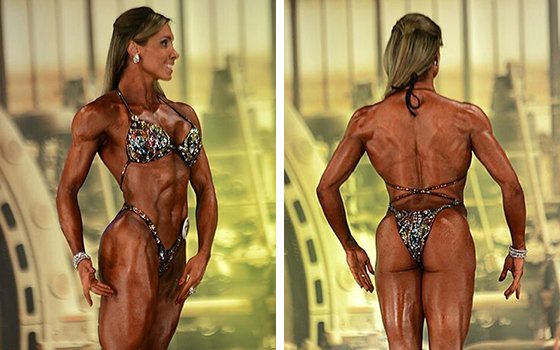 Nicole's biggest challenge is handling herself before she even makes it to the stage. She has the potential to be one of the best in the world of fitness. Nicole has high-flying, energetic routines full of incredible moves but she often gases-out by the end. Nicole leaves you wondering which version will show up every show. The Nicole who puts distractions aside and sticks to her contest diet can win, yet the Nicole that allows self doubt and excuses in distracts her from reaching her potential. I hope she brings a conditioned physique combined with the amazing dance and gymnastics we've come to love. 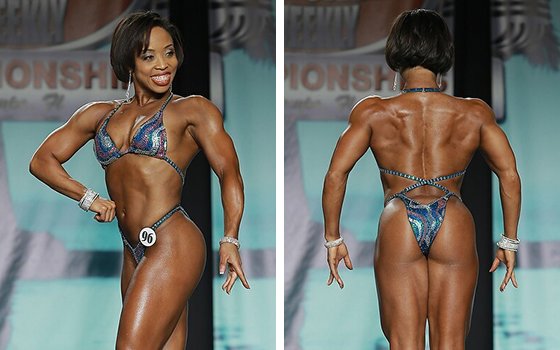 Fiona is a bit of a mystery. What will she perform in her routine and will she change things up from prior shows? She achieved pro status last year and has competed in a number of shows since then. Her highest finish has been third and she's improved her physique over the year. The biggest challenge for Fiona will be her routine. She tends to do quirky, cheeky themes and they don't really resonate with the judges. If she brings a new routine with something that resonates with the judges she'll move up from her 14th-place finish from last year. She has a good look and lots of potential. 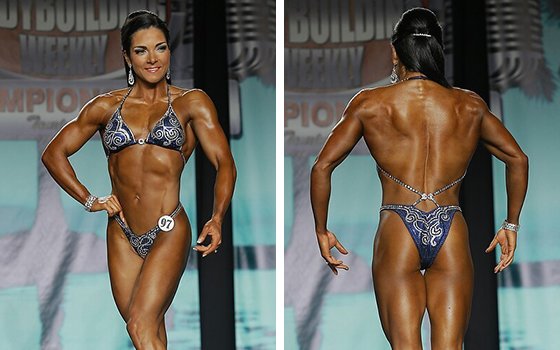 *Tina Durkin qualified for the Olympia and placed third last year. She had a surgery that sidelined her but look for her to be back next year. She has a great physique and her routines have improved immensely.