The Blade sliced through this year's field like butter, becoming a four-time Arnold Classic winner.

Forty-three-year-old Dexter "The Blade" Jackson sliced through the age barrier and diced the competition to win the 2013 Arnold Classic. The win tied him with "Flex" Wheeler at four total titles, cementing Jackson's place in IFBB history.

Make that entry in pencil, though. He may not be done.

Truth be told, Jackson made this win look easy. He faced no real challenge from the rest of the field. So dominating was his win that the judges didn't even call him back for a final comparison in the last callout during the judging. This was the same dominating Dex that we saw at the afternoon prejudging.

Jackson has been competing as a pro since 1999, after winning the IFBB North American, and his amazing conditioning earned him the nickname "The Blade." It's been a double-edged sword, though, because everyone seems to compare his conditioning with his past incarnations. He's looked great on stage next to the other guys, but since he wasn't quite as crisp as a few years ago, people would say he was "off" or holding water. Based on his placings from 2010 to early 2011, it appeared that Jackson might be on a downward slide. So much for that theory. 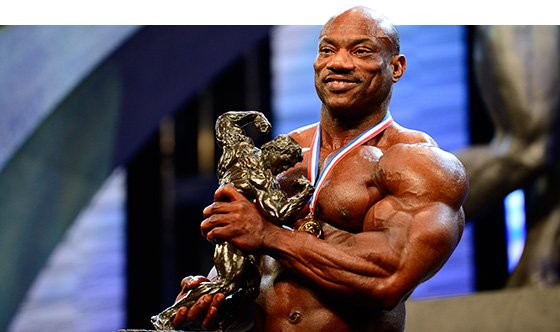 Runner-up Ben Pakulski showed he is a force to be reckoned with on the pro circuit, and that last year's high placing was no fluke. He's made noticeable improvements to his barn door back, and he truly deserved second place tonight.

I had Cedric McMillan finishing fourth, but the judges placed him sixth. Sure, he was a tad smooth, but his size and shape overwhelmed the two men who placed ahead of him: Johnnie Jackson and Hidetada Yamagishi. Before we move on to the routines, here's the final scorecard:

Anyone who thinks bodybuilders are masses of immobile muscle should check out the Arnold. There's enough flexibility, body control, and dance moves on display to belie that notion for good. Here are some back-of-the-envelope notes on these entertaining routines:

Abiad's army of fans was treated to a display of hardcore muscle. He held his conditioning from the afternoon judging and wowed the crowd with his 2013 "Rebuild."

It was good to see Charles back on the Arnold Classic stage. He did a modified lock-and-pop routine that electrified the audience. His legs were down in size a bit from past presentations, but they were never his strong point, anyway. It's just amazing that he's still going strong, having done his first pro show back in 1992!

The "X-Man" did his trademark slow-mo routine and held each pose to perfection. The lighting was different from the afternoon judging, and it looked like Freeman's legs needed more fullness and separation. 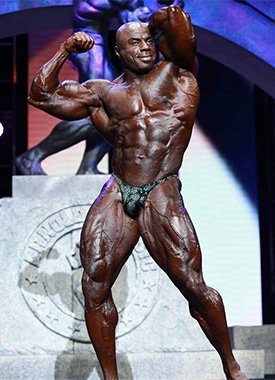 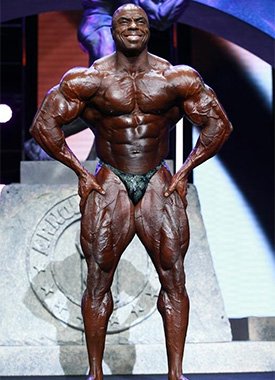 This guy is just fun to watch pose. He moves and glides and wiggles and sort of writhes. It's hard to even describe. If you missed it, you'll just have to watch the webcast replay. Check it out!

He did the normal routine with slow spins combined with powerful muscle shots. I was sitting next to his trainer, Charles Glass. Let's just say he was beaming from ear to ear with pride when his star pupil was on stage. 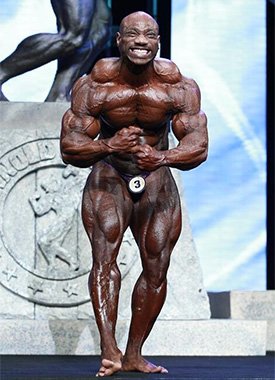 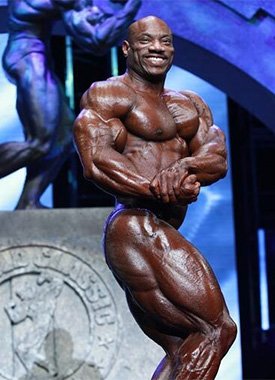 Jackson showed his fans how he and Branch Warren cook up muscle, Texas-style. He's got amazing overall mass and some of thickest traps in the sport. 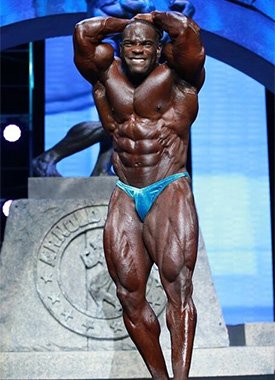 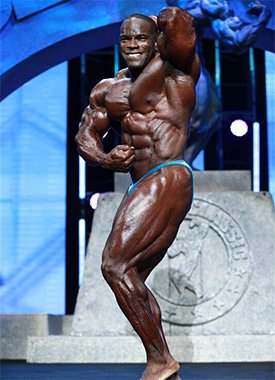 The man from Greece just wasn't himself, and he didn't show the amazing conditioning he is known for.

After fading this morning, Cedric came back strong during his routine. He also improved his coloring and didn't look washed out tonight. His improvements solidified his place in the top six. I expected him to be higher. 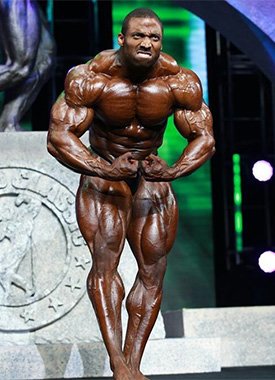 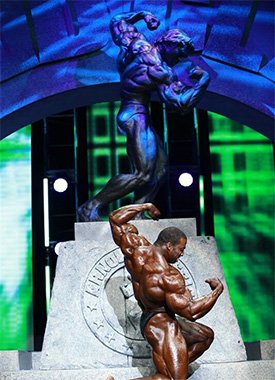 The crowd loves the PakMan and it erupted during his routine. He sticks out his tongue and hits most musculars like he came out of the womb that way. He was also very sick for the last 24 hours, consuming no solid food, and no one even knew. That's amazing! 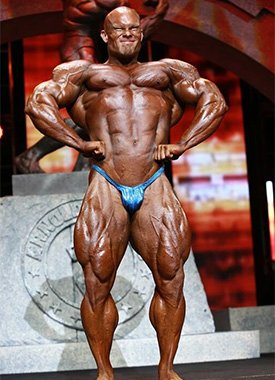 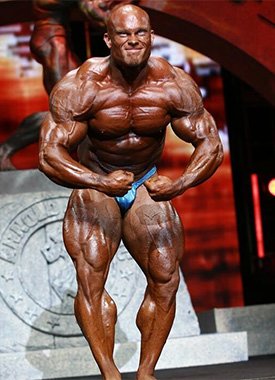 The man has shoulders you could land a plane on and a wasp-like waist. He's an all-around big dude with good conditioning, but he still needs more torso thickness.

The Rock has improved his posing and presentation over the years, but his conditioning was really off this year.

Fred "Biggie" Smalls truly enjoys the presentation round and it shows. He combined poses, dancing, lock-and-pop, and moonwalks. He got one of the loudest ovations of the night.

Hide's physique has a striking similarity to Rich Gaspari's. Even the poses he strikes have a "Dragonslayer" flare to them. It's probably no coincidence that one of his sponsors is Gaspari Nutrition. Hide broke his wrist a couple weeks ago, but it didn't seem to affect his presentation. 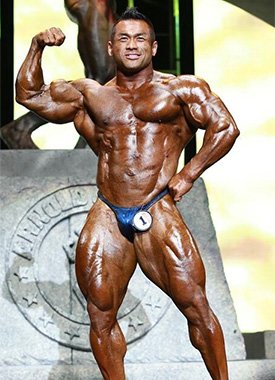 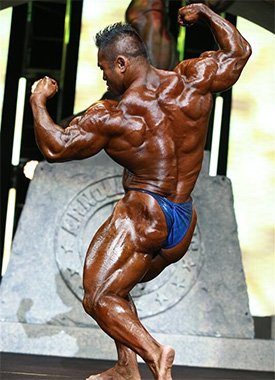 Almost all of the Arnold Classic Champions were presented on stage. The following were here tonight:

To top it off, the big man himself, Arnold Schwarzenegger, joined the men on stage for a once-in-a-lifetime photo opportunity.

In keeping with tradition, the Lifetime Achievement Award was again presented this year. The recipient was none other than Rich Gaspari, the first Arnold Classic Champion and current owner of Gaspari Nutrition.

Dr. Terry Todd was awarded the "Golden Dumbbell" for creating the Strongman competition.