The Arnold Classic announces it will celebrate its 25th Anniversary during the 2013 Arnold Sports Festival in Columbus, Ohio.

COLUMBUS, OH - The Arnold Classic will celebrate its 25th Anniversary during the 2013 Arnold Sports Festival by honoring all former past winners of the men's professional bodybuilding championships named in honor of Gov. Arnold Schwarzenegger, the sport's greatest champion.

Rich Gaspari, who won the inaugural Arnold Classic in 1989, will be honored with the 2013 Lifetime Achievement Award during the 25th Anniversary Celebration. (See details below.)

"We look forward to welcoming all of our great Arnold Classic champions back to Columbus for our 25th Anniversary," said Jim Lorimer, who co-founded the Arnold Classic with Schwarzenegger in 1989. "The Arnold Classic has grown over the years into one of our sport's most prestigious events, and was the catalyst for the Arnold Sports Festival - the nation's largest multi-sport festival."

Fourteen men have combined to win the previous 24 Arnold Classic titles. Wheeler (four), Cutler (three), Jackson (three), Levrone, Greene and Warren (two each) have accounted for 16 of the 24 titles. 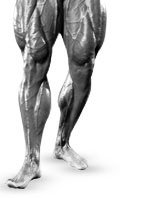 Rich Gaspari, who won the inaugural Arnold Classic in 1989, will receive the Lifetime Achievement Award at Arnold Classic on Saturday, March 2 at Veterans Memorial.

In addition to winning the first Arnold Classic, Gaspari's past titles also include Mr. America (now known as the NPC Nationals), Mr. Universe, Professional Mr. World and three-time runner-up at the Mr. Olympia.

Over the past 15 years, Gaspari has developed a brand of supplements under the Gaspari Nutrition brand into one of the most formidable and popular lines in the world. Gaspari's determination and love for the sport of bodybuilding has helped his successfully transition from a competitive bodybuilder into an active CEO who tours the globe teaching fitness to others and supporting the sports of professional and amateur bodybuilding.

Wanna be known for garden-hose veins, insane striations, and a champion's physique? Then you gotta get ripped like Rich.

For more information, including schedules, locations and hours, visit arnoldsportsfestival.com.