Experience pays dividends in clutch situations. Nobody is more prepared for pressure than Yaxeni Oriquen-Garcia. She wants to prove that her recent wins are no fluke!

Owning a competition record older than a few of her fellow competitors proves that perennial Olympia threat Yaxeni Oriquen-Garcia has the hard-won experience and physical attributes necessary to win. She has been there before.

In 2005, and riding high after a big win at the Arnold Classic, Oriquen-Garcia pulled it all together to beat the world's best female bodybuilders at the Olympia. Since then she has strung together a formidable record of pro placements, including two more Arnold Classic titles.

At 5-foot-7, and sporting a massive offseason bodyweight of 185 pounds, Oriquen-Garcia has little difficulty out-massing the competition. Her most recent win came at the 2012 Arnold Classic after a second-place finish at the 2011 Ms. Olympia. Standing in her way, however, is the seemingly unstoppable seven-time champion Iris Kyle.

Can Yaxeni win another Olympia title or will Kyle remain the undisputed champ? It's another great storyline coming into September 28.

Yaxeni's confidence is stronger than ever. Her motivation, and desire to reign victorious seethes in her buildup to the Olympia.

Q
You have competed at the pro level since 1994, won the Arnold Classic five times, and the Olympia once, yet you still continue to improve. What has enabled you to continue bringing your best package year after year?

In years past, I brought a bigger physique. However, the focus over the past three to four years has been on bringing a leaner, dryer package with better muscle separation.

Throughout your long bodybuilding career, what has been your best competitive moment?

Clearly 2005 was my best year. That year I won both the Olympia and the Arnold.

You looked incredible at last year's Olympia. What physical improvements have you made since 2011?

In 2010, I realized I had reached a plateau and needed a little extra help. Luckily, I found a trainer from Argentina, Alberto A. Calabrese. He has helped me tremendously with body fat management. My conditioning over the past two or three years has improved from show-to-show. 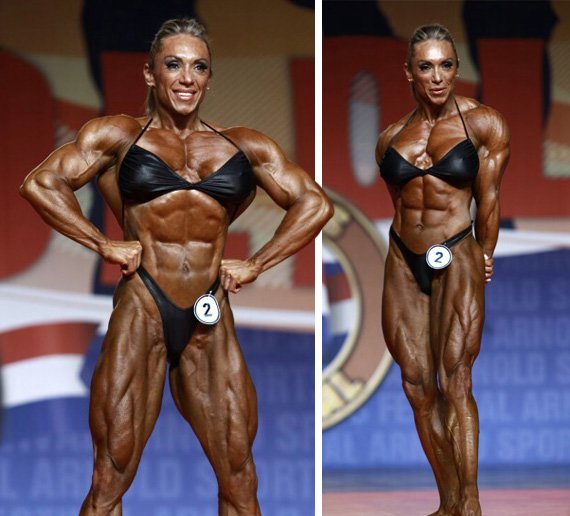 How have you approached your training for this year's Olympia? Compared to your 2011 pre-Olympia preparation, have you made any program changes?

The only difference this year is that I maintained 8 percent body fat during the offseason. I have paid close attention to my diet in addition to my workout plan. I have tried not to leave the door open for any other competitor.

What is your nutritional strategy? How does your diet change from offseason to pre-contest?

All year I focus on my diet to maintain my muscle mass. Basically, a high-protein, low-carbohydrate, low-fat diet is what I eat all year. In the offseason, I may relax on weekends and drink a little wine. 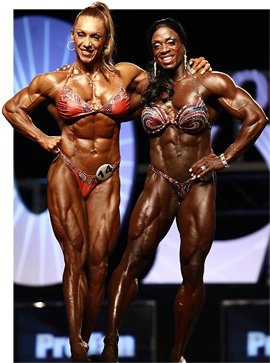 What training and nutritional changes will you be making as the 2012 Olympia draws nearer (especially in the final 2-3 weeks)?

I no longer cut my carbohydrates, and eat seven times per day. The rest is a secret.

I'm very focused on achieving my goal. I have military-like discipline; but I always keep my eyes open in the rest of my life. Nobody can tell I'm dieting because my personality does not change. I'm always the same. Some people note that my face gets small.

How would you describe yourself as a competitor?

I'm a professional competitor. I always put a lot of attention into each and every detail. There is no room for mistakes on contest day. I work to be at 100 percent.

Compared to other high profile IFBB pro events, what is it like competing at the Olympia level? What is the atmosphere like for you?

The atmosphere is intense because it is such a high-profile show. Many things are consistent, however. There seems to be a surprise every year. It is often difficult to understand what the judges are looking for.

What do you feel will separate you, physique and presentation-wise, at this year's event? 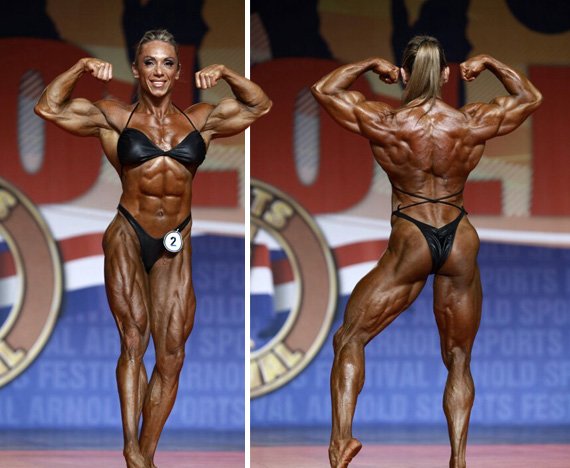 When do you plan to retire from pro bodybuilding? Do you feel you still have a few more Olympias left?

I don't have any plans to retire right now. God willing, you will see Yaxeni for many Olympias to come.

I feel like 2012 is my year. I'm coming in at around 168 pounds with a low body fat percentage. My muscles will be big, round and full. And, as always, I present a complete package; it's the only way to beat Iris.

What message would you like to send to your many fans who will be cheering you on at this year's Olympia?

Don't miss this wonderful show. I promise to give a good performance, and I know many fans are waiting to see a big change at the Olympia this year. All I can say is may the best woman win that night, without question. Thank you for everyone who has emailed me with support, and thank you to all of my friends and sponsors!