Men's Physique Competitions: How to Choose the Right Division

Start your competitive bodybuilding journey by learning more about each division in the men's categories and understanding exactly what it takes to step onstage!

You love to lift and build muscle in the gym, and you've decided to take it to the next level and compete in a show. But which division is right for you?

While women have more divisions to choose from than men, recent years have seen an expansion in options for those who want to compete. This is great because it gives newer competitors a chance to gain some experience onstage while they work on adding more size, and it allows you to choose a division that works best for your body type.

Today, the main men's divisions include:

Here's a rundown of each division to help you decide which one is right for you.

The most beginner level, kind of a beach body, model look, men's physique is the most mainstream-looking category for men. For that reason, it's a fairly attainable build when you're just starting out. Competitors wear board shorts, which means the size or definition of their legs doesn't really play a role in how well they do because the top half of their legs are covered up. However, as you get to higher levels of competition, calf development is important. Very poor calf development can still do quite well if you're just starting out, but it is something to keep in mind if you want to move up.

Men's physique has just two poses, a front and a back pose. Different federations may include a side pose as well, but not always. In all divisions, stage presence matters. You have to look like you're not trying at all, while flexing hard and smiling. Somebody who carries an excessive amount of muscle probably won't do well in this class, nor will anyone with a blockier, wider waist.

Ideal competitor: Physique is a good choice for someone with a little less muscularity but who still has an athletic build and good definition. Judges want to see definition, especially in the midsection. Guys with the ability to carve out detail tend to do really well. In general, a smaller waist, bigger shoulders, and bigger chest fare better.

Shed that last layer of fat and make those abs pop with the perfect fat burner.

Men's classic physique would be the next tier up. Competitors wear smaller, more form-fitting shorts that are closer to the trunks you see in bodybuilding divisions, and they perform similar mandatory poses and quarter turns. The level of conditioning increases, as well. That glute-ham tie-in and having the deep lines through the quads, hamstrings, and glutes becomes important here.

Classic physique is the first division where symmetry really starts to come into play, too. You're showing the right side and the left side of the body, as well as the front and the back. Judges will look for balance front to back, side to side, and top to bottom. You'll also have to prepare and preform a posing routine after the mandatory rounds.

It's not as many poses as bodybuilding, so classic physique is very much that stepping stone between men's physique and bodybuilding.

Ideal competitor: Classic physique is well-suited for those who started in men's physique and continued to develop, especially if they have muscle in their legs. Competitors need to have leg muscle and definition. You are more or less just as conditioned as a bodybuilder, but don't have the freakish size that a modern bodybuilder has. Think of Arnold Schwarzenegger, Frank Zane, or Franco Columbu.

BCAAs help you maintain muscle mass and recover while cutting down for competition.

For this division, you want to be as big and as conditioned as you possibly can be. Competitors are bigger, harder, dryer, more vascular, and more striated. This is typically not your mainstream look and it's hard to achieve.

Competitors wear small trunks and perform mandatory poses as well as a posing routine. There are several poses to master, and you're flexing basically every muscle in your body, which makes it very challenging to practice and get in shape for. Mandatory poses include a front double biceps, a front lat spread, a side chest, a side triceps, a back double biceps, a rear lat spread, most muscular, and an ab thigh.

Ideal competitor: If you have a larger build to start with, put on muscle fairly easily, and aren't afraid of getting freakishly big and shredded, this is the division for you. Also, bodybuilding does have a performative element which can definitely factor into your choice. And you must be able to get lean enough to show off striations and vascularity. Conditioning is a big part of bodybuilding. 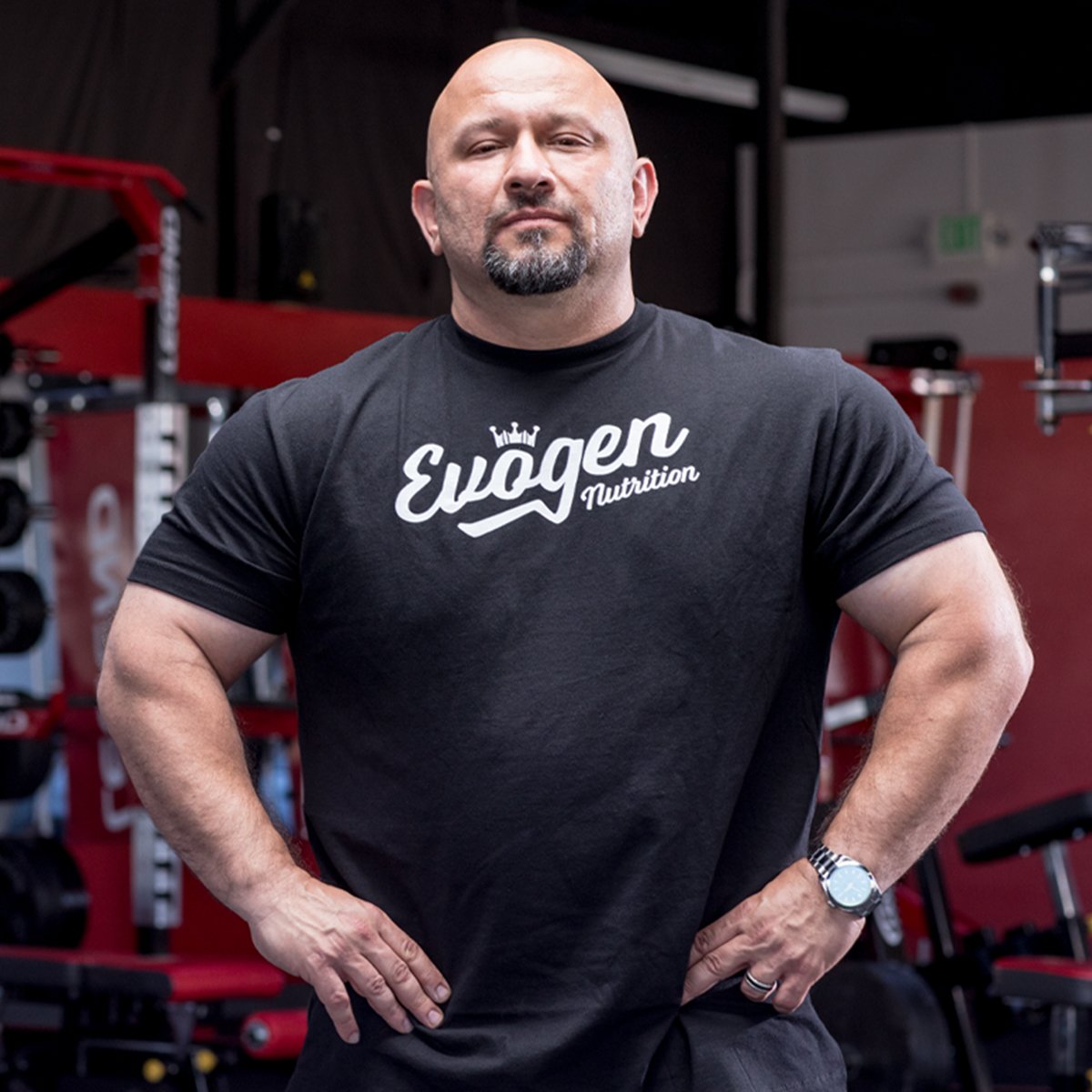 FST-7: Big and Ripped
This pro-level training program has everything you need to build jaw-dropping size and definition. Designed specifically to build a stage-ready physique, Hany "Pro Creator" Rambod's FST-7 Training System has helped win more than 10 Olympia titles for his clients.

5 Tips to Help You to Find Your Division

Even if you think you know which division you want to try, here are a few tips to help you decide which class is right for you:

1. Shed some fat. Most guys want to start by packing on a ton of muscle, but if you're not already lean, the first thing you should do is shed some fat. As a coach, it's very hard to place somebody in a class when you don't know how their legs look or if they have good abdominal definition because it's buried under a layer of body fat.

2. Be realistic about your body type. Once you're lean, you might realize you're not as big as you thought you were. If that's the case, you may be better suited for men's physique to start. Or if you are naturally muscular and have to work super hard to diet down, you might be better off taking time to put on a bit more size and going into bodybuilding.

3. Go to a show. If you've never watched a show, go to one. See what each class looks like and see what you might be getting yourself into. Seeing and experiencing each division in person is an important part of the process.

5. Look ahead. When you are picking a show, look at your calendar. Is there anything that is going to throw you any curveballs? For example, if you're the best man at a friend's wedding two weeks before a show or you have something stressful like college finals, that's probably not a good time to get ready for a competition.

Whichever division you choose, the level of muscularity and degree of conditioning will intensify as you go from local contests to national qualifiers to professional competitions. This progression is good to keep in mind when considering your ultimate goal.

Eat to Compete
There's no part of competing more important than nutrition! Learn what you really need to know about calories, macronutrients, and exercise nutrition so you'll know the right way to build muscle and lose weight!