X-Men: Days Of Future Past Interview With Daniel Cudmore

How does X-Men: Days of Future Past's Daniel Cudmore shape himself for his gigantic role as the mutant Colossus?

Colossus is one of the strongest good guys in the Marvel Comics universe. To put his strength in perspective, Colossus can hoist military tanks the same way most people lift two 8-pound dumbbells. And his deadlift? Fuhgeddaboutit. The number will make your head spin. Obviously, filling this colossal role calls for a colossal actor.

Enter Canadian actor Daniel Cudmore. The ex-rugby player reprises his role as super-mutant Colossus in the recently released "X-Men: Days of Future Past." I got a chance to chat with him about what it takes to play the role of this metallic giant.

Q
Colossus is pretty much built like a tank. Can you talk about your approach to training to get where you needed to be physically? 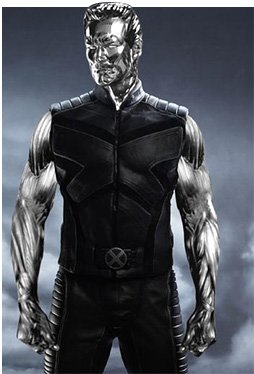 Actor Daniel Cudmore reprises his role as super-mutant Colossus in the recently released "X-Men: Days of Future Past."

Honestly, my toughest days on a physical level took place back when I was still playing rugby and football, during which I'd have two hard workouts a day—sometimes even three. As an actor, it's different. I have to be a bit of a chameleon with my physique. I keep a certain shape year-round, so I'm usually weight training in the gym three days every week. The rest of the time I am outside and being active, trying new and interesting things like yoga, pilates, boxing, or anything different to mix it up.

I like to maintain my strength as much as I can, so I start my workouts with basic lifts like squats, deadlifts, flat bench, or overhead shoulder presses—basically compound moves that allow me to go hard and heavy to keep that strength. Then I add supersets or CrossFit-derived workouts to have cardio and weights added into it to keep a leaner look.

As far as eating goes, my diet is pretty good. I eat clean since I have been pushed to eat that way since I was a kid. We always ate our veggies and stayed on the right path. I never got to eat any sugared cereals and things like that. For me, it was just a lot of veggies and protein, which I still follow to this day. And, of course, as far as rest goes, I make sure I have enough.

These days of "clean" diet seems almost as vague as a "healthy" diet. What's your version of "eating clean?"

I try to make sure that any meat I am eating comes from animals that are free of antibiotics and drugs. I make sure the chickens I get are free-range. It also means avoiding pre-packaged foods and taking the time to make food and cook. Eating large amounts of veggies and not just supplying my body with carbs for energy but also going for salads, quinoa, rice, and things along those lines.

Was there a specific training program for your role as Colossus?

I didn't have a ton of time to get "film ready" for this most recent film. A trainer friend of mine from Vancouver put together a quick little workout program for me. Oftentimes I had two workouts a day—cardio in the morning or at night, and then another session for weightlifting. Since the role was for Colossus, I was aiming to bulk up a bit and get stronger. I ended up eating a lot more. Because of how much I was eating, I had to eat every 2-3 hours to keep my calories up. 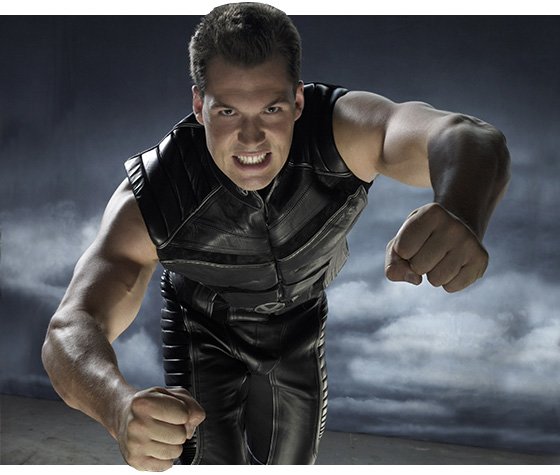 "I didn't have a ton of time to get 'film ready' for this most recent film. Since the role was for Colossus, I was aiming to bulk up a bit and get stronger."

During this time, I got back to the basics: lifting more heavy weights with fewer reps. Overall, just really pushing my body with compound movements like power cleans, squats, and deadlifts.

The thing that was really tough about my shortened training time is that the human body can only take so much, especially when you're not given a lot of time to bulk up and stay lean. For me, I tried to add some more basic bodybuilding-type workouts while keeping the weights high. Then I mixed in high-intensity CrossFit-style workouts that had the high reps and really high intensity so there's bits of cardio and weights to get lean.

What's a sample breakdown of your upper body day?

I don't really isolate a specific body part. I did a lot of compound exercises that hit every body part, which helped with my time constraints. Here's a sample of the type of exercises I do in a workout.

I do these AMRAP style (as many rounds as possible) for 12 minutes. At the end of the workout, I may do some biceps and triceps work if I feel like it.

TWEET THIS ARTICLE: X-Men: Days of Future Past Interview with Colossus #XMen

How have you learned from your previous experiences playing Colossus in earlier X-Men movies?

Technically, it was easier. The first two times I was Colossus, I was also a lot younger. When you're that age, you can work out and change your body quickly. I can still do that pretty well now, but I have to be far more disciplined as far as diet goes and I have to go even harder on cardio and weights to make sure I dial in that ideal physique for the role.

What do you do in your off months when you're not gearing up for a movie role?

You don't really take like a month off and not do anything, at least not in the film industry. It's at the caliber now where males are hired based on how fit their bodies are and how good of a shape they're in. During my "off" months, I just don't push my body as hard, but I still make it to the gym at least three days per week, as I said, and really push it hard during those three days. On other days, I'll be doing things like surfing, swimming, running, boxing, and even doing mixed martial arts to keep it interesting and not get bored. I like to get out on my road bike also and just enjoy the outdoors as much as I can.

Who among the "X-Men: Days of Future Past" cast inspired or motivated you to push harder when the going got tough?

Hugh Jackman is pretty strict. You know you have to be when you are number one in the movie and you have to do those shirtless scenes. He's that guy who was a robot with everything; he made sure he was on top of it. It's always nice to have your lead working his butt off to show me that sometimes when I didn't feel like going to the gym I just have to dial in my discipline and go for it, anyway. 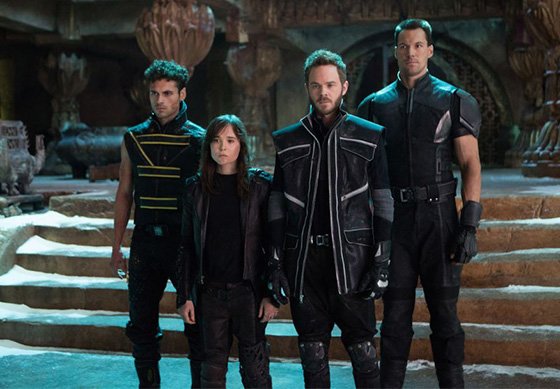 "It's always nice to have your lead working his butt off to show me that sometimes when I didn't feel like going to the gym I just have to dial in my discipline and go for it, anyway."

For someone who's trying to get into the healthy and active life, what would you say to get them started?

Definitely research. It's just one of those things where you have to do your research to get a firm understanding of what you're doing. The easiest advice is to look at your plate. If you see that it's really colorful, you're well on your way.

It's also time management. It might be easier to eat your meals out all the time and more convenient to get your hands on food that just isn't great for you. You just have to take the time to go to the grocery store and pick up what you need to make yourself a good meal.

The great thing about being in this day and age of technology is that you can do things like go to a Jamie Oliver app for a 15-minute meal idea. It'll list out all the ingredients and steps you need from beginning to end to make a great meal. Things like that help you get creative with cooking and make it fun.

This seems appropriate for someone who's playing a fictional superhero. If you could have one super power, what would it be?

Flight, definitely. I've always been obsessed with flying since I was a kid. I've always tried to chuck myself off cliffs when I snowboarded or skied to get that feeling of soaring through the air.

Hugh Jackman took his strength and physique to new heights at an age when most men are slowing down. His trainer tells us how it happened and shares the 4-week program that made this man into a mutant!