Predictability is underrated. Young Arnold planned out his day with military precision on the way to becoming the world's greatest bodybuilder!

Half a lifetime before the bros of "Jersey Shore" began preaching "GTL"—that is, "gym, tan, laundry"—as the signs of a day well-spent, Arnold Schwarzenegger and his Gold's Gym brethren were using similar principles to take the sport of bodybuilding by storm.

Joe Weider was famously fond of calling bodybuilders "lazy bastards" during these years. But make no mistake: Arnold's daily ritual wasn't some walk on the beach. It took hard work, incredible discipline, and it just happened to be exactly what he loved to do.

In late 2012, Arnold took Bodybuilding.com on a tour of his old stomping grounds and gave us an idea of how he structured the perfect day to build the perfect body.

Early Wake-up: Clean It Up

For most young men, simply having a regimented approach to work, training, and nutrition is a tall enough order. As for doing the dishes and making the bed, who's got time for that—especially in the morning? Arnold did. In 1969, he and his new roommate Franco Columbu embraced the project of putting their whole lives in order, starting with their bachelor pad.

"Our place was immaculate," Arnold writes in his autobiography "Total Recall." "We vacuumed regularly; the dishes were always done, with nothing piling up; and the bed was always made, military-style. We were both into the discipline of getting up in the morning and straightening up before you leave the house. The more you do it, the more automatic it becomes, and the less effort it takes. Our apartment was always way cleaner than anyone else's I went to, men or women."

It's easy to chalk up this attention to detail as the idiosyncrasies of a fastidious military-trained Austrian, but for Arnold, it was part and parcel of his training. He has always insisted that one of the great virtues of bodybuilding is that "it is a good way of introducing more discipline and control in the rest of your life."

When preparing for a contest or undertaking an intense training cycle like the type in Bodybuilding.com's Arnold Blueprint program, Arnold often split his training into two daily sessions. The first almost always took place at an early hour when Gold's Gym was inhabited by a far less famous clientele.

"When Franco [Columbu] and I got to the gym at 7 a.m. we would frequently see lawyers, accountants, teachers, and others with a full work schedule just finishing their training and hitting the showers before going to their jobs," Arnold wrote in "The Encyclopedia of Modern Bodybuilding." "This showed a lot of dedication on their part, but it's this kind of dedication that yields the best results."

The discipline these early mornings enforced was only one benefit. Another, Arnold has said, is that his best workouts almost always seemed to take place in the morning. His enthusiasm was infectious, too. In the minds of many gym regulars, Gold's wasn't officially open for business until Arnold arrived.

"When he got there, the place lit up. Now it was time to train," said Ed Corney, one of Arnold's training partners, in an interview with Bodybuilding.com in 2007. "He brought that with him. You're upstairs changing into your clothes, and you can't wait to get out there and right into the mainstream of top training."

After Sunrise: Get Tanned The Old Fashioned Way

Indoor tanning has been around in various forms since the early 20th century; lying on the beach getting cooked liked bacon has been around far longer. But neither option cut it for Arnold, for the simple reason that they were a recipe for what he says is "a tan that sucked."

"Sometimes when [people] lie in the sun, they look like they got tanned in the front and tanned in the back, but they're not tanned around down beneath the arms and everywhere," Arnold told us during our tour. The answer to building a competition-worthy tan was to stroll the approximately half a mile from Gold's Gym down Ocean Front Walk to Venice's famed Muscle Beach and train outdoors.

"It was a little smaller in the days when I worked out," Arnold said of Muscle Beach, "but the advantage was that when you did your chin-ups, your presses, your curls, you got the tan everywhere. Then we would run over to the ocean, jump in the waves, get the salt water all over, and again, get tan all around." 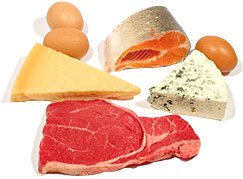 Before moving to California, Arnold has said, his approach to nutrition was simply eat big, get big. But once he realized that sheer bulk wasn't going to be enough to take the step from Mr. Universe to Mr. Olympia, he and Franco became devoted students of diet and nutrition, ingesting multiple small protein-rich meals throughout the day. "Three meals a day is good," he wrote in "The Encyclopedia," "[but] four meals a day is better."

But don't take this to mean they forgot how to eat for satisfaction. Franco recalled in his book "The Bodybuilder's Nutrition Book" that the pair always saved extra room for the meal that followed a hard training session. "After leaving the gym, we ate a great lunch with complete enjoyment, knowing that vitamins and minerals are helpful only when the body is stimulated by hard training," he writes.

Arnold gave an even more vivid description in "Total Recall" of the pair's visit to the local "smorgasbord" buffets: "The bodybuilder would start with five, six, or seven eggs, after which we go to the next station and eat all the tomatoes and vegetables. Then we would have the steak, and then the fish. Muscle magazines in those days were always warning you that you had to have your amino acids, and that you had to be careful because the amino acids in certain foods weren't complete. 'Hey,' we said, 'let's not even think about it; let's just eat all the proteins. We have egg, the fish, the beef, the turkey, the cheese—let's have it all!'"

During the Day: Work

Arnold was never just a bodybuilder. His professional ambitions were always larger, and as soon as he was established in California, he established a string of moneymaking endeavors. As his English improved, he gave seminars at Gold's and other gyms. He began publishing mail-order booklets on training and posing, initially filling all the orders himself.

"I loved being an American entrepreneur," he writes in "Total Recall." "I was super efficient. I took the doors off my bedroom closet to make an alcove and had a friend build shelves and a little fold-down desk. Each booklet had its own numbered niche, and there were bins for incoming mail, checks, envelopes, and outgoing orders." Many of his peers started similar businesses, but saw them flounder or spark legal issues when they couldn't follow through with Arnold's level of dedication.

He and Franco also famously started their own construction enterprise, billing themselves in local ads as "European bricklayers. Experts in marble and stone." Some of the walls they and their crew of bodybuilders built still stand, as he showed our film crew. The pair learned as they went and kept their business afloat. When a significant earthquake cracked walls and chimneys around the valley, it gave them all the work they could handle.

With their extra earnings, Arnold and Franco began investing in real estate with great success. By the mid-70s, they were said to be the world's only two full-time professional bodybuilders, but the label does little to capture the work and risk-taking that allowed them to focus on their real passion.

With the day's work done, it was time to head back to Gold's for the second half of Arnold's customary twice-daily split. Sometimes this just meant abs and calves, and sometimes, it was those plus additional arm and hamstring detail work. But occasionally, as when he was training for the 1975 Mr. Olympia featured in the film "Pumping Iron," the afternoon workout was a total assault on the big muscles just like the morning workout had been.

His increasing fondness for brutal evening work, Arnold told us, was part of why he switched training partners that year. "Franco would just do his 5 sets of squats and 5 sets of leg extensions, and he would just walk out because he had naturally big thighs, but I had to do my 25 sets," Arnold explained. "Franco would leave three-quarters of the way through the workout. Sometimes in the evening, he wouldn't come. So I said to myself, well, I've got to go, since I've only got 8 or 9 weeks left to and to train for the Olympia, I've got to get someone who's as hungry as I am. And that was why I switched over during that period to Ed Corney."

Arnold's dedication to his daily grind paid off that year in his sixth Mr. Olympia title, allowing him to retire—albeit temporarily—from the sport at the top of his game. The following year, Franco would leap to fill the void left by Arnold and capture his first overall Mr. Olympia title.

What does your perfect bodybuilding day look like? How do you find the time to balance hard training with professional and personal obligations? Let us know in the comments!