Your Expert Guide To Sustamine™ (L-Alanyl-L-Glutamine)

Everything you need to know about an incredibly synergistic, stable and soluble dipeptide for sport.

Everyone has heard of glutamine, yet it's supplement cousin, L-Alanyl-L-Glutamine, may be less familiar to many of you. Even its snappier name, Sustamine™—is it just me, or does that sounds like a '90s grunge band?—may not ring a bell. However, a growing body of science is causing quite a chorus of support for this unique dipeptide.

Alanylglutamine is a stable and soluble delivery form of glutamine, but are there benefits to consuming this dipeptide that go beyond what you'd expect from a glutamine and alanine supplement? I'm here to sort through the science and let you know.

Before diving into alanylglutamine, let's do a brief review of its constituent parts, L-alanine and L-glutamine.

Only then will you understand why this dipeptide could help any serious athlete or physique trainer reach their goals.

Alanine is categorized as a non-essential amino acid, whereas glutamine is conditionally essential.

Yet both are vitally involved in the exchange of nitrogen between tissues and the production and/or storage of glucose.

Both affect hydration. Both are significantly affected by strenuous exercise and other forms of physiological stress.

They seem like a match made in supplement heaven.

The functions of alanine and glutamine don't just occur in parallel; they're incredibly synergistic:

In response to strenuous exercise or other forms of physiological stress, both amino acids are released from muscle in significant concentrations. If muscle concentrations of these amino acids aren't restored, exercise performance and recovery—not to mention immune function, muscle growth and a host of other biological functions - can suffer.

Put it all together, and it's not hard to see how any bodybuilder or athlete could benefit from taking alanine and glutamine together.

Which bring us back to L-Alanyl-L-Glutamine. Unlike a whole protein that contains peptide fractions of all sizes—with some having thousands of peptide bonds—alanylglutamine contains just one peptide bond, linking L-alanine and L-glutamine.

This single peptide fragment is called a dipeptide. (If there were a third amino acid added to this chemical, it'd be called a tripeptide. Protein fractions with more than three joined amino acids are referred to as oligopeptides.)

The benefit of consuming a dipeptide versus a mixture of its two free-form amino acids is largely a matter of stability, solubility and absorption efficiency. Specifically, whereas L-glutamine is rapidly degraded to ammonia when put into solution and is poorly soluble, alanylglutamine is incredibly soluble.

Think of amino acid transporters as selective "bouncers" that who only let A-listers into their club, one at a time. PEPT1 transporters are "bouncers" who don't care who enters, so long as they show up in pairs or in groups of three. Because of the easier access, blood amino acid concentrations can rise faster when di- and tri-peptides are consumed versus free amino acids.

This and other data seems to indicate that alanine and glutamine concentrations in the blood rise significantly in response to oral alanylglutamine supplementation, and that the resulting L-glutamine is preferentially used to synthesize l-citrulline and l-arginine.

Interestingly enough, chronic ingestion of alanylglutamine appears to significantly increase muscle glutamine concentrations more than chronic L-glutamine supplementation; however, no difference in muscle glutamine stores has been reported in response to acute immediately post-exercise with either the free or dipeptide form of glutamine.

It has also been reported that chronic supplementation of either the dipeptide or equal doses of free L-alanine and L-glutamine post-exercise, resulted in no significant differences for plasma glutamine, inflammatory response, or antioxidative capacity.

Though not universal, much of the research suggests equivocal results between the use of the dipeptide versus its constituent free amino acids.

Adding alanylglutamine to a rehydration solution is significantly more effective at increasing water and electrolyte absorption than consuming either a glutamine- or glucose-containing solution.

In a study by Hoffman and associates, the researchers concluded that the increase in performance that they observed in college kids cycling to exhaustion was likely due to an increase in water and electrolyte absorption after taking a Sustamine-containing solution. Ingestion of a Sustamine-containing solution delayed the onset of fatigue under mild dehydration by almost 190%, compared to dehydrated conditions.

Hoffman's team has also presented evidence that 1 g of alanylglutamine per 500 mL of water maintains athletic skill performance and visual reaction time better than water only Division I female athletes who became dehydrated and then drank a solution. Doubling the dose of the dipeptide per 500 mL of water decreased fatigue but did not improve performance or reaction time.

Though no human studies have looked at whether oral alanylglutamine promotes muscle hypertrophy or strength, it seems likely that such a beneficial effect would be observed under conditions of high training volumes, very low carb intake, poor hydration, or some combination of the three.

Are there competing glutamine dipeptides in the marketplace?

Yes. However, you're probably wasting your money by purchasing a product that contains n-acetyl-l-glutamine or alpha-ketoisocaproyl-glutamine (or aKIC-glutamine). Both the acylated and aKIC forms may be quite stable, but evidence suggests they're both poor delivery forms for glutamine.

Glycyl-L-Glutamine is a comparably stable glutamine dipeptide; however, alanylglutamine has been suggested to have a faster rate of clearance, and it increases plasma glutamine more than glycylglutamine.

On training days, I recommend consuming alanylglutamine before and during exercise, to help support hydration, electrolyte transport, and glucose and BCAA metabolism; and after exercise, to support improvements in recovery.

On non-training days, I recommend consuming alanylglutamine in evenly divided doses throughout the day-preferably with carb-containing meals or snacks. This will optimize glycogen concentrations. 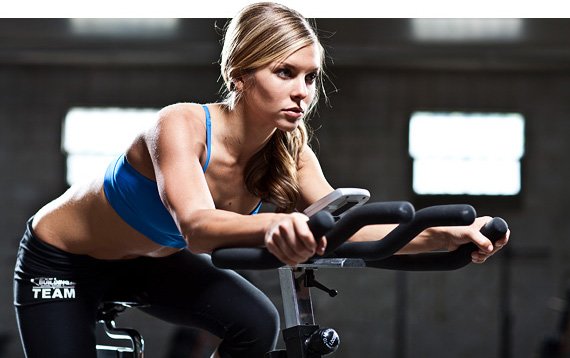 How should I combine it?

The same active ingredients that increase the efficacy of glutamine could potentially do the same with alanylglutamine. Examples include sodium and other electrolytes, BCAAs, glycine plus cysteine (or a cysteine donor such as N-acetylcysteine or methionine), arginine and/or citrulline, alpha-ketoglutarate, and glucose or N-acetyl-glucosamine.

Should I periodize my consumption in any way?

There appears to be no need to cycle alanylglutamine. There's evidence that chronic ingestion—as opposed to acute intake of alanylglutamine—results in significantly higher muscle concentrations of glutamine, versus consuming free l-glutamine alone.

Additionally, if you look at the numerous studies reporting positive outcome variables in response to providing glutamine before a "catabolic assault," it makes sense to consume glutamine as preventative maintenance.

Since bodybuilders are, by definition, repeatedly assaulting their body with training stress, chronic glutamine use makes sense. 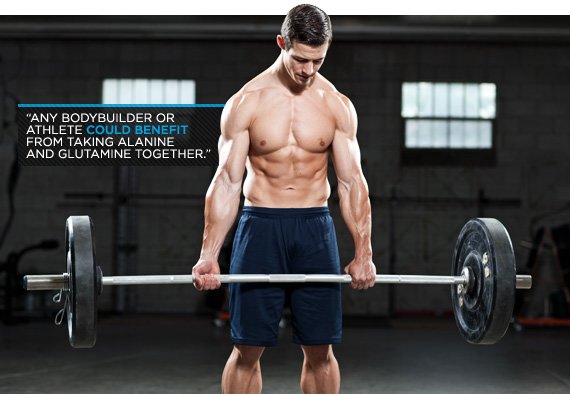 Are there any side effects you should be aware of?

Considerable data supports the safety of both acute and chronic doses of alanylglutamine. For example, the "NO Adverse Events Level" for alanylglutamine has been established as the highest dose that was tested in rats.

This corresponds to an equivalent dose of approximately 231 and 266 mg of alanylglutamine per pound of bodyweight per day for men and women, respectively. For a 180-pound male, the equivalent daily dose would be more than 41.5 grams per day.

Though the research on oral alanylglutamine and its effects on performance and body composition remains in its infancy, the early data looks very promising.

Its role in sparing muscle protein, supporting endurance or high-intensity training performance and recovery, supporting exercise in the heat, promoting hydration and healthy immune system function, and possibly serving as a synergist during low-carb dieting all make alanylglutamine a powerful active ingredient to consider adding to your supplement toolbox.