How many times have you started working out and then quit? You will never reach your goals that way! In this article I will teach you what works for me... and most of the people I know.

The great majority of the people who aren't following the advice I'm going to give you in this article are frustrated with their progress. They're not building the muscle they want, they lack shape and they're carrying to much bodyfat. Even worse they call themselves "hardgainers" and they jump from training routine to training routine.

The sad thing is the answer has been there all along. And it's been there for you. You may have even followed it for a short time. But, before you let it give you the maximum impact, you quit! And in doing so you shot yourself in the foot. I shoot straight from the hip and pull no punches.

So what's the advice? Well, hold on not so quick. First read these few case studies of people who followed this plan and find out what it did for them. As you read these case studies keep in mind that you can accomplish what these people did if your willing to let go of old habits and opinions.

A group of bodybuilders were given extra 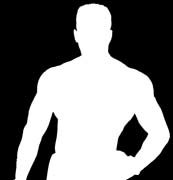 A well-known bodybuilder reached a peak contest weight of 256 pounds at 5'10" in large part, from the consistent consumption of a minimum of 300 grams of protein with an average of nearly 400 grams, this was way back in the 70's and although steroids were already prevalent on the scene NO-ONE came close to 256, especially no-one under six foot tall.

And growth hormone wasn't even heard of back then. Most of his competitors at the time were less than 220 pounds and consumed about 200 grams of protein maximum.

A national-level bodybuilding competitor gained more muscle in 12 months than all previous five years. For five years his competitive weight failed to budge at about 227. His normal daily intake of protein had previously averaged only 175 grams, all of it from whole foods.

During the next year he upped his protein intake from 175 grams day to 300 to 400 grams each day. His results for a 365 day period were a gain of 30.5 pounds of muscle with a simultaneous reduction in bodyfat of 3.2 pounds.

Thirty pounds of muscle is phenomenal for an entire career let along a single year. His incredible 12 month gains were in large part, the result of increasing his protein. By boosting his protein consumption he accomplished in 1 year what had eluded him for half a decade.

How To Avoid The Shrinking Muscle Syndrome

The most effective way to get your metabolism working efficiently to build muscle and burn body fat you have to eat an abundance of quality protein. I know some so-called training experts, vegetarians and well meaning Doctors have told you that "all that protein isn't necessary". Well it's not necessary to survive but it is necessary if you to avoid looking like dog crap.

Inadequate protein in you diet will shut down your metabolism and put you in a fat storage/muscle wasting pit of quicksand. You'll progressively break down muscle and produce more fat.

This just doesn't happen when you eat enough protein. Eating adequate protein will turn on your metabolic fat-burning "microchip". At the same time it'll "program your metabolic computer" to preserve and build new lean muscle mass! And the best part is you'll experience a substantial increase in metabolic rate, which means you'll it'll be more efficient and burn more calories throughout the day.

Your body runs on protein. Protein molecules power every chemical reaction involved in the breakdown and absorption of food, including carbohydrates and fat. Protein powers nearly all aspects of your metabolism. Protein is responsible for every metabolic function that facilitates dramatic improvements in your body composition... yes, everything.

Protein can make the difference between your success or failure in bodybuilding. It's the main propellant of your metabolism, it's the engine that drives it and the mechanism that keeps it alive and thriving! Protein is KING. Okay... point made, I'll quit ranting!

If you're been sentenced to the purgatory of a fat storing phase or even worse, the hell called a period or no muscle gains, you need a forceful protein boost to "turbo-charge" your metabolism into a fat-burning/muscle building stage.

And if you're like most of us, it'd be difficult if not impossible to get the job done with food alone. Well, in order to deliver an ample supply of high quality protein, in addition to increasing your protein consumption through food, you're going to need a daily high-potency protein powder. It's the best, simplest, and most effective way to renovate your metabolism and build a lean, heavily muscled shapely physique!

Several known experts in the field of bodybuilding, metabolism and nutrition swear by multi-source blended proteins. There is just too much evidence both clinical and practical to support the fact that blended protein substrates (a combination of whey, casein and egg) are a gigantic cut above straight single-source protein powders.

Research let's us in on a little "insider secret"; combining the anti-catabolic long-term effect of casein protein with the short-term anabolic effect of whey protein triggers both mechanisms causing serious muscle growth, power and recovery.

Whey protein is quickly absorbed into your bloodstream, causing a dynamic anabolic action, but it only lasts a few hours, then it's all used up, completely gone! On the other hand, casein is very anti-catabolic and fights catabolism.

Quality mult-source blended protein powders include a combination of casein with whey protein (complete milk protein) giving you get the greatest muscle-building effects of both. You'll maintain an anabolic environment while you stop catabolism!

Look at the label and make sure the protein powder you're considering contains both Whey protein and some form of Casein. Casein could be listed as; casein, caseinate, calcium caseinate or micellar casein. Micellar casein would be the preferred choice here since production uses the least heat and therefore leaves all the minor protein fractions undamaged. You'll find many quality multi-source blended protein powders contain egg white protein, which rounds out the amino acid profile, nicely.

They bash casein in their ads and sales literature saying that is a worthless, inferior protein. I guess the guy who wrote their literature didn't read the study following study which could convince anyone that casein provides positive benefits for bodybuilders.

The gains in lean mass were equally significant. The diet-only group did not have any change in lean mass. The whey group gained 4.4 lbs in lean mass and the casein group 8.8 lbs! The researchers concluded that the casein group had the greatest lean mass gains because of increased nitrogen retention due to the overall anti-catabolic effects caused by peptide components of the casein. [reference ANNALS OF NUTRITION AND METABOLISM 44 (1). 21-29 2000]

Personally I could give a rats ass WHY it works, I only care THAT it works so I can reap the benefits!

The bottom line is this; "turbo-charge" your metabolism into a fat-burning/muscle building stage by upping your daily protein intake to about 1.5 grams of protein per pound of body-fat. Get about half from whole food protein such as chicken breasts, turkey, lean red meat such as flank steak or round steak, and eggs. For a 200 pound man this would be about 24 ounces of these foods a day and would supply about 160 grams of protein.

Get the additional protein from a quality multi-substrate blended proteins powder or multi-source blended meal replacement powder. You'll rapidly be on you way to a renovated metabolism and building a lean, heavily muscled shapely physique!

Bonus: Calculate How Much Protein You Need!