Time To Grow: Manipulate Time Under Tension, Rest, And Load For Gains!

If you think you have to lift heavy and rest light to grow, you only heard half the story. Use these science-backed recovery and time-under-tension tips to build muscle!

One day I had a serious revelation: If you want to build muscle, time is just as important as load. To build more size, you don't need to lift a massive amount of weight. You need to manipulate time under tension, apply the appropriate rest interval, and lift a moderately heavy load. Let's walk through the science behind these mass-making principles so you can apply them to your own workouts! 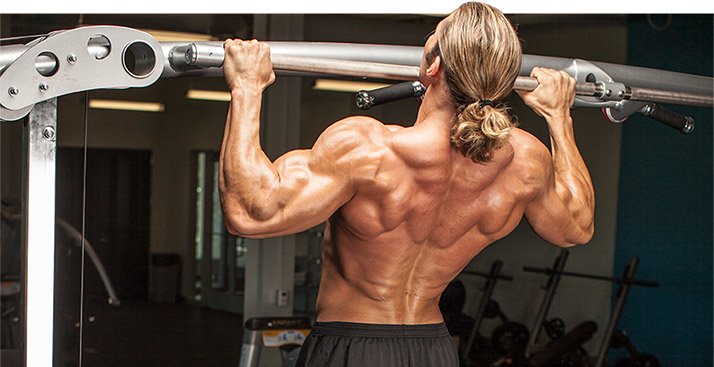 For both exercises, results showed that faster cadences permitted significantly more repetitions, greater work, and higher power outputs than slower cadences. It was pretty clear that exercise cadence, often referred to as tempo, definitely influences muscular performance. And if you read the abstract alone, you would think that a self-paced cadence is a superior method of training.

Well, not so fast—literally and figuratively. Let's take a closer look at the results and see if you feel the same way after you review the following numbers.

When push-ups were performed at a 2/2 cadence as opposed to a self-paced cadence, the reps dropped almost in half, but the work duration—i.e., the time under tension—more than doubled. Of course, the 2/4 cadence decreased the number of repetitions further, but the work duration was even higher than the 2/2 cadence. A similar pattern occurred on pull-ups, although not as dramatically.

Why is work duration important? To answer that question, let's go back a few more years to look at a unique study that, were it performed today, probably would have inspired enough feline memes to make you forget to work out altogether.

Heavy, But Not Too Heavy

In 1989, a team from the University of Texas Southwestern Medical Center at Dallas conducted a study where they analyzed 156 training variables for exercise-induced increases in muscle mass in cats.2 Seventy-seven cats were used for the study: 62 as subjects, and 15 as controls. The exercised cats trained their right palmaris longus muscle (PLM) by performing a wrist flexion movement against resistance, while the left PLM served as the non-exercised intra-animal control. The cats trained five days per week, and after an average of 90 weeks (the study actually ranged from 30 weeks to as much as 311 weeks, almost 6 years), the left and right PLMs were removed and weighed.

The variable which demonstrated the highest correlation to increases in muscle mass was the lift time. Next on the list was the amount of weight lifted. Basically, slow lifting movements with relatively heavy weights resulted in the greatest muscle mass gains. According to the researchers, "The slow lifting style may minimize the role that momentum plays in completing the lift, thereby maintaining the need for tension development throughout the range of movement."

As long as the stimulus was sufficient and progress was made over time, muscle mass increased. However, the paper did indicate that a critical level in the amount of weight lifted was necessary for hypertrophy. In this particular study, it was a minimum of 30 percent of the cat's body weight. 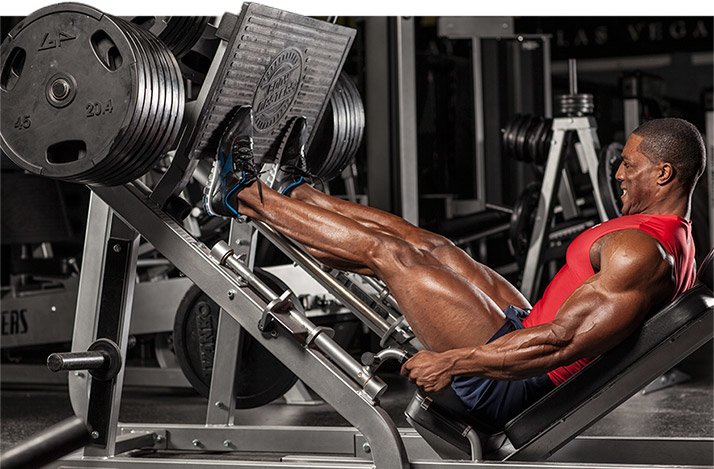 The review clearly indicated that maximal loads are not necessary for hypertrophy, but also that training should be performed close to maximum effort in at least one set.

Sure, we're not cats, and most of us don't train our paw-flexion muscles five days each week, but it seems reasonable to conclude from this study that a certain amount of tension, and a certain duration of tension, is required for hypertrophy. Thankfully, Wernborn et al. took aim at the same variables in humans in a massive 2007 review study titled "The influence of frequency, intensity, volume and mode of strength training on whole muscle cross-sectional area in humans."3

After analyzing hundreds of studies, the researchers concluded that performing sets to failure with moderately heavy loads—at least 60 percent of 1RM, with highest rates occurring around the 70-85 percent of 1RM mark—yielded the greatest hypertrophy results. The review clearly indicated that maximal loads are not necessary for hypertrophy, but also that training should be performed close to maximum effort in at least one set. Equally important, the authors also concluded that the total duration of muscle activity per session may be a more critical factor than the total reps in inducing hypertrophy.

So how do we put this into action while training? When it comes to tension, it's all about finding the sweet spot between "too high" and "too low." A moderately heavy load of 70-85 percent of 1RM, or a weight that allows you to achieve between 5 and 12 reps maximum, is ideal.

As far as the duration of tension, you guessed it: not too long, and not too short. Aim for a moderate pace of 4-6 seconds per repetition, with a time under tension that ranges from 20 seconds (4 seconds x 5 reps) to 72 seconds (6 seconds x 12 reps) per set.

The rest periods between sets are another area where time plays an important role in muscle growth. Lifters in middle age and beyond are guilty of being all over the board with rest periods. Some are so short that they're about ready to keel over halfway through the workout, and the other half camp out on the bench until their workout feels like the "Lord of the Rings" trilogy.

If you don't rest enough, then of course fatigue will hinder your performance on the next set. But resting too long isn't ideal either. The goal is sufficient, but not complete recovery. So what does sufficient mean? After looking at the research, I'm convinced that sufficient recovery occurs when rest intervals are at least three minutes in length, but generally not more than five. 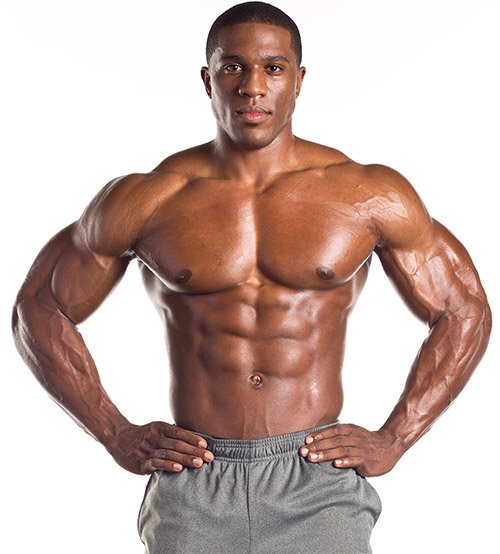 Three minutes may sound like an eternity if you watch the way most people train. Consider them in the camp of Kraemer and Ratamess, who concluded in an oft-cited study from 2005 that resistance training protocols high in volume, moderate-to-high in intensity, using short rest intervals, and stressing a large muscle mass tend to produce the greatest acute hormonal elevations of testosterone and growth hormone.4 However, other researchers have shown that significant gains in muscle strength and size can be acquired without the severe discomfort and fatigue associated with short rest intervals.5

On the other end of the spectrum, many trainees take lengthy rest periods, thinking that recuperation is necessary from the extreme effort. However, from a neuromuscular perspective, it may actually be more beneficial to take advantage of the neural excitation from the previous set than to wait for fatigue to diminish altogether.6,7 Up around the 5 minute mark, neural activation often declines to a point where carryover is more or less lost for the next set.8

A number of studies have posited 3 minutes as a good compromise, where you can avoid a significant decline in performance, yet maximize anabolic hormone production for muscle growth. Research by Häkkinen and Pakarinen concluded that 10 sets of 10 reps using a submaximal load of 70 percent of 1RM, with 3 minutes rest between sets, led to a significant increase in testosterone and GH levels.9 In fact, GH increased twenty-fold, about the same level that is released early in sleep. Most conventional training programs produce only a 10-fold increase in GH, so this type of protocol has great potential to build muscle and reduce body fat at a high rate.

Later studies further supported 180 seconds as the magic number, concluding that this amount of rest allows the use of greater intensities and improves the ability to sustain repetitions.10,11 The upshot: higher training volume and greater gains in muscular strength.

Strong At Any Age

These rules work well for everyone who trains, but they are particularly important as we age. As the years go by, tissue begins to dry out; beneficial hormones and enzymes decline; and just as urgently, responsibilities change.

Being injured when you're young, energetic, and foolish doesn't matter as much. You heal quickly and can focus all of your energy on getting back in action. Try pulling this off when you have kids, a mortgage, and a day full of professional obligations! 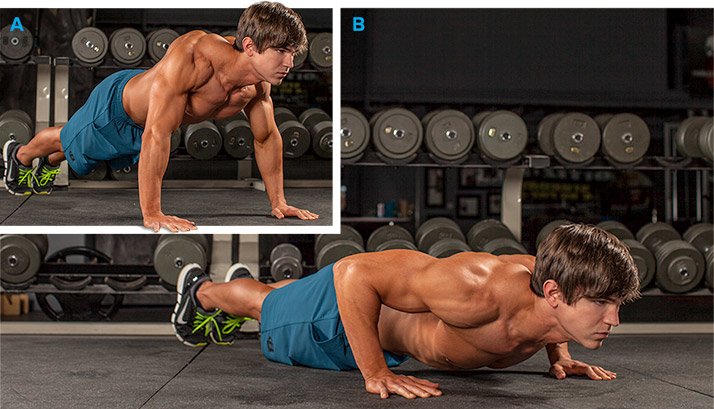 There's little upside to being as cavalier as you were in your youth. Using maximal or supramaximal loads, and risking tearing a pec while benching or ruining your back while squatting, is unnecessary. Submaximal loads will do just fine, thank you very much! If you seek size, manipulating time under and time between tension is the key, and moderately heavy loads are enough to get the job done.

But don't just take my word for it. Even Bill Kazmaier, one of the strongest men to ever walk the planet, has reduced the poundage over the years. Kaz conceded to "Iron Man's" John Rowley, "When you get over 50, you're better off looking strong than being strong!"

Just remember this: The young ladies on the beach don't care what you lift; all they'll see is how you look. Young or old, it's about "time" that you follow moderate rules for maximum results!

Catanzaro's Mass Explosion
Learn how to blast through your training plateaus, and eat for muscle mass with jp's latest book!Go Now!