Athleticism was never a problem for Blake, but size was. To offset his small frame, the 18-year-old formulated a plan and watched his muscle explode!

I started working out the summer before my junior year of high school in 2011. I was 125 pounds and an avid runner at the time. I played football, lacrosse, basketball, and wrestled before, so I came from an athletic background, but never had the weight to back it up.

Initially, my goal was to put on 25 pounds for lacrosse during my junior year, but I ended up flying up to 160 pounds and kept rising. I grew fond of the gym atmosphere and was addicted to the growth.

The following year, I weighed 180 pounds. I ended up cutting down from 183 to 163 pounds at three percent body fat for my competition. I dieted from July to October 2012. I competed in the Gateway Naturals Bodybuilding Competition in St. Louis, Missouri, and took first place in the teen division. This enlightened me to the potential I had if I stayed in with the sport. 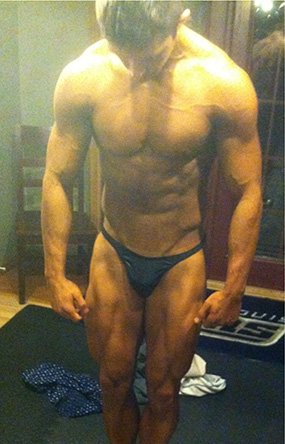 Bodybuilding is a sport like no other. The only opponent is you. Your success depends on how hard you are willing to work. This is what drives me; to see how far I can push myself every day to live up to my greatest potential.

What/Who Motivated You to Be a Fitness Guru?

My cousin, Justin Shea, was my motivation. Like me, he began as a scrawny teenager. His fitness success showed that I had the power to change, which is what I did.

When I'm in the gym, I always pick somebody out; somebody who is bigger and overall better than me in some way. Then I lift more then what I fixed into my mind.

I hope to compete again in the upcoming summer at the St. Louis Naturals.

You can always do more. Never settle for where you are currently. 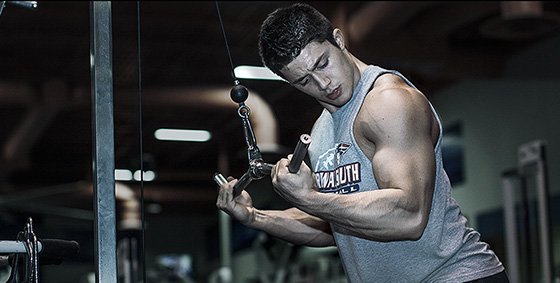 As surprising as it is, Arnold Schwarzenegger is my favorite past competitor. Anything he did, he mastered. I look up to people who achieve greatness at anything they attempt.

Bodybuilding.com was what really helped me from the start. I was able to get great prices on my supplements from the site and received tips and help from the articles.