Teen Amateur Of The Week: Swollen To The Bone!

Tyler made hard decisions to follow his dreams and become an IFBB pro. He passed up college football for a life in the gym!

I first started lifting as a freshman in high school because I was on the football team and wanted to get bigger and stronger. I had a pretty good high school football career. I was an asset to my team and made one of four captains my senior year. I started lifting out of common sense. I thought, "What do football players do in the offseason?" They lift weights. When football season ended, I hit the gym religiously. 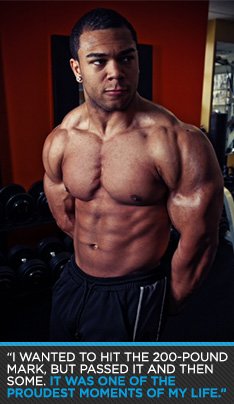 I started to see results quickly and many people noticed. This made me want to take lifting more seriously. I knew nothing about bodybuilding during my freshman and sophomore year. It wasn't until the end of my junior year that I started to understand the sport. At that time, I searched YouTube for videos on how to get bigger. I searched for chest and biceps exercises and stumbled across a video of Branch Warren training like an absolute animal. I couldn't believe the endurance and strength he had. I always looked up workouts specifically from Branch Warren. The videos kept me motivated to do heavy lifting. I used his videos up to my senior year when I found videos by Jay Cutler.

After my senior football season, it was time to start the process to get recruited for college football. I was picked up by a small school in New Hampshire called Plymouth State University and was happy. I visited the school and was pleased with what I saw. Soon after, I committed to the team, but it only lasted for a short time.

During my offseason preparation for Plymouth State Football, I realized I wasn't into football anymore and had second thoughts about committing. I wasn't working out to be a football player. I wanted to be a bodybuilder. I always surfed the web and paid attention to the bodybuilding world, but never to football.

A couple months before I had to leave for school, I had a long talk with my father and said I didn't want to play college football. Instead, I told him I wanted to be a bodybuilder. My dad saw it coming and said he was all for it. I called the coach and de-committed from the team and the school. I signed up to go to Bergen Community College to stay around my local gym, Retro Fitness, and started my journey as a bodybuilder.

I started eating better and more often, and gained some good weight. I wanted to hit the 200-pound mark, but passed it and then some. It was one of the proudest moments of my life. Nine months later, I came across IFBB pro Vinny Galanti. I knew who he was because I'm a big fan of Universal Nutrition and he's one of their sponsored athletes. I went up to him during his workout and told him how big of a fan I was. After he finished his workout, he came up to me and said he would love to answer any questions or give me advice on anything to do with competing or bodybuilding. I thanked him and said I wanted to compete. He offered to train me for a teen show and I was pumped.

I feel like the luckiest kid in the world. Now Vinny trains me for shows and believes I can do some damage on the stage. 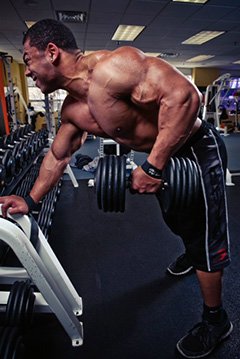 My passion for fitness started when I saw results. I fell in love with bodybuilding over a short time period. I love looking at the incredible physiques online and in magazines. I love surfing the web for videos of Mr. Olympia and my favorite bodybuilders like Phil Heath, Kai Greene, Jay Cutler, Flex Lewis, and Jose Raymond.

What/Who Motivated You to Be a Fitness Guru?

Motivation in the beginning came from seeing results. When I saw results, I worked harder to get bigger and stronger. Later, I found videos of Flex Lewis, who's my favorite bodybuilder and wanted my physique to match his quality. Plus, I watch many bodybuilding motivation videos on YouTube.

I always surf YouTube for videos of my favorite IFBB pros. That is what I do in my spare time. I watch bodybuilding motivation videos to stay motivated.

I plan to compete and take bodybuilding to the highest level. 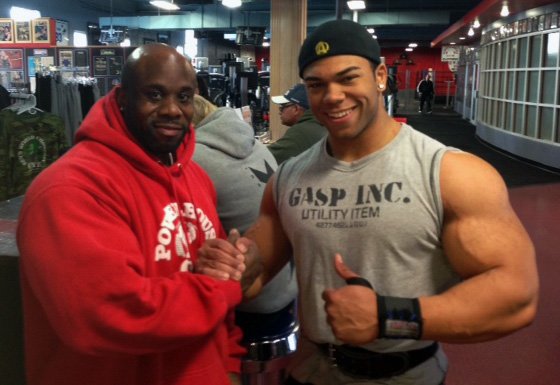 Never half-ass your training. You are only going to cheat yourself.

My favorite competitor is IFBB pro James "Flex" Lewis. He is a huge reason why I'm a bodybuilder. I wanted to be just like him. I want my arms to look like his. I still keep track of his shows and training videos. One huge reason why I look up to him is his stage presence. His posing routines are amazing. I hope my routine will be as cool as his one day.