Teen Amateur Of The Week: It's My Turn Now!

Growing up in an all-boys school ratcheted up the pressure to be big and dominant. Nico adapted and became a guru of workout information. Soon, his peers were coming to him for advice!

I started working out at age 16 as one of the scrawniest people in my school. In an all-boys school, being muscular got your name out there, so I bettered my image and turned a lot of heads. By the time I was a senior, people sought advice from me and I became addicted to knowing more than them.

I eventually became a young guru by reading Bodybuilding.com forums. Since then, I've been training to inspire others and better myself. Gym contracts started getting a bit costly, so I invested in some equipment and gathered some as gifts, too. I trained alone at home so nobody saw me at a gym. Then I won a gym contract in a local mag and ever since then it's been all out training. 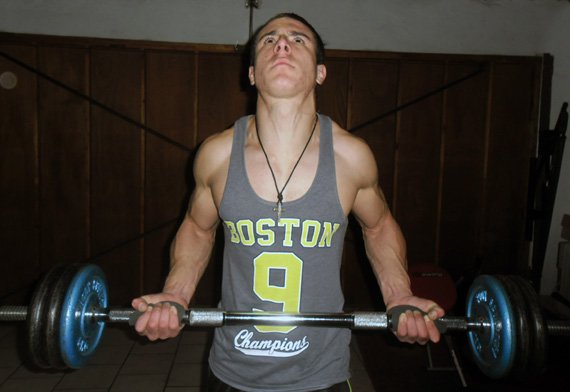 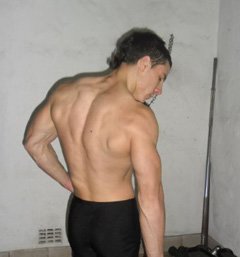 When I was a sophomore, I saw some of the seniors start to get rather large and a lot of attention was headed their way. When they walked onto the rugby pitch and ran over their opponents, I wanted to be like them; I wanted what they had; the popularity, the size, the strength. Working out became a passion so I could show everyone at school how much bigger and stronger I became. In an all-boys school, that's all that mattered: to be the top dog.

I started working out a year before my friends, so I gave them knowledge. I was just addicted to the idea that I knew something they didn't. I did my research constantly and they always came up to me to ask if I could show them some routines, what to take, what to eat and how to be like the seniors. 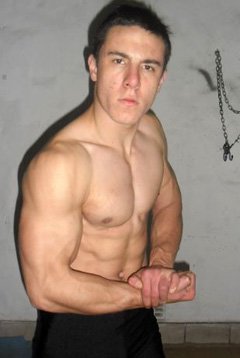 To the local gym, waiting for the next big guy to walk in and ask him what it took to be like him. Learning from them made me want it more and more each time. I also watched loads of motivational videos and clips of bodybuilders.

Push myself harder, eat better, learn faster, and become stronger. Whenever I'm at the gym, I learn something new, so the possibilities are endless.

Don't lie to yourself. Ask people around you to take before and after photos. Prove yourself wrong.

David Kaye - I want to be built like him.

Whenever I needed a new regimen Bodybuilding.com was able to give me loads of new exercises and routines to work with. Nutritional facts always left me clueless, so the forums always helped.