Cody and his brother competed at the gym, always striving to outlift each other. Eventually, Cody caught the eye of a potential bodybuilding sponsor, and he's never looked back!

I started weight training with my older brother, just for fun, but after a while it became more than just going to the gym and trying to push more weight than him. Then one day while I was at the gym roughly about a year ago I was approached by a man who was the manager of the nutrition shop across the street, called Urban Extreme Nutrition. He told me if I wanted to compete the shop would sponsor me to cover some of my costs. 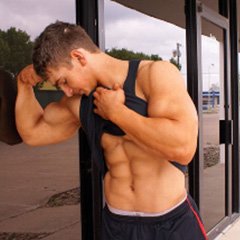 I decided I would compete in the Dallas Europa Super show, which at the time was far enough out I could focus on hitting it hard for a few months and working on some weak points before it would be necessary to cut back on carbs and all that for contest prep. When I was little I tried almost every sport out and ended up playing football through middle school and last year as a freshman at my high school. I decided this year to focus on bodybuilding and powerlifting, in which I broke 1200 as a freshman. 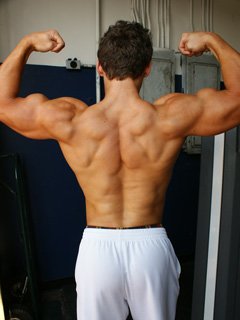 It slowly takes you over, from a guy who works out on occasion to a guy whose life is consumed 24 hours per day by it. I love being able to put everything I've got into it and seeing the results. I like not being having to worry about others but just put your 100% effort out and know you did everything you could at the contest you entered. I love the lifestyle of bodybuilding and plan to continue down the road and see where this all leads me.

My trainer Jonathan Irizarry is always there if I have a question or need some motivation. But most of my motivation comes from within me, my drive coming up to a show is very high but carries to my offseason training and dieting. There has to be a balance but you still have to be on top of your meals and training, even if you're on vacation, hanging out with your friends or feeling lazy there is no off day so to speak with bodybuilding.

Once I started bodybuilding, being the competitive person I am I wanted a challenge and goals. Some of which were to win shows, gain more muscle and get my name out there. Short term and long term goals are vital to a successful person in life. I set goals daily so that once I've met my goals for say 50 days, I know I've put my best into each and every single day.

I am currently in preparation for the 2012 NPC Teen Nationals in July. But my long term goals are to turn pro at some point and become successful in the professional bodybuilding circuit. My main goal though, of course, would be to one day be a Mr. Olympia Champion. 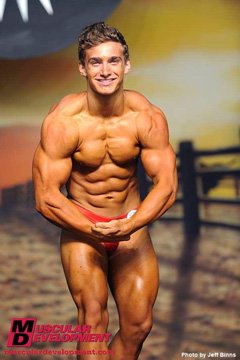 Don't ever give up. You can never fail if you never stop trying. Keep on trucking until you've reached your destination or goal.

I have used BodySpace as well as the forums. Thank you for this opportunity.

To my trainer, Jonathan Irizarry, my sponsors Lockout Supplements and Anabolik Clothing, as well as all my friends, family and followers. Thank you for all the great support.