The quest for greater muscular strength and size can be confusing, even for people who have spent years in the field. Scientific research is our best shot at providing objective and effective approaches for optimal hypertrophy, and yet the deeper you dig into research, the more you'll find experts providing conflicting opinions. Almost every day brings a new study that may or may not change everything you think you know about strength and performance—depending on how you read it. 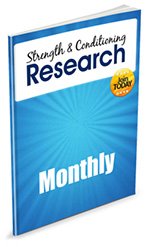 My colleague Bret Contreras and I launched Strength and Conditioning Research to help provide personal trainers, athletes, and coaches a path through ever-growing thicket of new research. Each month, we recap and review dozens of the latest scientific studies in the fields of strength training, hypertrophy, nutrition, athletic performance, and physical therapy. Each of those is a large, diverse field of study, so we pack plenty of new and potentially game-changing information into each issue.

In this month's installment, I'll summarize three important recent studies and lay out what they mean for you. One sacred cow of the weight room will take a hit, while another can rest safe. And if you're the type who prefers to take just take one post-workout supplement rather than an entire stack, an armada of swimming rats may have made your choice a little easier.

Researchers have generally agreed that loads of at least 70 percent of one-rep max are required during resistance training to instigate muscular hypertrophy under normal conditions. However, a small minority maintain that similar results can be achieved using lower loads, as long as the exercises are taken to muscular failure. Taking sets to failure is thought to produce high levels of muscle activity in the fast-twitch fibers in a similar way to using higher loads. Indeed, some researchers have reported that muscle protein synthesis can be elevated using loads as low as 30 percent of one-rep max. 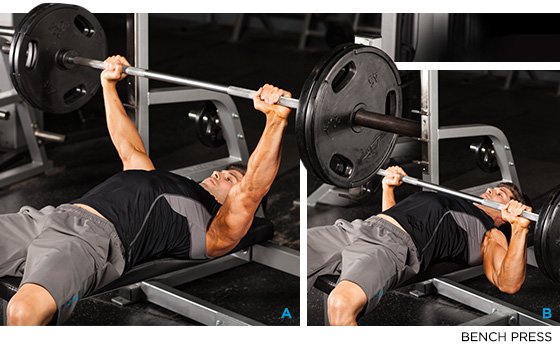 The researchers reported that strength increased significantly following both programs. However, they noted that the increases in strength were significantly lower after the low-load program than after the high-load program. The researchers also reported that muscle cross-sectional area in the pectoralis major was the same at the start of each training program, but the muscle cross-sectional area in the triceps brachii was 2.2 percent higher at the outset of the low-load program. However, the researchers noted similar increases in muscular size in general in both groups.

The researchers concluded that significant muscle hypertrophy can occur without high-load resistance training so long as sets are taken to failure with lower loads.

Secondly, the subjects were untrained, and this may have made it much easier for them to gain muscular size and strength. More advanced trainees might not have experienced the same gains, so we should be cautious about extrapolating the results of this study too far for now.

All of that granted, if you are just starting out in bodybuilding, it appears that you can make use of relatively low loads for increasing strength and size so long as you take sets to failure. However, the strength gains will likely not be as significant as if you had used greater loads.

2 / Compounds for Dinner, Isolation for Dessert 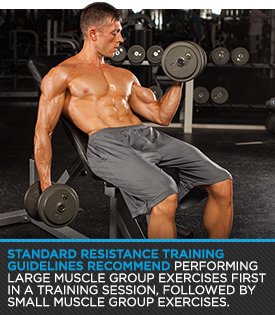 Simaõ et al. wanted to explore the hormonal responses to an upper-body resistance-exercise session and to compare the effects of performing the session in the order from small-to-large muscle groups and from large-to-small muscle groups. Therefore, they recruited 20 young males with at least two years of consistent resistance training experience.

The researchers concluded that when larger muscle-group exercises are performed first in an upper body workout, this leads to significantly greater circulating concentrations of growth hormone.

This study was limited to upper body exercises, so it is not known whether the same results would be found when comparing lower body exercises. Moreover, it is not known whether the differences in growth hormone post-exercise would lead to any meaningful differences in either muscular hypertrophy or body composition over an extended training period. Brad Schoenfeld recently performed an extensive review of this topic and concluded that the research is currently contradictory regarding whether post-exercise hormone responses are involved in muscular hypertrophy.

However, if your goal is to maximize growth hormone release post-workout in an upper-body training session, order apparently does matter. Perform compound exercises first, followed by isolation exercises. 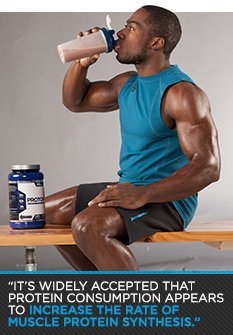 However, while there is a great deal of research discussing the impact of whey protein and leucine on muscle protein synthesis, there is much less research in respect of enzymatically hydrolyzed whey protein (WPH), particularly as compared to its component amino acids such as leucine. Kanda et al. wanted to investigate whether WPH caused a greater increase in muscle protein synthesis and mTOR signaling, which is a cellular pathway linked to muscle growth, than a mixture of amino acids.

First, the researchers obtained male rats and acclimatized them to swimming over a three-day period of pre-training. Then, one day, one group of the rats remained in their cages. They served as the sedentary control group, while the remainder of the rats swam for two hours. 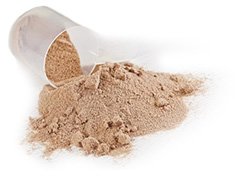 Immediately after exercise, one group of the swimming rats received no supplementation, while three other groups received one of three different iso-energetic test solutions: carbohydrate (50 percent glucose plus 50 percent sucrose), a mixed meal of 18 percent amino acids, or a mixed meal containing 23 percent whey protein hydrolysate. One hour later, the swimmer rats were killed and the muscle protein synthesis rates were established.

The study was limited in two key respects. Firstly, it was performed in rats and not in humans. Secondly, it related to acute changes in muscle protein synthesis, which may not necessarily translate into increased muscular hypertrophy over an extended period of time.

However, if budget or the desire for simplicity dictates that you choose between either hydrolized whey or an amino acid mix post-workout, the whey seems to be the more effective of the two in recovering muscle protein synthesis.