Behind closed doors, men in lab coats sample slushies, swallow seaweed by the fistful, and generally work to blow your mind. They toil to Metallica, amps turned to eleven, and debate the case for wheat bread. Occasionally one scribbles something, and in the background a rat struggles to exhaustion on a tiny treadmill. Sound strange? For these lads, it's business as usual.

Who are these magicians, you ask? Why, magic is nothing more than misunderstood science, I say! These men aren't magicians at all! In fact, they're supplement scientists, and they're constantly conducting cutting-edge research around the world.

I'm here to merge that world with yours, to simplify the complex, to update you on the latest, greatest, most incredible studies on supplements, training and nutrition being conducted today. At the end of each study summary that needs translation, I'll also hit you with a quick, effective, practical way to turn smarty-pants science into real-world results.

Welcome to a world you never knew existed. Ready to rock 'n' roll?

Want to exercise longer in hot, muggy weather? Skip the water cooler and rig up a no-calorie slushy instead. When healthy young adult males received either a flavored (no-calorie) slushy or flavored cold water beverage before running on a treadmill to exhaustion in hot and humid conditions (approximately 93.2 F and 55% relative humidity), performance improved by an average of 19% and perceived exertion decreased in response to drinking the slushy.

Based upon rectal (ouch) and skin temperature data, it appears the slushy allowed body temperatures to begin lower and reach a higher end-point before exhaustion was reached. 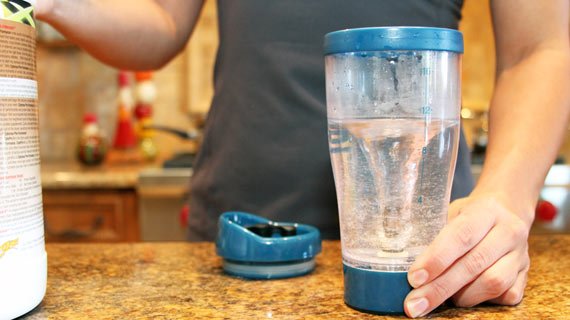 Ice Tornado: Drink it, don't get caught in it.

Practical Application:
Blend your pre-workout beverage into a slushy if you plan on exercising in hot and humid conditions.

Brown seaweed (Fucus vesiculosus), a mainstay of the Asian diet, contains a sulfated polysaccharide called fucoidan, a name derived from its high concentration of the 6-carbon sugar, fucose. However, don't let the sugar label bias you that consuming brown algae extract will pack on the pounds - fucoidan may be a promising and potent fat-burning ingredient based on recent cell-culture studies.

For example, researchers in Korea reported that 200 mcg per liter of fucoidan significantly decreased (-51%) insulin-induced uptake of glucose into adipocytes (fat cells), increased the expression (+1.47x) and activation (+1.59x) of the enzyme responsible for stimulating lipolysis (hormone-sensitive lipase, or HSL) and reduced intracellular fat (-52.2%) and triglyceride (-86%) accumulation.

Pump Up the Volume - Your Training Volume, That Is

Heading to the gym? Don't forget your iPod. According to Israeli researchers, listening to your favorite workout music between exhaustive bouts of exercise may promote faster recovery and therefore could increase total training volume. Specifically, listening to stimulating music following a high-intensity run to exhaustion resulted in lower blood lactate (-10.9%) and perceived exertion (-14.7%) compared to no music. 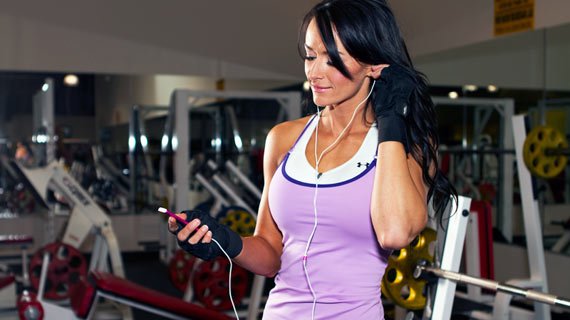 Yeah, she just warmed up with your max. Two sets of fifty, in fact.
It's the jams, son, the jams!

Lower blood lactate means that recovery between exhaustive bouts is improved, which sets the stage for being able to achieve greater total training volume at any given level of intensity.

Conclusions can be made based on studies involving cell cultures as opposed to free-living lab animals (humans included) is like a murder weapon in a court trial - the weapon can only be entered in as evidence; it cannot by itself prove causality.

The jury remains out on whether consuming alkylresorcinols, as contained within whole-grain wheat or rye products, causes a similar down-regulation of fat burning. Stay tuned.

The results of a recent study out of The Netherlands seem to indicate that resveratrol supplementation may mimic the metabolic response (i.e. starvation) arising from caloric restriction. Specifically, when obese men consumed 150 mg per day of the 99% trans-resveratrol product, resVida® (DSM Nutritional Products), for 30 days, basal and resting metabolic rate decreased.

Researchers also found an increase in intramuscular fat and AMPK, an enzyme responsible for maintaining a cell's energy state (an increase is thought to stimulate fat accumulation).

Practical Application:
Resveratrol may be best consumed as part of a comprehensive weight loss product that includes catecholaminergic and other synergistically targeted ingredients capable of stimulating calorie and fat burning.

How Much Training Do You Need To Maintain Muscle and Strength?

Around the holidays, perfect gym attendance is as rare as a paparazzi shot of Britney Spears actually wearing underwear. So will some missed workouts undo all of your gains? Hardly - especially if you're young.

Younger adults could reduce their training to one-third of their previous volume for 32 weeks and not only maintain their previous muscle mass and strength, but continue to realize a significant increase in muscle hypertrophy. 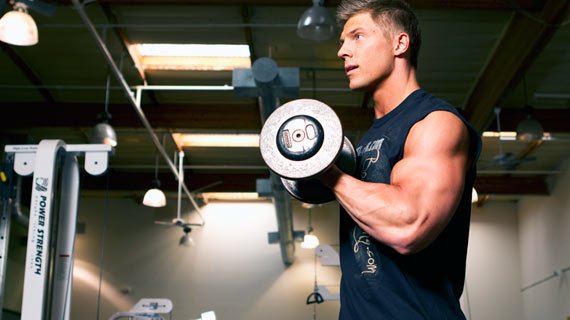 A weekly training volume of just one-ninth of the former training program still allowed young adults to maintain prior muscle mass and strength. Older adults, however, were only able to retain strength; they realized significant muscle mass losses in response to detraining.

Make Your Brain An Over-Compensator With Exercise

Observe enough people exercising and you may wonder if their brain remains active while training. YouTube workout jackasses aside, researchers at the University of Tsukuba, in Japan, showed that when rats were exercised to exhaustion on a treadmill, glycogen concentrations in their brain were depleted by 50-64%, or approximately two-thirds of the depletion rate in active skeletal muscle.

However, whereas skeletal muscle glycogen supercompensation (above baseline) reached 43-46% at 24 hours post-exercise, the brain appears to undergo a much more rapid rate of glycogen recovery - whole-brain glycogen concentrations were 60% greater than baseline 6 hours post-exercise. Interestingly, glycogen depletion/recovery and the duration of supercompensation vary based on brain region. Like skeletal muscle, resting brain glycogen concentrations were shown to increase over time with exercise.

Since glucose availability to the brain is largely responsible for food-seeking, insulin and glucagon signaling - not to mention focus, energy and mood - the implications of having significantly greater concentrations of stored glucose within the brain in response to exercise is wide reaching.

A higher resting glycogen concentration in the brain also likely promotes an adaptation to the training and, paradoxically, may also serve to stimulate feeding (to maintain the brain's higher baseline glucose demand).