Resveratrol Benefits: How Good Is This Grape-Skin Supplement?

Reservations about resveratrol? Learn what this cutting-edge ingredient is all about, and get caught up with the latest resveratrol research!

Contrary to popular belief, resveratrol is not the name of some wizard's time-reversing tonic. It doesn't belong between a bottle of truth serum (Tell-all-atrol) and a vial of hair-growth juice (Not-bald-at-all), and it's not an ingredient in a spell. Strangely enough, resveratrol is actually a real-life rising star in the supplement universe.

But maybe you've got a case of resveratrol reservations. You might be wondering if it's the real deal or a real dud. If so, you're in the right place.

You wouldn't take home someone you don't know, and you shouldn't use a supplement you don't understand. If you're interested in using resveratrol to support your health and fitness goals, dig in to learn the "ins and outs" of what this fairly recent supplement is all about.

Don't fall under the spell of flashy marketing and glossy pictures. By understanding the background of a product, you can make sure it's something you're comfortable putting in your body, especially over time.

With that in mind, let's take a ride through the world of resveratrol. 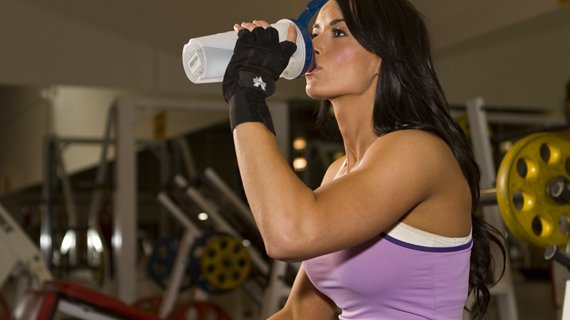 Wine contains resveratrol, but you still need to drink water!

Resveratrol belongs to a family of organic chemicals known as polyphenols, which are found in various foods that you down in your daily diet. Polyphenols act as antioxidants in the body and can help scavenge free radicals. No, free radicals are not loose rock stars. We come into contact with free radicals daily; they're unstable atoms, molecules, or ions that can damage the body.

Resveratrol is a particular polyphenolic compound found in grapes, green tea, and peanuts. Resveratrol serves an important function in grapes, helping protect them from invasion by bacteria and fungi. Resveratrol might also account for some of red wine's numerous benefits. Have a glass or two; you'll see what we're talking about! In all seriousness, studies have suggested that red wine might support heart health, which could be due (in part) to polyphenols like resveratrol.

It should be noted, however, that the concentration of resveratrol is much higher in the skin of red grapes than it is in red wine. If you really want to take resveratrol for a ride, go for fruit rather than alcohol. Since food sources don't provide high amounts of resveratrol, supplementation is also a viable option.

Certain studies in mice suggest that resveratrol supplementation can slow down the aging process and enhance motor coordination in older mice. In addition, mice fed a high-fat diet in combination with doses of resveratrol didn't gain as much weight, ran further on the treadmill, and lived longer than the group of control mice. (The control group was not given resveratrol.) According to these studies, resveratrol may work, in part, by boosting enzyme activity in the mitochondria (power house cells) of muscle tissue. Pretty neat! 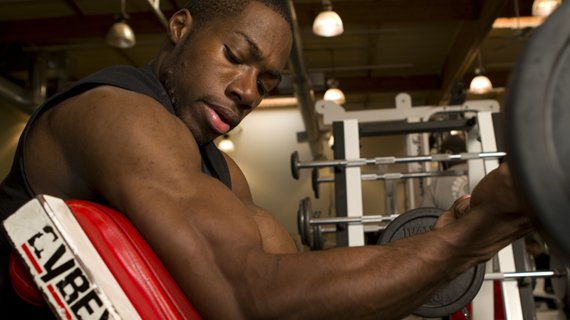 "I produce so much power, mitochondria was my high school nickname."

Is resveratrol a miracle cure? Nope. There are no miracle cures or magic potions (sorry, Not-bald-at-all). You can, however, start harnessing the power of resveratrol now by including natural sources in your diet. Consume grapes, red wine (in moderation), Concord grape juice, peanuts, blueberries, bilberries and cranberries. Just like the flavor of wine varies based on the grapes used, production region and climate conditions, resveratrol content also varies based on some environmental factors.

If you want to begin supplementing with resveratrol, take note that reseveratrol studies are fairly new, so long-term effects are currently unknown. In the short term, certain studies suggest that resveratrol might act as an estrogen antagonist. This means that resveratrol might exhibit certain anti-estrogenic effects, which could interest certain males trying to build muscle while concerning some women.

While a lot of research has yet to be conducted, at least you now know that resveratrol isn't an ingredient in your grandmother's face cream. Resveratrol is rapidly gaining attention, so expect to hear more about its various possible health benefits in the near future.