Protein Cracked: Making A Case For The Egg

Egg whites are a high-quality protein source, but whole eggs often get a bad rap. It's time to crack a few myths and showcase the power of the yolk.

Egg whites are often referred to as the perfect protein, due to their amino-acid makeup and the body's ability to utilize them properly.

Egg whites contain as many as 40 different proteins. Of these, ovalbumin constitutes the majority, making up about 55 percent of the protein in egg white. Ovotransferrin is an iron-binding protein in egg whites that provides antimicrobial properties and makes up over 10 percent of the protein content. Ovomucin is another type of protein that makes up less than 5 percent of egg-white protein and provides the jellying property of egg white, as well as antimicrobial properties.

Although bodybuilders used to focus on just the egg white for protein, and avoided the yolk because of the fat and cholesterol—it's now known that it's more beneficial to consume both the egg white and the yolk together. That's because that golden center contains the majority of the micronutrients in eggs, including vitamin A, vitamin D, vitamin K, B vitamins, selenium, iron, zinc, and phosphorus. 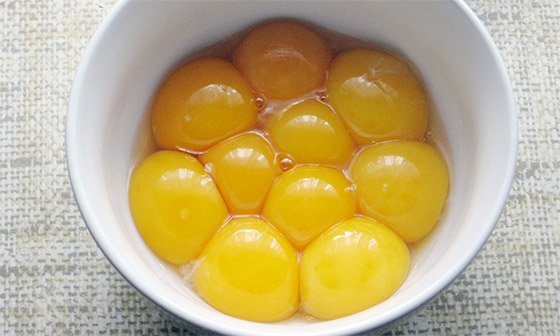 "That golden center contains the majority of the micronutrients in eggs, including vitamin A, vitamin D, vitamin K, B vitamins, selenium, iron, zinc, and phosphorus."

We now know that fat is important in a diet. The saturated fat in egg yolks is less than half of the total fat. But saturated and monounsaturated fat, also in egg yolks, are important for maintaining higher testosterone levels. The fat and cholesterol from yolks, which was once thought of as harmful, appears to provide benefits for those who do strength training.

In fact, in a head-to-head egg comparison, consuming more whole eggs was shown to help with muscle gain and strength. The magic number? Three. One study from Texas A&M found that subjects consuming three whole eggs a day while following a weight-lifting program for 12 weeks gained twice as much muscle mass and twice as much strength as subjects eating either just one egg per day or no eggs. Those kinds of benefits may be due to the cholesterol content. After all, cholesterol is converted to testosterone in the body. 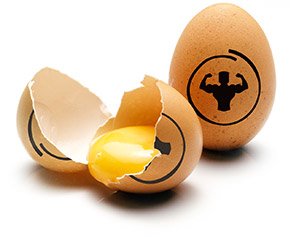 Cholesterol also helps maintain the integrity of muscle cell membranes, which helps them function properly and avoid breakdown. Scientists from Kent State University put 47 older adults (ages 60-69) on a 12-week weight-lifting program, and tested them before and after for changes in muscle mass and strength. They placed all subjects on a moderate protein diet, and divided them into two groups. One group followed a lower-cholesterol diet (1.6 mg per pound of body weight or approximately 150-250 mg per day), while the other half consumed a higher cholesterol diet (2.6 mg per pound of body weight or about 250-450 mg per day). After 12 weeks the group that consumed the lower-cholesterol diet did not increase muscle mass, and only increased their strength by about 35 percent. The higher-cholesterol group, on the other hand, had an increase in muscle mass of about 5 pounds, and upped their strength by about 90 percent.

Eggs can also help you get leaner. Research from Saint Louis University found that people who ate eggs for breakfast consumed fewer calories throughout the day than those who had a breakfast with the same amount of calories from a carb-heavy bagel. A follow-up study by the same team found that when women consumed two eggs for breakfast at least five times per week over a 12-week period, they lost 65 percent more weight and had a 34-percent larger reduction in waist size compared to those who skipped the eggs. The study also found that adding two whole eggs to breakfast resulted in no changes in cholesterol levels. 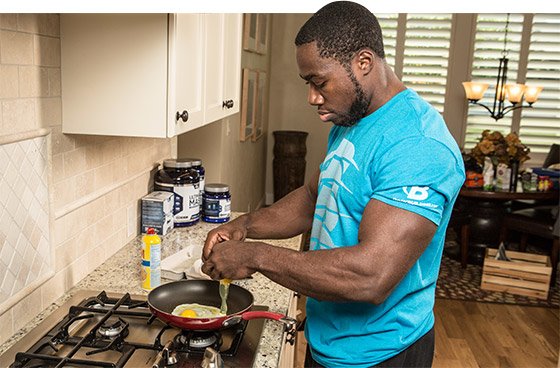 "Research from Saint Louis University found that people who ate eggs for breakfast consumed fewer calories throughout the day than those who had a breakfast with the same amount of calories from a carb-heavy bagel."

Consider eating two or three whole eggs each day to take advantage of all the benefits eggs have to offer in regard to performance and body composition. You can bump up the protein intake by adding an extra white or two for each yolk.

While eggs are typically thought of as a breakfast food, you can enjoy them anytime throughout the day. Hardboiled eggs work great in salads or as a stand-alone snack. If you really want to kick your eggs up a notch, try my Egg and Ham Cups; they're delicious and easy to make. 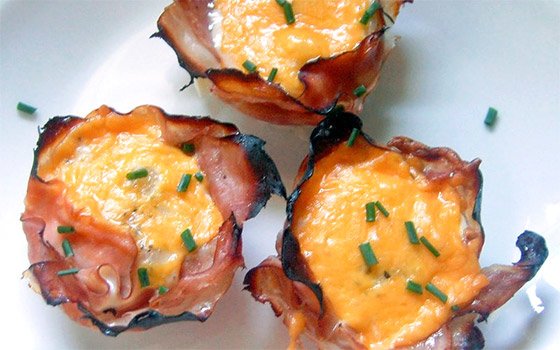