Over 40 Amateur Of The Week: Heidi Halm

After her children left the roost, Heidi found time for herself and made remarkable changes to her body. She chose to try, and she succeeded!

I started lifting weights when I was 19-years old. I had gotten married and was stationed at an Air Force base in England with, at that time, my husband. I had no control in my life at that time and as a result, I struggled with anorexia and bulimia. A doctor insisted I gained weight, so I decided to put on muscle instead of fat to keep him off my back and me out of the hospital.

Once I hit the gym, I was the only female in the weight room. I began lifting with the men there and soon I was powerlifting. About a year later a female bodybuilder moved to the base and we became friends. She competed and I went to her show. I was inspired. 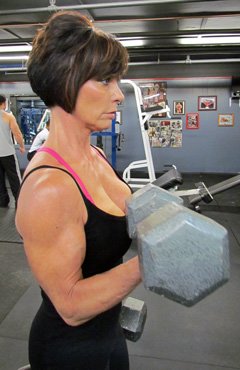 Part of being in a military family is knowing that you will be moving about every four years. We had moved back to the States and I continued to work out, but really had no idea what I was doing. I got pregnant with triplets and had to stop doing any form of exercise due to complications. Unfortunately, I lost two of the babies during pregnancy. After the birth of my daughter, I was so blessed to have her with all the issues I had during the pregnancy, I never went back to lifting.

Three years later I was pregnant with twins. I was on bed rest through most of that pregnancy. After the birth of the twins, life was just too hectic to even think of having "me" time. I ended up divorced with three small kids and had no time or money to join a gym. When my oldest graduated from high school and the twins were high school seniors, I finally had the time and money to join a gym. That was three years ago.

I took some fitness classes and also played around in the weight room. I was approached by a bodybuilder named Don, who showed me some proper form and we began lifting together. He and the gym owners told me I should compete. I listened to what they said and Don began to train me. I had set my sights on a show to compete in, but had a pec injury so I had to rehab my pec and put the show on hold. Don and I became engaged and I competed, at 48, in my first show USA Continental, Oct. 8, 2011. I placed first in women's lightweight. I competed two weeks later in the Badger State Championships and won the lightweight class and overall. 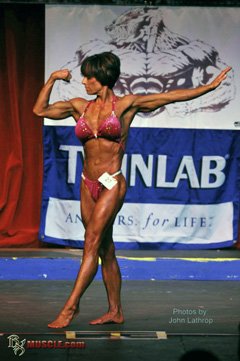 I love bodybuilding because of the transformation one can make with their body. Genetics plays a big part of what someone can achieve but with hard work and dedication you can still turn your body into something beautiful. With having a prior eating disorder, which I learned, is a control issue not an "overweight" issue, bodybuilding is a perfect match for me because I am in control of body and not in a negative way.

My fiancé and I are in this venture together and having someone who understands the whole process and dedication it takes keeps both of us motivated. Sure, I do enjoy dining out and cheat meals but not wanting to let him or myself down keeps me in check. I also want my children to be proud of their mother.

I put 110% into competing. There was no cheating or excuses. I was going on stage with no regrets or feeling like I had anything to blame not doing well on. If I didn't do well, it was because my competition was just better, and I did the BEST I possibly could.

Set a goal. Make it within reason. You need to look at yourself or even have others look at you objectively. It takes time to put on mass and to get your nutrition plan to work with your body type. I asked for everyone to be honest with me and if I wasn't ready for a show I had picked, then there was always another show to shoot for. 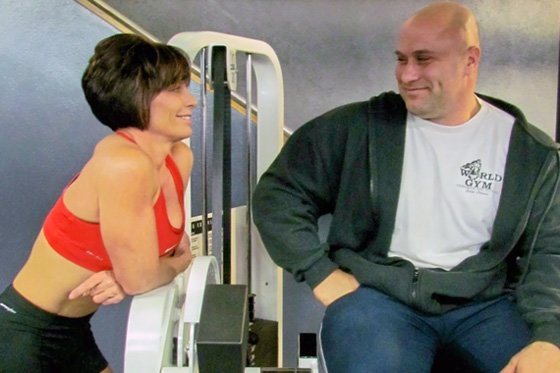 Rachel McLish. I have always thought she keeps the femininity in bodybuilding.

I am always looking for new ideas. I watch the videos on training to add to my workouts and I love recipes to try for my fiancé and I.

I need to thank first and foremost Don Weiss for his training, love, honesty and being there every step of the way. I could not have done any of it without him. Doug and Donna Donovan for their advice, nutrition plans, posing, keeping me motivated and love. Denetta Reddick for her kindness and photos. Chuck Zamzow for his music and help. My kids for their love and support. My boss for not firing me when I was leaning out and moody. Dr. Shawn Snyder and all of my Donovan's Nautilus family.