Over 40 Amateur Of The Week: Come To The Light!

Elaine's life was filled with dark days and weight swings until a divorce from her ex revealed the light. She set a goal to compete, switched the women's physique, and built a massive frame!

I spent a number of years in and out the gym, but became serious about lifting and getting in shape about seven years ago. Throughout my life, I've experienced dramatic weight fluctuations. I dealt with an eating disorder in my early 20s when I was maintaining a weight range of 85-90 pounds and ballooned up to nearly 200 pounds after my recovery. I stabilized around 165 pounds and maintained until I was 34 and got divorced. That was one of the main motivators to thrust me into shape. 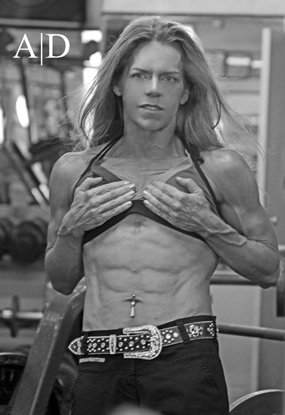 I didn't make the decision to compete at that time. I wanted to drop 20-25 pounds so I could put myself back out there and look better than my ex (he's a nice guy, though, and we're still friends). As I was losing weight, I really liked what I saw. I thought I had a chance to compete. In hindsight, I wasn't ready mentally. I had way too much stuff going on, working 3-4 jobs at once, and just couldn't get rid of the last 10 pounds.

I needed to lose to look "stage ready." I maintained my look for several years until work consumed my life for the better portion of 2010. I didn't realize how much weight I gained until I couldn't fit into fat jeans anymore.

I renewed my commitment to fitness in April of 2011, when the scale said 175. I was turning 40 in July of that year and was determined to compete (it had been on my bucket list for some time). I competed in the NPC Eastern in November of 2011 at a contest weight of 135.

I was told by several judges that I was too hard and had too much mass for figure. When women's physique was brought to regional NPC shows, I immediately made the switch and did my first contest in March of this year. I finished my competition season with a fifth-place finish at the NPC Masters Nationals. I love women's physique. 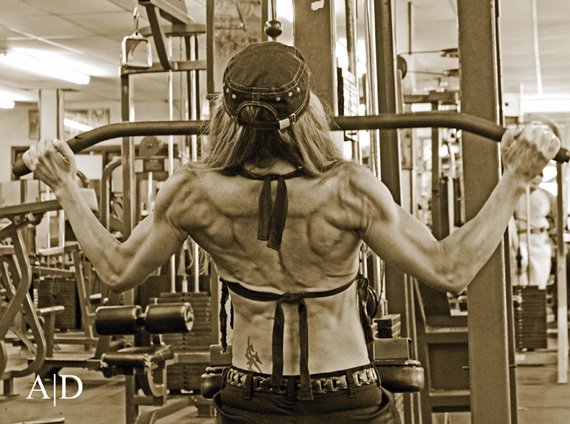 The will to discover fitness is rooted in motivation. Elaine's resolve arose from a broken relationship, and a quest to compete. She saved herself.

The more weight I lost, the more passionate I became. Watching the scale go down and wearing whatever I wanted to fueled me to go down the competition road. I believe you can always be better. None of us will ever be perfect, but we should try as hard as we can.

You learn a lot about yourself when you train and diet for that first contest. You really find out what you're made of. I've had many days where I dug deep to do what I had to do to compete. I surprised myself and those around me.

All contests are under the NPC:

I don't know if you remember the original version of the TV show "American Gladiator," but I remember watching it when I was in my late teens and saying to myself, "Wow, those girls look awesome! I would love to look like that one day!" Well, it took 20-plus years to look like that, and words cannot describe how happy I am now.

As I mentioned, I had some pretty dark days. The one thing I kept saying to myself was "Your competition is not taking a day off." I wanted to do the best I could when I stepped onstage. I didn't want to be labeled as "That girl." You know what I mean—the one who doesn't belong.

My plan for the next eight months is to hit some big lifts, put on more size for next year, and lean out my legs a bit more. I plan to compete at the Junior USA's in May, and depending how well I do, either compete at Junior Nationals and/or USA's, in addition to doing Masters Nationals again. I'm determined to earn my IFBB pro card. I was made to compete. 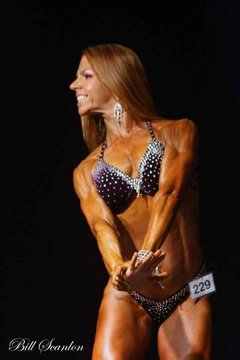 It's hard to pick just one. The first that comes to mind is nutrition. People ask me all the time, "What do you do for your abs?" My response is always to eat clean. It's true that abs (and a lean physique) are made in the kitchen. Having a nutrition plan that supports your fitness goals is the most important. If you want to lose weight or gain size, nutrition in the major component.

This is an easy question: Dana Linn Bailey. As the pioneer of women's physique, I have tremendous respect for her and her accomplishments. She's also really cool. I had the opportunity to meet her and her husband, Rob, at Team Universe and they are nicest people.

My favorite part about Bodybuilding.com has to be the forums. I love interacting with others who share my passion and desire to compete. It's also great to research supplementation, as user feedback is very important to me. I've discovered some very essential supplements that I use every day. I would have never heard about Trutein had it not been for Bodybuilding.com.