Over 40 Amateur Of The Week: Addiction Adjustment

Cigarettes used to consume his time and energy. Kevin kicked the habit, replaced his addiction with fitness and hasn't looked back!

How Did You Get Started?

In 1996, I smoked two packs of cigarettes a day. I weighed 135 pounds and couldn't run without throwing up. I've been in the military since 1991, so it was embarrassing. I quit smoking in August of 1996 and walked into the military gym to take the edge off my cigarette withdrawal. My addiction was replaced by weightlifting. 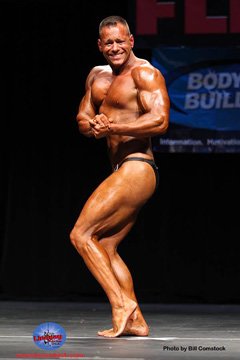 I joined my first real gym about six months later and began asking questions to any seasoned lifter who would talk with me. I was like a sponge, trying anything that made sense in the gym. Years later, I would learn the most important thing of all: diet and supplementation. This skyrocketed my progress. I began cooking my own chicken and potatoes and my weight eventually (over 10 years) went from 135 to 200 through a clean, high calorie diet.

In 2003, while in Iraq, my friends and I acquired some inferior local weights and made a squat rack. We were creative and hungry to train. My diet could not be counted in Iraq. My friends sent me protein powder for the first six months until I had internet access. Then with access, I ordered through Bodybuilding.com.

People have asked me to compete in bodybuilding and powerlifting for years. In May 2010, I entered my first show. I entered a non-tested NPC show. As a 100 percent natural guy, I felt pretty small compared to the other competitors. I dropped from 200 to 168 pounds with a very low body fat percentage with the help of Ed Payuyao (my trainer for this show), and had the best time of my life. Six months later, I competed in my first powerlifing meet, winning first in my division. Five months later, I won my next powerlifting meet.

I love being able to compete with the last workout. I enjoy the feeling of being able to push myself beyond my own limits. My body responds to a meticulously tracked diet that I can change as my desire for improvement grows. There is no outside stress in the gym. There is almost a meditative state under the squat bar which blocks out the rest of the world.

I have been able to change my body from the smallest guy in the gym to where I am now. I love the challenge of the diet, the seemingly impossibility of raising my 1RM, and the pure natural high I get during that hour of beauty mixed with fury in the gym. 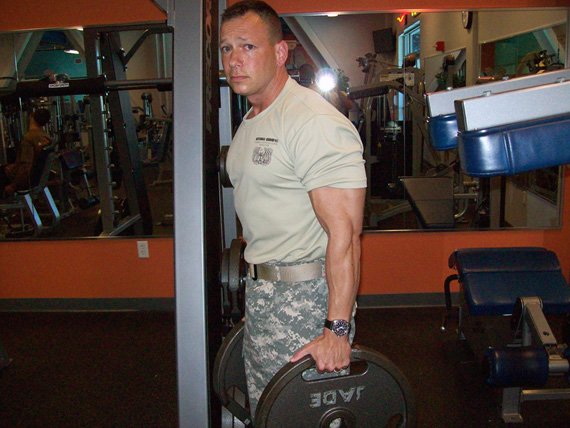 I actually enjoy this. I have a two and a four-year-old at 40, and want to stay young. My family has a history of high blood pressure and bad backs, so deadlifting 515 (with low blood pressure) shows that I may beat genetics with drive and hunger for this lifestyle.

My goals have been met over and over. I keep changing them because the world of bodybuilding has so many different methods that work. I enjoy the personal success of this, and am happy with many goals I hit without needing to tell the world. 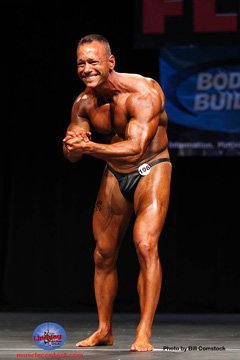 I want to compete in the INBF in the next year and enter the next APA powerlifting meet in Sacramento next November.

Diet. This is the hard part. Training is the reward, the fun, and the easy part. What we eat requires much more discipline. Bulking, cutting, or maintenance is all driven by what we eat.

First and foremost, I order supplements though the store. I used this through years and years of military travel. I read articles, check out the Amateur of the Week features, and to look at training and nutritional articles. I also look at supplement reviews quite a bit.