This year's fitness event could be a stunner. Adela Garcia has had first place locked down for the past three years. Will she finally be dethroned?

The 2012 Fitness Olympia promises to be an exciting event. Returning champions will compete against up-and-comers who are pushing the throttle hard. No matter how nice they might look in bikinis, these women are primed for tough competition.

Will anyone jump, flip, push-up, and dance better than six-time Olympia champion Adela Garcia? Check out our predictions for a look at the athletes and where they might place. 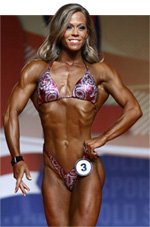 Bethany has already had a pretty solid year.

She took fourth at the Arnold Classic and second at the St. Louis Pro. Cisternino has an amazing physique and is one of the best gymnasts in the show.

With beautiful symmetry and great athleticism, she has the potential for greatness.

However, she has trouble coming into shows in perfect condition; and while she's a fantastic gymnast, the routine itself will need to be better if she wants to place higher than last year. 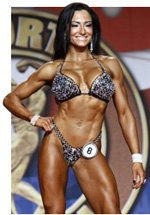 In the past two Olympia competitions, Camala has placed ninth and tenth.

This year, she has improved her physique and came from nowhere to take second at the Arnold.

She's won a few pro shows, but her conditioning in the physique round hits or misses.

If her conditioning is on point, I see her cracking the top five and possibly unseating those in front of her. 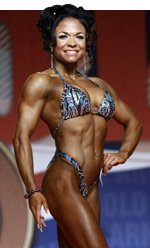 Myriam is one of Canada's top fitness competitors. In Canadian competitions, athletes seem to carry a little bit more muscle. So her extra mass has tended to hurt her on the International scene.

She is a little bit thicker and is somewhat lacking in symmetry, but she still brings in a strong package.

Last year, she placed third at the Olympia— the same placing she took at the Arnold this year. I don't see her carving out a higher place unless one of her competitors makes a mistake.

Her incredible routines, however, are always among the best. Look for her to remain in the top five. 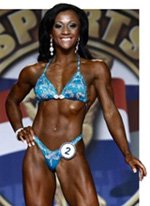 Tanji Johnson has been an absolute animal in competition. For several years she was the second-most unbeatable person in Fitness.

She has the most entertaining routine out of the bunch, and for years she has been considered the only legitimate threat to Adela.

In the last three Olympias she has placed second, however she has not had a strong showing this year. Her conditioning has been off in recent shows, earning her only a fourth-place finish at the 2012 IFBB Flex Pro and fifth at the Arnold.

I see her improving her conditioning, but I don't know if she will have enough momentum to steal Adela's crown. 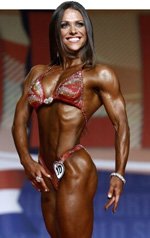 Although she's barely cracked the top five in previous years, Oksana has recently made incredible changes to her muscle quality and overall physique.

This year she was second at the Flex Pro, third at the Arnold and first at the St. Louis Pro.

Her routine at the Arnold was well-balanced with strength and cardiovascular moves, leaving little room for improvement, it would seem.

But she's proven to be full of surprises.

Adela is damn near unbeatable. She hasn't lost a competition since 2007, and in her eight years of professional competition, she's never placed lower than third. 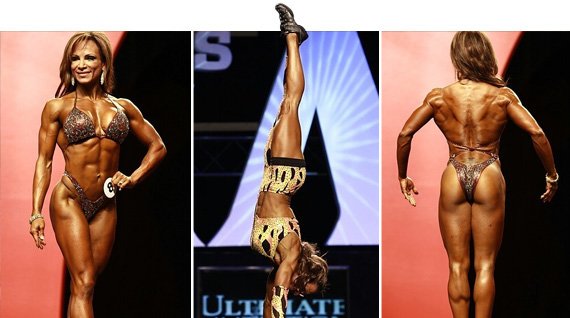 She always brings the best combination of strength, flexibility, and entertainment to her routine; her beautiful physique tops the best of her competitors.

She has it all, and even time hasn't been able to beat her yet. I think she'll take home her seventh Olympia win this year.