This week I'm going to review the science behind a number of the popular fat loss supplements available to allow you to make a sensible decision.

At some point in our lives, most of us have probably tried to lose weight; many of you are probably still trying to lose fat and pack on slabs of muscle. This desire to get leaner has more than likely led many of you to try some "fat-burning" supplement(s). Many of are probably still looking for something that was as effective as ephedra.

This week I'm going to review the science behind a number of the popular fat loss supplements available to allow you to make a sensible decision.

In 2002, according to the Federal Trade Commission, consumers spent approximately $35 billion on weight loss products (e.g., books, dietary supplements, weight loss franchises, etc). Remember, though; just because products are easily accessible in health food stores, via the internet and vitamin shops, does not necessarily ensure they are safe or efficacious; understanding the research associated with each is crucial.

Citrus aurantium has taken over for ephedrine and is in a majority of fat loss supplements available. Although its inclusion in "ephedrine free" products is common, there is surprisingly little research to support or refute its purported claims.

Citrus aurantium, is more commonly known as bitter or Seville orange. It comes from a small citrus tree and the most active ingredient in Bitter Orange is synephrine; a "chemical cousin" to ephedrine, since their structures are so similar. Here's how it works: synephrine stimulates the receptors--particularly the -3 receptors. 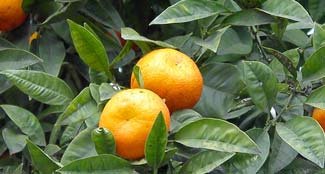 In vitro (a fancy term for test tube) research demonstrates that synephrine does just this; it works specifically on -3 receptors, with limited action on the other two receptors. However, although synephrine's activation of the 1 & 2 receptors is limited, there is still concern regarding the effects on the cardiovascular system because of the limited available evidence on Citrus aurantium in general.

Although these results were statistically significant, the groups were not compared against one another, but rather only versus the baseline values of their respective groups. This means that it is impossible to say if this particular product was "better" than the placebo product.

Because this is the only scientific manuscript published using Citrus aurantium as a weight loss aid in humans, it is impossible to draw a sound conclusion as this study provides very weak evidence in favor of Citrus aurantium.

Green tea extract has also recently seen a surge in popularity; it is hard not to find it on the ingredient list of fat loss supplements. Even green tea as a beverage has surged in popularity as it is the most widely consumed beverage in the world, second only to water. The particular extract in green tea that is of importance is epigallocatechin-3-gallate (EGCG).

EGCG has shown promised as an adjunct to an effective diet and exercise regimen. However, it is not only the EGCG that appears to be relevant in green tea, but also the naturally occurring caffeine. There is approximately 10 - 80 mg of caffeine/cup and EGCG and caffeine are synergistic in the process of increasing thermogenesis (e.g., it uses more calories).

The caffeine only group was put in place to determine if the EGCG had any additive effect to the known ergogenic benefits of caffeine. After the short, 24-hour study, researchers noted a significant increase in resting metabolic rate (4%) in the EGCG + caffeine group vs. the caffeine or placebo groups.

While this did not correlate to a decrease in bodyweight, it was only a one day study. Therefore, longer term research is necessary to determine if the body would grow accustomed to this stimulant, or if this increase in metabolic rate would continue for the duration of supplementation, which could obviously enhance weight loss.

At this time it appears that green tea extract is safe, but again, longer studies need to be conducted to truly assess the efficacy of this supplement on weight management. Keep in mind that one cup of brewed green tea supplies approximately 50-100 mg of EGCG.

However, this value is dependent on temperature of the water, type of leaf, season of cultivation, etc. However, since there is also research to support the notion that tea consumption as a beverage is correlated to lower bodyweight, coupled with the known health benefits of green tea regular consumption is a wise idea.

Caffeine is often the cornerstone of many fat loss supplements because of its well-documented effects on thermogenesis and lipolysis (fat-burning). However, it is not necessarily considered as a stand alone product intended to enhance fat loss; rather, it is included with other ingredients with the intention of producing a synergistic effect.

Caffeine exerts its effects in a number of ways. Without reciting a biochemistry book, it helps block an enzyme that otherwise puts an end to thermogenesis. Other studies suggest it may also increase lipolysis.

It is important to note that high doses of caffeine can also have some negative side effects. Studies have demonstrated that caffeine may elevate blood pressure and heart rate, as well as result in diuresis (increase fluid loss).

A regular cup of coffee contains approximately 100 mg of caffeine (which will vary with bean type, length of brewing, etc), so caution is advised when taking doses of caffeine that are much higher than this.

The safest, quickest and most sound way to lose fat is through a moderate caloric reduction and increase in exercise. Rather than relying on pills or potions, get control of your diet and put a push that intensity through the roof with your workouts.

In part II of this article, I'll discuss a few other popular fat loss ingredients.