To be an officer in any country's military, you must lead by example. Stephen Smyth shows how to get things done in the British Army!

Leaders like Stephen Smyth help drive the British Army to the forefront of conflicts all over the world. His tours of duty took him to Iraq and Afghanistan, where he helped provide crucial support in combat areas.

But Smyth is both an officer and a bodybuilder. The recent advancement of the men's physique division of competition finally gave him the inspiration to develop his body to its best form. Hear how he wants to make this new sport take root in the military!

It runs in the family! I considered it as a career as I finished school, but decided to go to university. After that I ended up writing software for a living. I was training hard at that point; I had been working out consistently throughout my time at university. I was discovering that I was physically capable, with a natural aptitude for endurance.

As my days of writing software became less fulfilling and my love of training hard and pushing myself continued to grow, I found myself drawn to a life in the army.

It's a vocation that requires enormous self-discipline and the ability to challenge your own abilities, bettering them whenever you can. That really drew me in, but it also offers a tremendously fulfilling career with unique opportunities.

Was it a hard transition from software writer to soldier? Where are you at now?

Trying to think back to my days at the Royal Military Academy, Sandhurst (RMAS), I think my prevailing memory is the initial "shock of capture." You must let go of many freedoms while the army shapes you into what it needs, no matter whether you are joining as a soldier or as an officer.

After a time, the concept of the army becomes a vocation and a lifestyle, not just a job that you can forget about when you clock off and begin to settle in. This requires a shift in mindset and outlook on life. In short, you live it 24 hours a day.

Currently I am a student at the Defence Academy. I was recently promoted to the rank of major. This will prepare me for the next series of posts I can expect to fill in the Army and provide the opportunity for further education. Luckily for me, the academic timetable allows just enough time for training!

As an officer in the Royal Artillery, I have held several different posts, initially as a troop commander of an artillery field gun troop. My last job at regimental duty was as a fire support team (FST) commander. An FST is a small team of specialist Royal Artillery soldiers who call in fire support, manage airspace, and advise their supported commander on all matters of offensive support.

This was an incredibly rewarding, albeit demanding, post where I was privileged to command a team of excellent soldiers.

In a word: improvisation. Wherever you go and whatever you do in the army, it is a personal responsibility to maintain a high level of fitness. This can be as simple as keeping your cardiovascular fitness tuned in by running, doing circuits, yomping (marching with weight), or however else you can. On an operational tour, access to equipment can be excellent if you are located at a large base, in which case maintaining a relatively normal training regimen is easy. 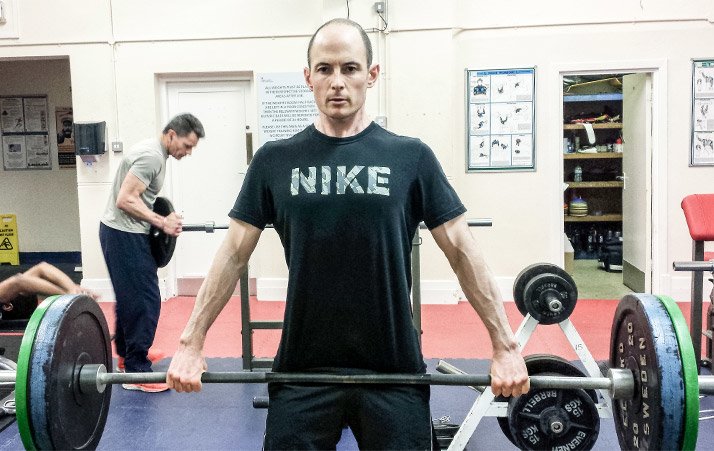 Wherever you go and whatever you do in the army, it is a personal responsibility to maintain a high level of fitness.

Conversely, in an austere location, you may start with nothing and have to be creative. This is where improvisation comes in, and I have seen some good ad hoc gyms created in small patrol bases using cast-off kit. For most of my last tour I kept my conditioning up by running with an old road wheel from an armoured vehicle tethered to me. It was a horrific cardio training session, but effective. I was lucky enough to be co-located with some engineers from the Royal Electrical and Mechanical Engineers (REME) who were expert craftsmen and could knock up dumbbell handles and bar attachments when things broke. We were a close-knit unit in a remote location, and everyone was happy to help out to make life at our base more comfortable.

In my last posting, a good day was about 12 hours, but would be significantly longer during busy periods. In order to guarantee that I got to the gym, I was up at 0500 every morning during the week for the two years I was in that post. That was extremely difficult! I'm constantly humbled by the number of people I know serving who compete to a high level in their sport. Triathlon, for example, is extremely popular across the services, and the amount of training time required for that is staggering. It requires real personal sacrifice to maintain

I first picked up a barbell at university when I got free access to a gym. I had been a relatively overweight child—which was something I was determined to undo as I began university life. I played rugby for my local town the final two years in school, and a lot of my teammates lifted. That planted the seed of interest, then university simply provided the opportunity for it to grow. My "training age" has constantly been reset since then, mainly due to my career. Early in 2014, I made a conscious decision to devote myself to bodybuilding.

How does fitness differ among the military branches?

Each service—[the British] Army, Royal Navy, Royal Air Force, and the Royal Marines—has its own annual personal fitness assessment. This is the basic level of fitness you must maintain, and you retest twice a year. This is then built on depending on your trade or specialist role, and will include timed marches with increasing weight as you progress through each year.

In addition, prior to an operational deployment, there are a number of theatre/mission-specific fitness tests designed to condition you to the rigors of a specific environment. Everything that we do—either in training or on operations—will involve getting yourself, your team, and your equipment to an objective in good order, usually under significant time pressure. By emphasising this core skill of endurance-based fitness, the army lives a policy: Train hard, fight easy.

That said, weight training is strongly encouraged and almost every military establishment will have a good gym; several are accredited CrossFit gyms. All styles of weight training are popular across the Forces. We hold interservice competitions in CrossFit and powerlifting. I hope that something like men's physique can catch on.

How important is it to you to perform well on a PFA test?

Only as important as my personal pride! The Personal Fitness Assessment (PFA) is done collectively at each unit, so you will be alongside soldiers, officers, and superiors. It is considered a badge of honor to get maximum points—the so-called "300 Club." Everyone around you will encourage you, and you encourage them. 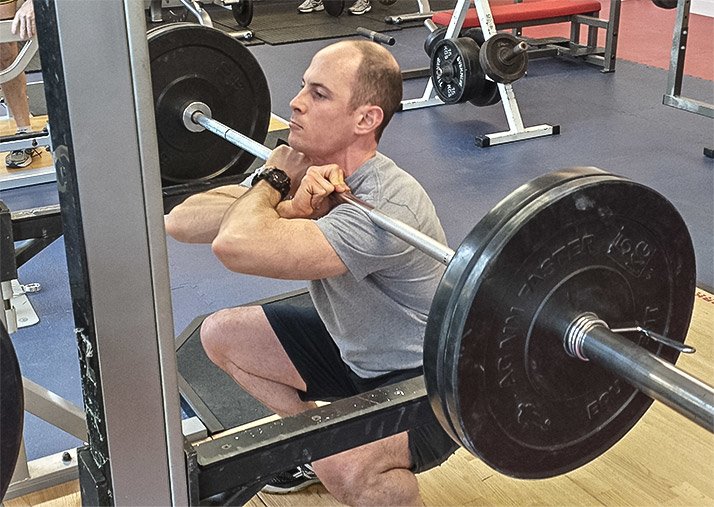 As an officer, it is important to set an example for your soldiers and the PFA is one such method.

There will be a lot of banter flying around on the day. PFAs show up the esprit de corps that we so carefully foster within army regiments. It is gratifying to see soldiers at the finish line with nothing left to give. As an officer, it is important to set an example for your soldiers and the PFA is one such method. I have always aimed to finish in the top ten percent, which keeps getting more difficult as I get older!

I'm ambitious! I'm six months into a complete transformation, and by the end of the next six months I have set my sights on competing in men's physique. It is a discipline that has grown at a staggering rate, perhaps due to its accessibility.

That's my short-term goal; I would also like to leverage bodybuilding into helping others who have decided to aim for something similar. I would love to help establish men's physique in the forces!

In the army, that is instilled into you from the day you join. Therefore it is the knowledge of how to correctly go about achieving your bodybuilding goals that is most important to somebody in the military.

When I set my sights on bodybuilding six months ago, I was staggered at how much I thought I knew about training and nutrition, but how little I actually knew.

Read and digest every shred of information you can from as diverse a range of sources as possible; apply things, record everything, and continue to learn. Use reputable resources and always check out Bodybuilding.com!