Protein: What Is It And How Much Can You Take?

Protein is essential for life. It provides the building blocks for tissue, hormones, enzymes and accounts for 15% of the body. Learn more from this very descriptive list of what it is, what it does, requirements, and more. Check it out!

In relation to bodybuilding, protein is viewed as a key nutrient in the development of strength and size. Anecdotally most bodybuilders would say that the more protein the better, on the other hand most sports dieticians take the opposite view in that protein is abundant in the average diet and if energy requirements are meet there's a good chance that protein requirements will also.

As well as being an energy-providing macronutrient, protein plays a variety of vital roles within the body. These are usually grouped according to their function within the body and include:

The amino acids are used to create enzymes which allow the various metabolic functions of the body to operate efficiently.

Many chemicals need to be transported throughout the body and transport proteins such as albumin, hemoglobin and myoglobin provide this role.

As well as these direct effects dietary protein can have several direct physiological ramifications which may be advantageous to a physique orientated athlete. These include:

Protein will have an effect on how full we feel after eating which may go some ways to decreasing overall calorie consumption.

To digest protein is metabolically expensive and diets higher in protein will lead to increased dietary induced thermogenosis.

By increasing protein intake you will increase protein turnover and as will be discussed later this is possibly a beneficial effect. 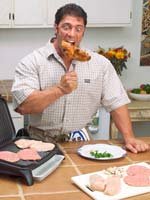 Click Image To Enlarge.
By Increasing Protein Intake
You Will Increase Protein Turnover.

Protein requirements has been endless debated and as yet there is still no definitive answer. The problem arises with the fact that protein metabolism is highly complex and is effected by a myriad of other physiological and nutritional factors. The initial factor is the protein itself.

Different proteins have differing levels of amino acids and as such stated earlier can be classed as complete if they contain all the essential amino acids or incomplete if the lack one or more amino acids at the required level. There are a variety of ways in which protein quality can be determined which include:

This indicates the amount of nitrogen retained in the body. It's tested by assessing the urinary and faecal nitrogen excretion of a nitrogen (protein) free diet and that of the test protein fed.

This represents the bodyweight gained on a test protein divided by the protein consumed. Usually the PER of a protein is compared to a test protein which is typically casein. If the PER has a lower score than casein it is deemed that a higher amount of protein is required to meet needs.

It's is not only the amount of energy but also the composition of the diet which can modify protein needs. For example adequate carbohydrates are needed to ensure that protein utilization does not occur during exercises. This is due to low glycogen stores activating catabolic enzymes such as BC oxacid dehydrogenase which allows protein to be used for energy and increases the protein need (Lemon and Mullin 1980).

The mode of exercise (intensity and duration) as well as factors such as age and gender play a role in the determinates of requirements (Williams and Devlin).

To determine how much protein an athlete needs there is usually an investigation using the technique of nitrogen balance, which is possible as protein is the only macronutrient to contain nitrogen. Nitrogen balance is measured by the amount of nitrogen ingested and measuring the amount excreted through a variety of ways including faeces, urine and sweat.

Considering this: most protein studies have looked at the amount necessary to ensure that an athlete is in nitrogen balance. As discussed there are a variety of factors which affect the requirements from energy balance, dietary composition and gender to age and environment.

For simplicity sake the papers relating to protein needs and exercise type will be reviewed but the trainee should consider aforementioned factors when determining their intake.

For an endurance athlete their is usually very little structural protein increases (myofibrilar protein) but there is dramatic increases in enzymatic/mitochondrial protein utilization.

Tarnopolsky et al (1988) showed that young trained endurance athletes required in the region of 1.37g/kg a day to maintain nitrogen balance and these findings were supported by other researchers (Meredith et al 1989, Friedman and Lemon 1989). However the volume of work performed is an important factor as very high levels of work may take this up to 1.5-1.8kg a day (Brouns et al 1989) 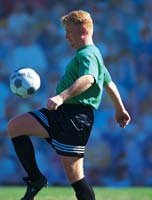 Click To Enlarge.
Endurance Athletes Have A Dramatic Increase
In Enzymatic/Mitochondrial Protein Utilization.

With strength athletes there is an opposite need for protein with minimal enzymatic needs but greater structural requirements. Again Tornopolsky et al (1988) showed that strength athletes needed more protein to maintain nitrogen balance than sedentary individuals, with requirements of around 1.2 to 1.7g/kg a day which was supported by others (lemon et al 1990). 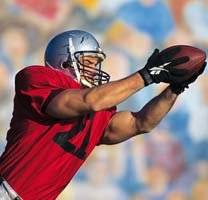 Considering these findings the requirements of an athlete could be met with 1.7g/kg each day or for a 70kg athlete around 120g a day, which is easy to consume from a normal diet.

Considering this, why is there so much anecdotal evidence that higher protein intakes result in improved strength and size gains? The problem is in the method of testing. Nitrogen balance just shows the levels required to avoid body protein breakdown - not how much protein is optimal for development. Strength athletes are looking for absolute gains in strength and size - not minimal health requirements.

For accretion of muscle mass and strength it would seem the double effect of exercise and high protein intake on protein synthesis would lead to the greatest return from the training. This was backed by the work of Dragan et al (1985) who found both increases in strength (5%) and muscle size (6%) when weightlifters increased their protein consumption from 2.2 to 3.5g/kg a day.

In support of this Consolazio et al (1975) witnessed greater nitrogen retention and greater gains in lean mass (3.3kg vs 1.2kg) when protein intake was 2.8g/kg a day instead of 1.4g/kg a day.