Frank McGrath: The Making Of An Animal

Legendary Animal athlete Frank McGrath opens up his life to the cameras as he prepares to return to the pro bodybuilding stage. Follow his every step in this incredible behind-the-scenes video series!

"Fitness motivation" comes cheap these days. Truly inspiring bodybuilders are harder to find. But for many of us, the search need go no further than Frank McGrath. He is bodybuilding motivation, period.

He's the guy on the poster busting out of an Animal Iconic tee. He's the veiny forearm you share on social with your friends who can appreciate it—and maybe a few who can't. Why? Because—as he himself has often said—he's not normal, and that's the point. 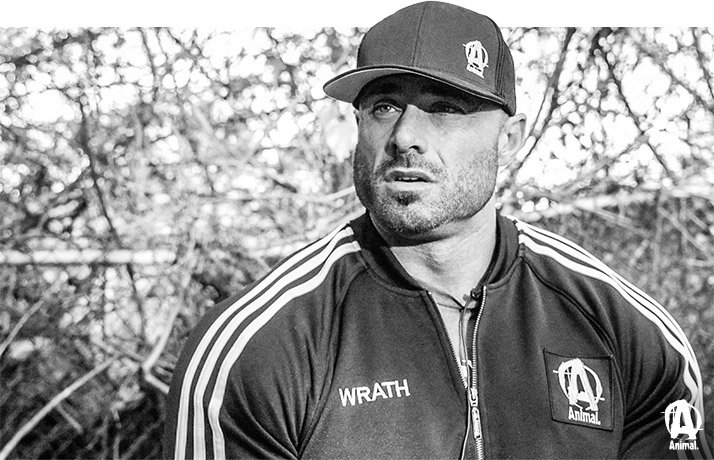 Truly inspiring bodybuilders are harder to find. But for many of us, the search need go no further than Frank McGrath. He is bodybuilding motivation, period.

Still, you could be forgiven for not knowing that this man, who once set foot on the Olympia stage, still competes as a bodybuilder. After all, Wrath is more legendary these days for his Animal videos and no-holds-barred Instagram feed than for competition.

Not only does he still compete, he still wants to win. And he wants to take all of us along for the ride in the video series "On the Stage."

Every Step to the Stage

A bodybuilding contest is unlike any other sporting event you'll ever experience. It's purely a display of the finished product, the end result. Hidden from view are the superhuman athletic endeavors—stretched across many months, often years—required to reach that ultimate moment.

Last year, McGrath kept the cameras rolling throughout his prep for the 2015 NPC Lou Ferrigno Legacy contest in Las Vegas, his first major show in nearly three years. He shared it all, letting us in on the highs and the lows, from the snacky-snacks to the dehydrated final hours, in his 10-week journey. 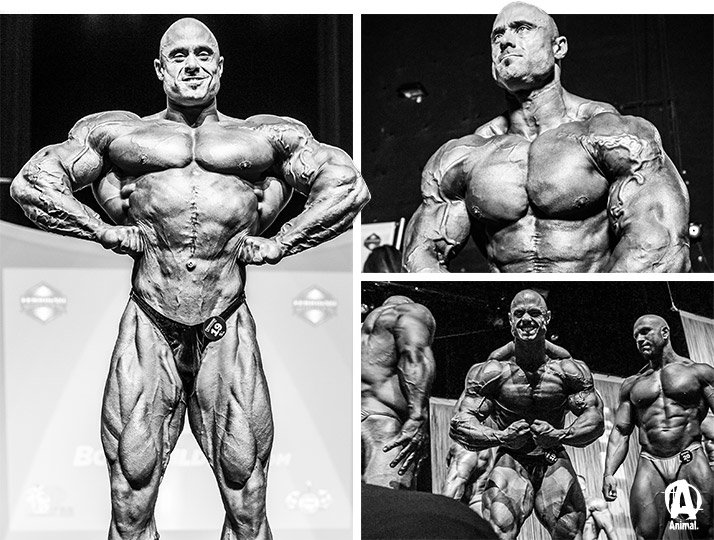 If you've ever wondered what it takes to compete, what it means to elevate your physique to its highest level, what you have to sacrifice to achieve, this immersive five-part series is your window to Wrath's world.

Of course, because this is Wrath, he wasn't just doing it for fun. He stepped onstage in honor of his recently deceased father, his most ardent and loyal fan, who was buried in an Animal T-shirt prior to filming.

If you've ever wondered what it takes to compete, what it means to elevate your physique to its highest level, what you have to sacrifice to achieve, this immersive five-part series is your window to Wrath's world.

Wrath put countless hours into this. Give it just one, and you'll have all the inspiration you need to keep living and lifting like an Animal.

The lifter who has inspired a legion of young bodybuilders explains why he's headed back to the competitive stage. And of course, he trains.

On The Stage with Frank McGrath Part I Never Surrender
Watch the video - 12:52

McGrath travels to Las Vegas to meet with fans at the Animal booth at the 2015 Olympia Expo. There, he runs into his longtime friends Greg "G Diesel" Santarsiero and powerlifter Sam Byrd. The three talk about their philosophies of training, competing, and achievement.

On The Stage with Frank McGrath Part II The Dream Never Dies
Watch the video - 10:58

Days out from the competition, at the pinnacle of depletion, McGrath has to dig deep to remember why he is pushing himself to the limit. Even when his body wants to give up, his motivation allows him to persevere.

On The Stage with Frank McGrath Part III Going Through Hell
Watch the video - 11:52

Two days from competition, McGrath meditates with an item that takes him back to his childhood: his father's jacket. What was once as big as a sleeping bag on him now feels tight, a reminder of the man whose large shoes McGrath still wants to fill. He's almost there.

On The Stage with Frank McGrath Part IV Almost There
Watch the video - 9:20

After months of grueling preparation, McGrath makes his long-anticipated return to the pro stage at the 2015 IFBB Ferrigno Legacy Pro Bodybuilding Show. Join him backstage as he carbs up, pumps up, and discusses what he hopes his legacy will be.

On The Stage with Frank McGrath Part V Conclusion The Show
Watch the video - 14:58