BodySpace helps people realize they are not alone in their struggles. Everette Henderson stumbled early through fitness. He needed help and BodySpace members supplied it.

There are more than 1 million members on BodySpace from all over the world, and each one of them has a unique story. Whether they just started out on the site or have been members since the beginning, they have goals to achieve and obstacles to overcome.

One such story of defiance and success belongs to Texas native Everette Henderson, a Juvenile Probation officer. Henderson played on an NAIA National Championship Basketball team; he is now also an actor and model. He says is obsessed with bodybuilding and fitness. One look at his photos and it shows he isn't lying. He started training 20 years ago and got his Pro Fitness Model card in 2008. Although he has accomplished a lot, he has even more planned for 2012.

Let the newest BodySpace Member of the Month tell you more himself in this interview with Bodybuilding.com!

Q: Tell us a little about yourself.

My name is Everette Henderson and I'm 44-years old and I live in Texas. This is the first time I've ever gone public with my age. I guess I know how important it is for guys my age to know that it can be done. I'm currently employed as a Juvenile Probation officer specializing in outdoor experiential learning. I supervise a Ropes Program targeted at aggressive, gang-involved, troubled teens. Somebody has to do it, right?

I'm from Wisconsin and moved to Texas on a basketball scholarship. I was fortunate enough to be a part of the NAIA National Championship basketball team at St Mary's University (San Antonio). I can't remember a time in my life when I wasn't fascinated with bodybuilding and fitness. It's truly my "healthy obsession." I started out a XXL model and actor. I really had to take a good look at myself on and off screen. I got tired of being featured as the extra-large talent on the set of shows and shoots. At one point, I was a huge 270 pounds of lovable linebacker. I'm tall, so I wore it well.

Q: What led you to joining BodySpace and when did you sign up?

It's funny because in true male, ADHD style, I've been visiting Bodybuilding.com since 2006. I can't think of a day that went by that I didn't check out what was going on the Forum or checking out the latest video clip featuring one of the stars in the industry. I spent the majority of my time on the "Transformation of the Month" section. I was motivated by "everyday" people reaching their fitness goals one after the other. I didn't actually create my BodySpace profile until 2008. I had been all over the website and didn't really pay attention to the profile section until I started competing. I finally signed up to share with everyone my accomplishments and post some cool pics on my profile. It's an awesome feeling knowing that my hard work is motivating others to want to do better and live healthier. 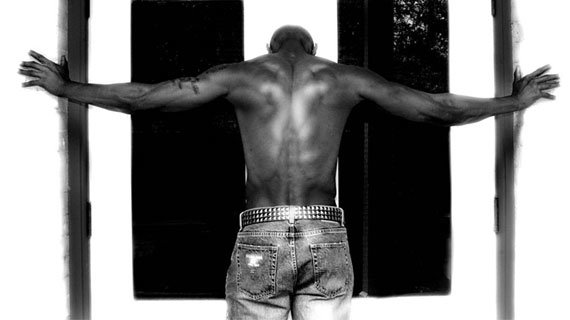 Everette waited to sign up for BodySpace, but we've got his back now.

Q: Have you done any contests?

I've competed in several competitions. I earned my pro card as a fitness model in 2008. I've been on stage at least twice per year since then. I get a real kick out of hanging backstage and meeting the other athletes. Most people think it's about the stage and winning the competitions. Don't get me wrong, I'm an athlete, I live to win. It's just a real blast hanging with the guys backstage, sharing war stories of our journey to the stage. I plan to compete at least 4 times in 2012.

Q: What is the most important thing you've learned since you started training?

I've been training since 1991. Just like everyone else, I had all the magazines and tried all the crazy workouts. The most important and most valuable thing I've learned over the years is what "MY" body responds to in the gym. I'm a tall guy. I don't fit in any of the equipment in most gyms. I have to get really creative when I do my workouts, so I'm sure to feel the muscle group I'm actually targeting for that movement.

The second most important thing I learned was that you can't out-train a bad diet. Exercise and nutrition go hand-in-hand. You're either attempting to put on size or attempting to get ripped up; you can't do both at the same time. It's almost impossible.

Third, I have to have cheat meals. My body doesn't respond well when I don't get my WEEKLY cheat meal in. I'm not talking a burger or slice of pizza. I'm talking ALL OUT. I'm talking a full rack of ribs and cheese fries, and wash it down with cake and ice cream. I'm usually strong as an ox for the next three days after a good cheat meal. It gives me that psychological break I need.

Q: Did you make any mistakes when you first started working out? 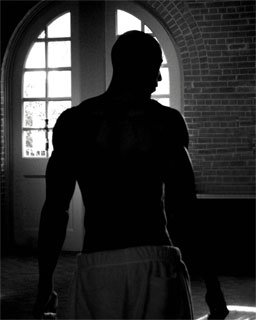 I made all the typical mistakes when I first started training. I lifted too heavy with horrible form and always ended up hurt or injured. Remember, I don't fit in most machines, so if I move a certain way that isn't safe, I get hurt easier than most. I usually hurt my shoulders and my lower back. Sometimes being the tall guy in the gym sucks.

I also thought I could outsmart my body in the beginning by taking all the supplements recommended without really having an understanding of what they were designed for or what they were really used for. Let me say it again, you can't out-train a bad diet. No one supplement is going to get you to your fitness goal.

Q: If I looked in your refrigerator, what would I find?

You'd find a ton of chicken breasts, ground turkey, grapefruit, frozen veggies and maybe some fruit juices (for my kids of course). I'm lucky. I'm a real basic eater. I can eat the same thing day-in and day-out and I'm always hungry for it. Wait a minute. I do eat the same things day-in and day-out! The running joke around my office is if I'm having chicken, rice and broccoli, or rice, broccoli and chicken, or ... you get the point. I'm an incredible cook, so my food always tastes awesome.

Q: What is the best fitness advice you could give to someone?

I would tell someone to first learn what type of body they want to achieve. Study the things that person did to get there and formulate a plan to get yourself there. I have a true belief that everyone can reach their own genetic potential, but you have to be willing to go through the pain and suffering it takes to get there. Once you get there, you will see life totally different.

Stay away from negative influences (sad to say, sometimes it will be the people you love the most). They have no idea what you're attempting to do or what you're going through. They will not always be there to support you when you're having a hard time. Peeking in on my friends here at Bodyspace always got me over that hump. Thanks for understanding, everyone. You have no idea what you've meant to me along my journey.

Q: What are your future fitness goals? 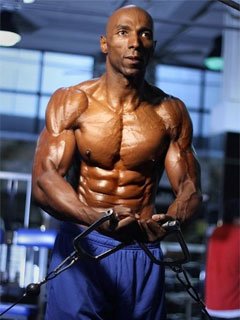 I plan to retire from my profession in a couple of years. I'm going to become a personal trainer and fitness coach and teach people how to attain their fitness goals. I absolutely hate some of today's trainers. Most of them are fresh out of high school, have no idea about life and how to support someone, let alone facilitate change. I see these new-school trainers leaving their clients looking tired and defeated. It's one thing to push someone past what they thought they were capable of, it's an entirely different ball game leaving someone looking like their spirit is broken and completely defeated. Allowing me to have this opportunity was one of my goals back in the day. You have no idea how much this means to me, being featured. Now, it's time to work on being featured in a magazine. Not the cover or a huge spread, just one of the guys pretending to lift something heavy will do.

Q: What are your favorite BodySpace features?

Blogging without question. I love to put ideas and thoughts out there just to see if someone else can relate and to see if I can help someone else that day. I need to blog more, but I don't want to put all my love out there yet.

Q: Is there anything you would like to say to all the BodySpace people out there?

Thank you! I say it with a tear in my eye and a cracked voice. You have no idea what you've gotten me through on this side of the fence. I wasn't always fit and I didn't always have my ideal body. The profiles and personalities out here really helped me understand that someone else was also experiencing some of the struggles and small victories I was experiencing.