The great positive changes in our lives seldom occur by accident. Such transitions tend to be accumulative movements from one state of being to another. Physical transformations take years to complete and, even then, our ideas of "complete" shift with our changing bodies.

Curtis Hoyt didn't accidentally get ripped. He took the time to morph his body into a shape he desired, and he used BodySpace as his main engine to get there.

He says that once he uploaded a progress photo and truly engaged in the BodySpace community, his entire life began to change.

He realized that his goals were achievable. Once his doubts disappeared, his transformation truly began.

Curtis first wrecked his knee as a child. He tore the growth plate in his left knee in first grade. Still, he grew up playing pee-wee baseball, basketball, track, and football. As he got older, he began to focus on the gridiron. He tore his left meniscus his sophomore year playing football in rural Nebraska and played through it.

During rehab in the spring as he feigned interest in track to get weight room access, he began to enjoy pushing and pulling iron stacks of weight. He was intrigued by his physical might and took a shot at martial arts. When his senior football season ended in disappointment, the core members who'd lifted so hard shifted their focus to powerlifting. Curtis drove an hour each night to reach his gym.

"We had invested so much time in the weight room!" Curtis said. "A guy there trained special Olympians for powerlifting and he trained me and a few of my friends for the state powerlifting tournaments." They all competed in the World Drug-Free Powerlifting Competition, held that year in Nebraska. 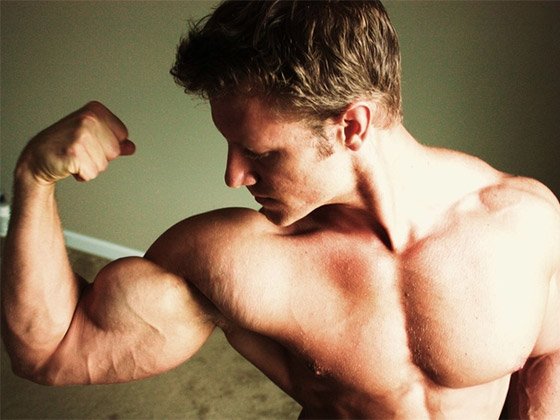 After someone added him as an "inspirational member," Curtis set his standards higher and worked harder.

Despite his success as a powerlifter, Curtis's childhood knee injury kept reappearing. He was tucked into the decline bench press and somehow blew out his left knee, completely this time. He tore the ACL and meniscus and underwent complete reconstruction. He got kind of lucky, actually, by having the head surgeon for the St. Louis Rams perform his surgery.

He can't do any vigorous cardio, but his knee has held up. "He left a lot of the pieces in there," Hoyt said. "I can't do a lot of things, can't do treadmills, can't extend my leg the whole way, can't squat as much."

Fast-forward to 2008, when Curtis was already a practicing chiropractor living the adult life, but he wanted to get back into shape. Since his last surgery, he'd been slacking. Back then, BodySpace was a fledgling social media site, and it prominently listed inspirational members who Curtis says looked "unreal."

"I didn't think the site was real," Hoyt says. "The top profiles were so amazing. I emailed some of the top profiles some questions. Chicken Tuna responded. I was so overwhelmed. I couldn't believe these were real people." 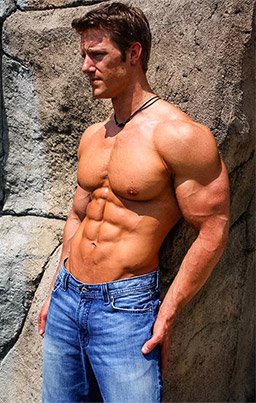 With the support he received from his BodySpace friends, Curtis Hoyt built his best body.

Curtis started meeting more people online and was amazed. He thought their results were unachievable for real people. He was nervous and shy. He omitted his face in his first profile picture. But he put more pictures up and one day a notification changed his perspective.

"Someone added me as an inspiration," Hoyt says. "That completely changed everything for me. I didn't think the people on here were even human, and then someone thought that about me. I felt obligated to set my standards higher, work harder, and, in my mind, deserve that person looking up to me."

He didn't have a clear path in his mind, but just started working on little things: slight diet changes, better training focus, and introducing supplements. He became consistent. "When you start putting it down and people give you some criticism and compliments, your standards and beliefs start to change along the way. I thought it was only possible if you were a full-time model or personal trainer, only able to work out all day and that was your job."

Curtis is now 34 and his physique has never looked better. He's friends with more than 7,000 members on BodySpace. "As I focused on it, and micromanaged it, paid attention o details, I started to see the changes," he says. "I made it my life. People on BodySpace saw my pictures and gave me feedback. You get pumped about it and work harder. Over time (years) you look back at that first picture ... I've gone farther than I ever thought I would be able to go."

The environment is different on BodySpace. Users feel compelled to share private goals, doubts, fears, and photos which show how their bodies really look behind the clothing curtain and aesthetic tricks. BodySpace asks its users to be honest with themselves and their new friends.

"I tell people they have to upload a progress photo," Curtis says. "If I had to put up a picture at the gym I was working out at or where my friends and family could see it, I would have had even more anxiety. But the people on BodySpace face the same things as you."

Hoyt worried whether his offline support group would think him silly or mock his goals, but he says "BodySpace was a different world. The people on there were a lot more supportive. That was one of the things that helped drive everything. I've never run across any hecklers or people with negative comments. They go out of their way to say nice things about you." 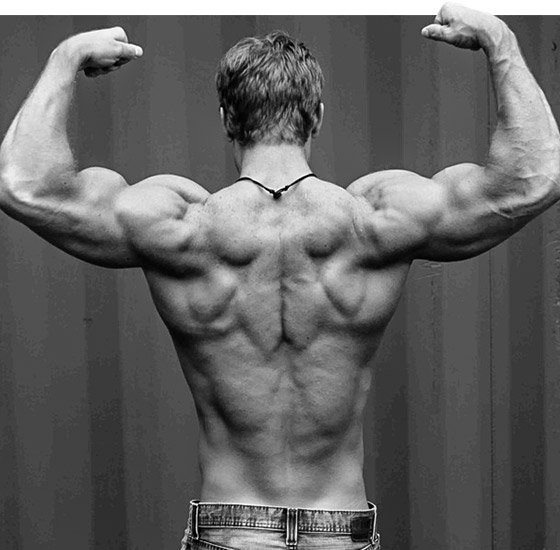 "When you put that first picture up you have a little fear because you're thinking as if you were putting it up around your normal life," he recalls. But this isn't normal. Bodybuilding.com's CEO Ryan DeLuca doesn't want it to be normal. The users on BodySpace are outstanding. They are looking for the same thing: for support. They give what they want themselves.

Curtis is still a little shy. That's why he prefers BodySpace even over the articles on the main site. He likes to read about new things, but sharing and discussion on BodySpace helps him open up. "I get a chance to interact with people," he says. "I know I can go there and see something someone else is posting—a Fitboard pin or a progress photo—and it's making them happy. You comment on it and it reminds you of the people who commented on your posts. You become something special to that person and those people check back in, remember you. You help people drive that interaction and you get a piece that is missing from a private gym."

Curtis' best results came after he joined BodySpace. He blamed genetics and injury for his shortcomings. He wanted to look a certain way and didn't think it was possible. He was wrong.

Curtis joined a social media site and his life changed. His results are not magical or faked. He put in the time and got the body he always wanted, and he did it all under the big umbrella of Bodybuilding.com. "Everybody shows up for something," Hoyt says. "They read the articles to study, or look at supplements because they want something different. I still think BodySpace can get people where they are going faster, cheaper and more efficiently. They can beat the learning curve by utilizing this asset ."

Hoyt suggests that you use BodySpace to get supplement advice as well. You can probably find someone with similar goals, or someone who has taken a product you want to try. Ask them. Don't just take a chance. Use the tools provided and the people involved.

"BodySpace helped with all of it," he says. "It shared the experiences of other people who struggled. You can save yourself a lot of time and money and enjoy the process with BodySpace. You'll be more impressed with your progress and more likely to stick to things when you are happy with it and making the progress you want." 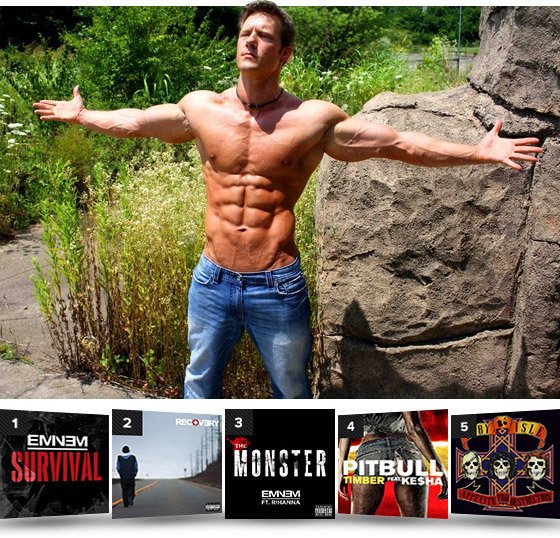