Some people were just born to build muscle. At Bodybuilding.com, Josh has taken his genetic strength to a whole new level.

Look at him now and it's a hard sell to believe that Joshua Dakin was bullied as a kid. Just imagine the pills of those bullies if they tried that trash today! Now that he's a strapping hulk, crushing massive weight in powerlifting's core lifts, no one gives him anything but compliments.

But back in middle school Josh was overweight, and bullied for it. He avoided sports and didn't start a regular exercise routine until he was in high school. The gym gave him an escape from the trash talk, but he also found that in the weight room, he could achieve impressive feats and take control of his body for the first time.

"I had to find out how to train properly through trial and error," Dakin says. "As high school progressed, it became clear I was abnormally strong—especially with deadlift and squat—compared to the other athletes and football players. I leaned down as time went by and became more interested in fitness because I liked that I wasn't looking chubby anymore. I looked better, and as a result, I felt better."

With his new physique and strength, Josh enlisted in the Marine Corps. Everything was progressing well until boot camp, when he fell ill with a severe case of pneumonia. That's not the sort of environment where quitting is acceptable, so he refused to stop training. "I completed a 3-mile run with a 109-degree temperature, before finally collapsing, not responding to anyone," Josh says. "That's the last I remember before waking up in a hospital."

The heatstroke caused by the fever damaged his internal organs. "They pretty much all were literally boiled internally," He says. The incident and the damage to his vital organs led to a month in the hospital, another two months in rehab, and, unfortunately a medical discharge from the corps. 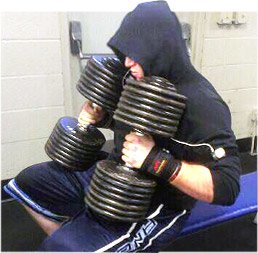 "When I came home after being discharged I was incredibly weak," Josh says. "I dropped more than 30 pounds in the month after the heatstroke occurred and could barely stand for more than 30 minutes at a time before feeling like my legs were going to give out. This was the most depressing time in my life. I had to rebuild my body from scratch."

He did just that, and three years later, Josh tested his hard work when he competed in his first powerlifting competition in Idaho. He didn't know what to expect, but he ended up taking first place overall. That victory, and his new passion for powerlifting, set him on a course to join Bodybuilding.com and further advance his career in and out of the weight room.

What is your position at Bodybuilding.com? How long have you worked here?

I am currently a customer service representative in the call center. I have been here just over a year, and honestly I love every minute of it. We take care of our customers.

What was your fitness level before working at Bodybuilding.com? What is your competition history like?

I was pretty active. I was lifting daily and sticking to my training routines. I will admit that my nutrition wasn't that great though. I will say that I've significantly improved since I've been working here. 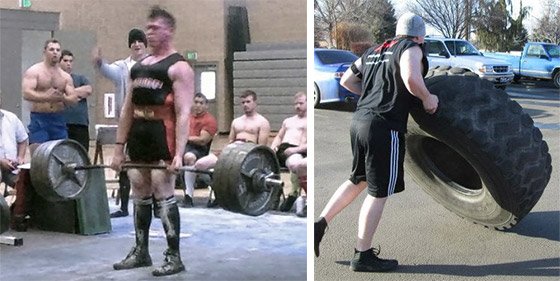 "To date, I have competed in four different powerlifting events. I also utilize some strongman exercises for conditioning, and I have my eyes on doing a bodybuilding show within the next year."

To date, I have competed in four different powerlifting events. I also utilize some strongman exercises for conditioning, and I have my eyes on doing a bodybuilding show within the next year. I don't really like to flaunt my strength. I try to not look like I'm searching for attention when I train.

What is it like working at Bodybuilding.com? How does it create a helpful fitness environment?

Honestly, it's awesome! I love coming to work—even on my days off, just to train. The environment here is unlike any job I've had. Everyone is extremely supportive of their peers—especially the people competing or who have physical goals. We keep each other motivated and offer a hand to help one another out when possible.

What do you think of the new gym in the corporate office? Is it missing anything you need? 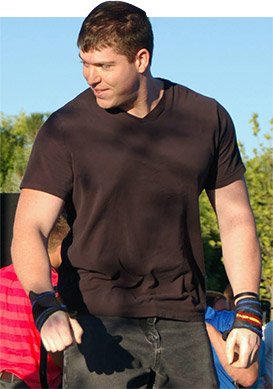 The gym is pretty sweet. I think we need more cowbell, j/k. But we could maybe use a prowler sled that we could push in the parking lot and a tire to flip when the weather warms up. Those are great conditioning tools; I found that they actually make conditioning fun, opposed to being on a stair-stepper for 30 minutes.

How does the Bodybuilding.com environment influence your health, fitness and appearance goals?

Our environment provides the support we need when we begin to feel overwhelmed. It's honestly very cool that we have a job that supports its employees in this field.

Do you get asked for advice in the gym often?

I get asked about how to squat or deadlift properly almost daily actually! I don't mind coaching anyone seeking help on their form. I actually take it as a compliment that they trust my opinion.

You're still pretty young Josh, and are years from your prime. Do you think you're on pace to maybe go pro some day?

In powerlifting, I honestly think I may have what it takes. I have some goals I've set this year and they appear to be on the horizon of being met very soon. If I meet them I may be able to compete on the pro level. If this happened, it would only be more motivation to train harder and continue to improve. 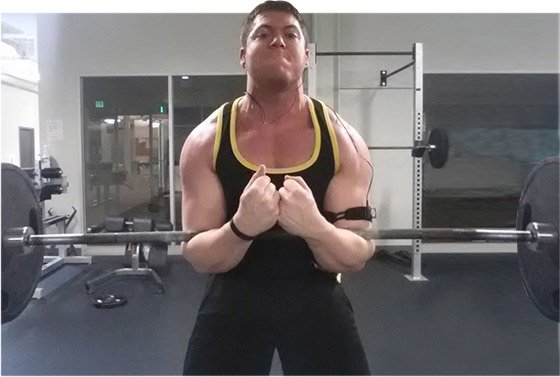 "I have some goals I've set this year and they appear to be on the horizon of being met very soon."

Can you point out a moment in the gym when a co-worker asked you for advice?

What is your strategy when you are contacted by a customer? Honestly, paying full attention to the customer, just showing them we are here to help them to the best of our ability. Not a lot of companies allow their employees to do this and tend to be completely policy-driven. We legitimately care about our customers and will take care of them.

What is more important to you: looking good or being strong?

I like to try to balance it out. I'm not as ripped as some of the guys here, but I'm working on it. Being strong is a priority to me because it's what I do, but I won't use strength training as a reason to diet poorly and neglect basic conditioning. I want to try bodybuilding out because I believe these two goals can be balanced and will benefit each other if you know what you're doing. 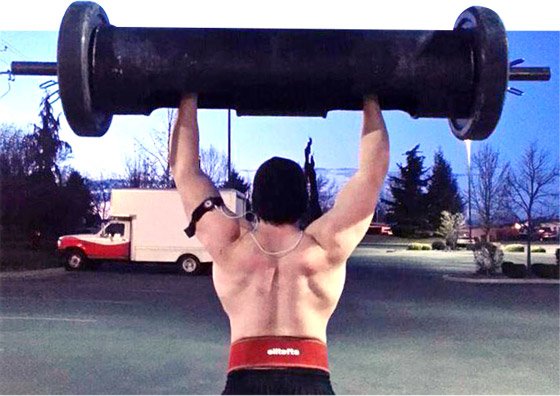 "Being strong is a priority to me because it's what I do, but I won't use strength training as a reason to diet poorly and neglect basic conditioning."

Have you participated in the employee transformation challenge? How did that experience affect your life?

I am actually currently participating in it at the moment. I get compliments daily that I am looking way more lean and defined than prior. It honestly keeps me going, knowing I'm making progress. I've never made so much progress before, and it's because of this support. It's awesome.

Bodybuilding.com Team Members put words into action and show they are truly living a fitter, healthier lifestyle through information and motivation.