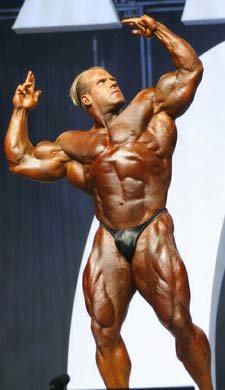 Jay has always been used to hard work, having started out in the concrete construction business when he was 11. He has carried on this work ethic, and it's part of the reason that he finds himself finishing at the top in many IFBB pro contests.

His rigorous workouts, often lasting four hours per day during contest season, leave him in a top-notch condition that is arguably among the best on the pro circuit. And with seven pro victories from 2000 to 2003, his record speaks for itself.

A man who likes to live life to the fullest and enjoy the finer things as they come, Jay will definitely be a top competitor in the upcoming 2004 season. And with the help of MuscleTech supplements, added to this extraordinary bodybuilder's program, who knows how many contests Jay will win in the future?