He gets up at 3:30 a.m., 365 days a year, and immediately opens his Bible. This is a life that allowed Bruce Coleman to bury his demons and get huge!

I had a false start in 2003 when the Body-For-Life contests were just getting started. I call it a false start because I never completed the 12-week contest. I would go on to spend the next five years being totally inconsistent with working out. Meanwhile, my weight gain continued to creep up as I got more and more out of control. This all changed when I turned 44 in 2007. 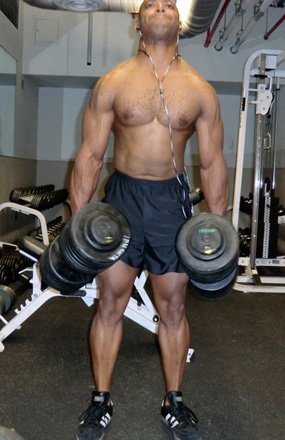 My 44th birthday card had a cartoon character of your Average Joe on the front. Joe had a 6-pack of beer strapped over his stomach. My friend had crossed out Joe's name and penciled in my name so the card read "Bruce's first attempt at 6-pack abs." At that moment, I realized that like that cartoon character I was going about what I wanted all wrong.

I wanted to be fit, healthy, and live well all my days. But I was a pack-a-day cigarette smoker for more than 20 years and I had an alcohol problem that was getting worse. I earned the nickname "Drunk Boy" along with the reputation for working hard and partying even harder.

I was still functional, but that was becoming increasingly more difficult as the years passed. Especially at the end, were I would frequently drink rum by the fifth at least every Friday, Saturday, and sometimes Wednesday night too. These all-night binges would leave me terribly hung over the next day.

I would often black out and not even remember what I did the night before. It was beginning to take a toll. I had tried many times, using many different ways, to quit smoking and drinking. I once quit for six months. On other attempts, I would only last a few days, others only a few hours.

For years, I struggled with these addictions. This birthday card marked the day it all changed for me, forever. Leading up to this lasting change, I realized there was a distinct pattern that kept repeating itself in my life. I would successfully quit for some period of time, I would feel proud and good about the achievement, and then I would relapse and feel nothing but shame and disgust. To get rid of those guilty feelings I would drink even more. I would go on until things got so bad again that I had to make a change. It would take a few years sometimes to reach this point. Sometimes it only took a few months. And then the whole cycle would start again.

I'm a USMC, an Airborne Ranger, and a Green Beret. Weakness just doesn't fit my personality. Yet, it was only by accepting my inability to change my lifetime dependency on nicotine and alcohol that actually lead to my freedom. All it took was one prayer. I just acknowledged to God and myself that these habits were too big for me; that if I was going to be free, God would have to do it for me.

I asked God to free me. I believed that He would, and He did. And what God did for me, He can do for you also. It doesn't matter how big your tormenter is, nothing is too big for God. Absolutely nothing is bigger than the Almighty God! And just like it says in John 8:36: "So if the Son makes you free, you will be free indeed." 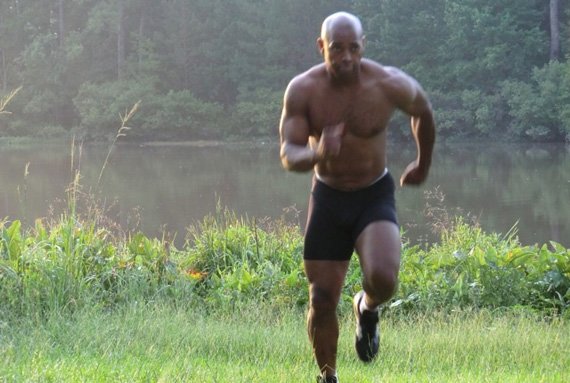 Bruce traded partying for fitness and the Word of God. 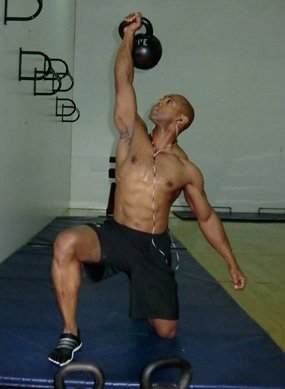 It's not age that makes most of us old. It's old habits coming home to roost. It's the harvest of the bad habits we've been sowing from our youth that makes us old before our time.

The age of 40 isn't over the hill. It's merely the first harvest of the lifestyle you've been living. The Bible says: "Do not be deceived: God cannot be mocked. A man reaps what he sows." -- Galatians 6:7.

The good news is that you can move back to the vim and vigor of your younger years if you are willing to change your habits.

The first thing I determined was to stop sowing bad habits, and start sowing good ones. That is the single purpose of what I've come to call my morning ritual.

I start early. Currently, I'm up at 3:30 a.m. every morning. It wasn't quite that early when I first started, but my basic routine hasn't changed in more than four years. First thing I do is read the Bible. I use a daily Bible reading divided into 365 daily readings. This makes it easy.

Before I started my morning ritual I was just like most people who claim to believe the Bible, yet never read it. Not any more. I've read the Bible from cover to cover four times now, and I plan to continue this practice forever. It is just that beneficial.

After Bible reading, I spend a few moments in prayer. Like clockwork, its Bible reading, prayer, personal hygiene, and then exercise. The secret is to make it non-negotiable. I waste no time allowing myself to entertain any excuses such as I'm tired, I don't feel like it, I'm sore, 'blah, blah, blah.' I get up and get busy with my daily grind, period.