Getting skinny to meet girls didn't work like Colt thought it would. He needed muscle and he knew it. See how he built tree-trunk legs and ascended to the top of the podium!

I weighed 250 pounds with high body fat during my senior year of high school. After graduating and ending my two-year relationship, I decided to start my fitness journey. I was motivated to get in shape for spring break, which was six months away, so I could score some chicks. 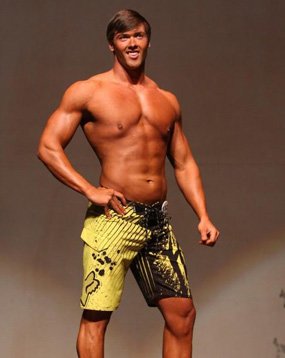 My idea of being in shape was to be skinny, which I accomplished, going from 250 to 189 pounds. I started without having much fitness knowledge because high school workouts and lunchroom food were a joke.

I researched a lot about nutrition, found a diet I could handle, joined a great gym in Rainbow City, Alabama, and started watching bodybuilders prepare for upcoming shows. It inspired me to abandon my skinny physique for lean muscle. After annoying people who I admired, I acquired lots of useful information.

Eventually, I started working with a trainer, Morris Pruett, who changed my life. I'm thankful he took me under his wing and believed in me.

I remember getting him and my role model, Stephan Hensley, to look at me and see if I had the body structure to be a bodybuilder. Both said it was possible, but neither had high confidence in me. They did think I could handle the diet for 12 weeks, though.

Exactly 12 weeks later, I competed in my first show at 20 years old and won the novice division in an NPC competition. After training hard for a year, I competed again and finished second at two shows in the junior class. I won Mr. Gadsden, my hometown title, which I'm very proud of. I love this sport and I'm totally addicted. The sweat and mental focus is something I look forward to every day. 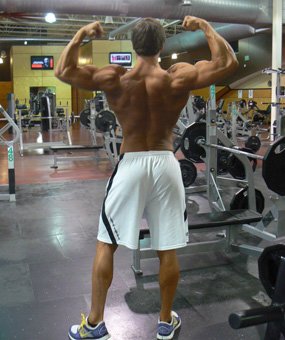 My dad always said to me: "If it was easy, everybody would do it." The quote is true and I live by it every day. I didn't tell people I was dieting, but everybody noticed the change and embraced fitness too. My parents began exercising and eating clean. People started asking me how I lost weight and gained muscle. I wasn't the fat kid or the skinny guy trying to hang with the big dogs anymore.

My life is extremely different now. I attend Auburn University and became a trainer at Max Fitness. Who would've thought that a small-town fat boy would be reaching out to people and helping them with their fitness goals?

I accomplished this goal by staying focused 100 percent of the time. It took lots of sweat and hard training. You would've thought the gym was my girlfriend. I live life with sore muscles. I constantly asked myself if it's really worth it. Any compliments I receive don't stick. I didn't get my motivation through other's positive reinforcement.

The inspiration that fired me up most was the thought of somebody calling me fat. When I got called fat, it lit a fire in me to train even harder. I look back now at my high school classmates and see how much has changed in four years. Most of the skinny kids who called me fat are overweight now. I want to rub it in their face, but I remember how hard it was.

The biggest obstacle was the diet. Who doesn't want to get a big cheese pizza and buffalo wings? Eating the same food every day was a huge challenge. Preparing meals and finding the willpower to wake up early is very tough. I used to have a picture of my prior self on my cell phone and looked at it whenever I got a sweet tooth or wanted to cheat. That picture made me so mad.

I remember getting fast food on the way home and throwing it out the window. I wanted to get lean without cheating myself or my goals. It was hard giving up my personal and social life. You really find out who your friends are while you diet. I'm glad I stayed motivated because it's the best thing I ever accomplished. 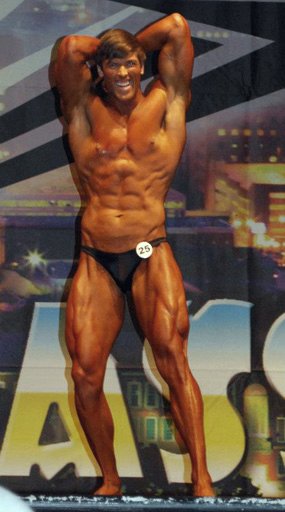 I have many plans for the future. First, I came up short twice in my 2012 bodybuilding season, so I want to win a junior class. Next, I plan to win a collegiate title in 2013. Winning Mr. Alabama is a huge goal of mine.

Lastly, I want to get my IFBB pro card. I know I set the bar high, but I have faith in myself.

If you've ever transformed your body, I want to congratulate you. It takes time and work every day. If somebody feels like they can't do it, then look at me. I was a fat kid and a skinny kid at the same time.

Anything is possible if you believe in yourself. Wake up every day knowing you're going to get better. It's the best choice I made and I hope you make the same choice.

Bodybuilding.com was a great stepping stone in my life. I read numerous articles about training and diets on Bodybuilding.com. BodySpace helps me keep up with my stats and I plan to keep using it in the future.