Body Transformation: Everything To Gain

Injuries devastated Billy's soccer career in the U.S. He returned to Ireland and lived in depression for years until he found a renewed spark. See what made him return to glory!

When I look back on why I decided to transform, it's because I was a shadow of my former self with nothing to lose. This was the first time in my life I ever thought about training my body the way I did.

At 6 years old, my uncle Billy (my training inspiration) made me try gymnastics. He trained me until I was 16 and made me an Irish champion, British Schools Champion, and a Member of the Northern Ireland Boys International Team. After age 16, my interests in soccer spiked because I was good at it. At this point, I realized health and fitness was my career path and I set out to become a certified fitness professional.

After numerous courses in fitness instructing and group fitness, I qualified as a fitness professional at the age of 18. I was a professional soccer player at age 19 in Ireland and America, and gained several scholarship offers to perspective colleges, which would have made me the first member of my family to attend college. But nothing went as planned.

While playing a soccer game at home, I suffered my first major injury; a broken leg (tibia and fibula). With the sight of the U.S. in front of me, I was back on the field within eight months without the need of screws or pins to hold my leg together.

I made the move to the U.S. and earned a college scholarship when another injury hit me during a practice game. I tore my ACL and was inconsolable. Because of the injury, my scholarship was taken away and given to someone else, which meant my entitlement to live in the U.S. after four years was stricken and I had to return to Ireland. 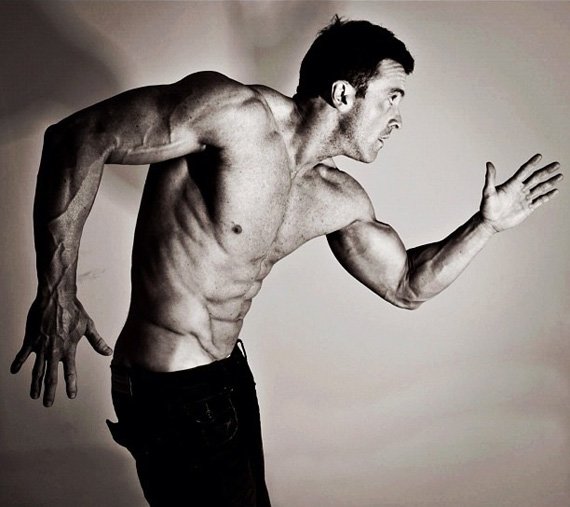 Fast forward to six months ago, I was still in Ireland and let myself go physically. I was a staggering 220 pounds with long hair, a scraggly beard, and worst of all, a gut at 30 years old. At this point, I was unemployed and looked to start my own company. Things were looking up as I gained my sports agents license, but due to the economic downturn my sports agency business collapsed very fast.

Once again, I was unemployed and out of luck. I only had my girlfriend, my family, and my past experience and knowledge that made me an international athlete and fitness consultant. That's all I needed. My girlfriend took pictures of me, showed them to me, and I decided enough was enough. At age 30, I realized the importance of being healthy. As a young gymnast, soccer player, and fitness professional, I took it for granted. These photographs were the drive I needed to get myself into the best shape of my life.

I applied my years of sports knowledge and fitness education to train myself. After training six times a week and sometimes twice a day for 12 weeks, I lost 30 pounds and look my best ever. My entire body changed and I'm more confident in myself. This is my most successful fitness achievement to date. My mom says success isn't judged by what you have; it's about what you've lost and still having the drive and ambition in what you love. That's success. 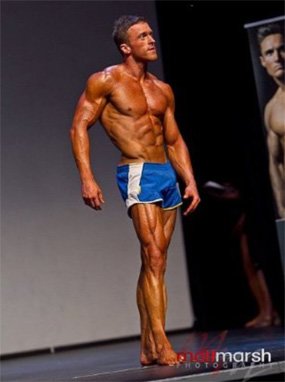 When I was unemployed and jobless, people who used to be there for me weren't. I cut those people out of my life. Not entirely, but enough so that they wouldn't interfere with where and what direction I was going in. You slowly find there are about 10 people who you spend time with and 5-6 that you spend the most time with. Lucky for me, they all provided incredible support for every gain I made.

My biggest inspiration is my mom. She can do just about anything. A day didn't pass where she wasn't right about everything. My girlfriend, Gemma, who supported my ambitions, never questioned why I was doing it or forced me to look for a job that I didn't want just to pay the bills. They are my inspiration.

It doesn't matter what anyone says or thinks. If my family's healthy, happy, and believes in me, that's all I can ask for. Inspiration comes in many forms. Whatever it takes to light that fire. In my case, it was my before picture. 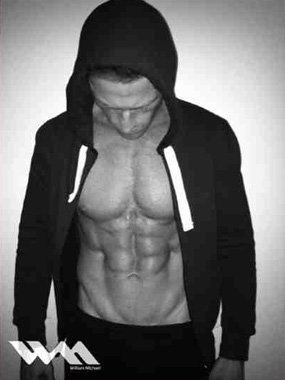 At the time, I was unemployed and had no disposable income. Everything I had went to bills, so every aspect was a challenge. Transforming isn't plain sailing and supplements aren't cheap when you're on a budget paying for two people. The rising cost of natural food forced me to make smart decisions. The most challenging part of my transformation was staying dedicated to my goals and paying for them.

My mom once said to me: "If opportunity doesn't knock, build a door." So instead of waiting for a knock, I knocked on supplementation companies doors. One after one, they turned me down. But one day I got an email from a supplement company in the UK couldn't believe it. This huge European company saw the progress pictures I sent them and loved my story, so they sponsored me.

When you're sponsored, you get cheaper supplements. I leaped on the opportunity and took it as the spark I was waiting for. When you're unemployed with very little cash flow and someone offers you breathing space, you take it.

I want to move to India with Physique Elite and Kris Gethin to promote a healthier way of life over there. It's a huge move, but it's something we're very excited about, I also plan to attend Body Power UK next year.

Body Power UK is one of Europe's biggest fitness expos (if not the biggest) that runs every year in Birmingham's NEC indoor arena. It gets bigger every year and attracts more than 35,000 dedicated fitness freaks. It's an honor to be featured at it for my second year. 2013 is setting up to be an amazing year.

If you're not 100 percent ready for it, it won't happen. Not everyone can do it. It's only going to happen when you need it to. There's a huge difference between wanting and needing something; when you need to change the way you live for health, looks, or because the doc says you need to or you're going to die.

There's only one site providing a complete guide from A to Z with recognized trainers, nutritionists, and gurus. That's Bodybuilding.com. I don't see why anyone would go anywhere else for fitness tool or guidance. You can find programs for everyone with every body type with a few clicks. It gives you printable forms and everything. How much easier does it get?