The scale scares Chett to death. He's seen it climb to 400 and vows to never see it again. It took him 18 months to lose 200 pounds and 10 years to reverse the damage with muscle.

I've been overweight for as long as I can remember. I was the fat kid in school, which transitioned to being the fattest adult everywhere I went. It's not unusual to be overweight in my family. Everyone is morbidly obese, so I resigned to being fat for most of my life. Growing up, I was always on some sort of diet. When I reached 400 pounds, I gave up. I contacted a doctor about getting a gastric bypass, and then something happened that changed my way of thinking and saved my life.

When I was 26, I had two young sons and a beautiful wife. My wife and I were both overweight, but I was by far the largest and had the most health problems. Doctors told me for years that I needed to lose weight or my health would be in jeopardy. This went in one ear and out the other, until an instance changed who I was entirely. 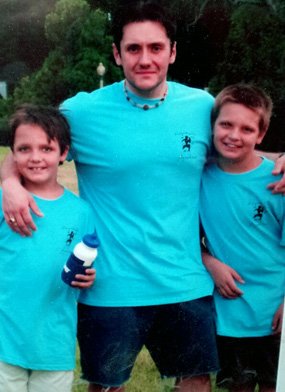 My oldest son was in second grade and asked me to come eat lunch with him at school. I was glad to go and when I showed up he was really excited. We ate lunch and had a great time. When he came home it was obvious he had been crying. He didn't want to tell me what was wrong, but I finally got him to tell me that the kids in his class made fun of him because I was fat. I was heartbroken. I literally sat down for two days and cried over it. I remember being teased about my weight and how horrible it was. Now, because of my shortcomings, my children were suffering the same ridicule. I couldn't take it. At that moment, I decided to do something about it.

Becoming healthy changed our entire household. It took 18 months for me to lose 200 pounds. At that point, I was able to do things with my kids that I was never able to do before, like going to theme parks and getting on rollercoasters— simple things which most people take for granted. It was nice being able to tie my shoes without being out of breath. My wife and I took up skydiving, and now we're licensed divers who jump nearly every weekend. My wife also caught the fitness bug and lost 95 pounds. We're not the fat couple anymore; we're an awesome skydiving couple looking for adventure.

Even after achieving so much, I was still very depressed with how I looked. In my clothes I looked fairly normal, but the extreme weight loss left me with tons of extra skin. I looked like I was wearing a Halloween costume to scare little kids. I consulted a physician and found that I needed a body lift to correct the damage.

After further investigation, I found surgery like that was incredibly expensive. I'm not impoverished, but there was no way I could afford it. This drove me into a deeper depression than being obese ever did. I asked my doctor if there was anything I could do to correct the problem. He said I could try lifting weights to fill my frame with muscle.

I attacked the weight loss portion of my journey at the gym. I was not prepared for the effort it required. It only took 18 months to lose 200 pounds and I have been trying to fill my frame with muscle for 10 years now. I will have problem areas until I can afford corrective surgery, but I work my hardest every day to reach my goals.

Life is a lot better now. In addition to the two boys I mentioned earlier, I now have a two-year old girl. My life mission is to never subject her to the ridicule that I subjected my boys to. The boys are now in high school; one is a junior and the other is a freshman. My wife is a teacher at the school they attend, so I go there often.

The only difference is now when I visit no one ever messes with the boys about how fat I am. Now the kids say: "Dude, your dad is a beast." I love not being an embarrassment to my family anymore. Honestly, bodybuilding has saved my life. 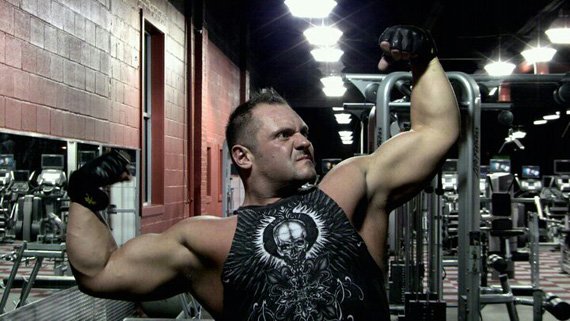 When I first started my quest, I knew very little about how to lose weight or how to eat properly. I had just graduated college, so I had time to research. I went head first into learning all I could about proper nutrition and exercise. In my opinion, the single most important step I took to this day was keeping a food diary.

During the initial weight loss period, I ate a 1500-calorie diet and walked for cardio. After six months, I lost 80 pounds. This made it easier to run during the next 12 months when I lost another 120 pounds.

I was leaving out one critical part of the equation: resistance training. I was incredibly weak and became skinny-fat. To me, this was worse than being large. Before I started lifting weights I fell into depression and was taking medication to make it through the day. It was strange to hear constant congratulations from people and feel like a freak on the inside.

I can't tell you how many times I wanted to go back to eating what I wanted. My logic: If I'm going to be miserable anyway, I might as well enjoy my food. The only way I was able to keep moving forward was by knowing how my actions affected my family. I couldn't let my kids or my wife down again.

To me, it was important because I never had a father. I never wanted to feel in my heart that I was a disappointment to my family again. That was the one reason I refused to quit and still refuse to quit today.

The most challenging part for me is watching the scale go up during bulking phases. I'm terrified of being obese again and may limit my potential out of fear of being overweight. I have no problem sticking to a meal plan, but the scale scares me to death. 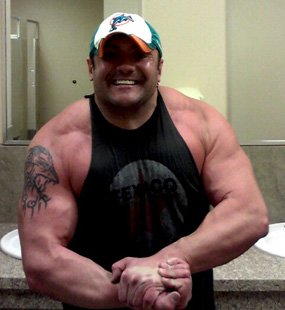 My future fitness plan is to be the absolute best version of myself. I got my personal trainer and nutritionist certification.

I train people and monitor their diets, but I only help people who are morbidly obese. I have a special place in my heart for people who want to be fit but can't seem to do it on their own.

Keep a food journal. You have to know where you are in order to get where you want to. There is no exception to this. It must be done.

Set realistic goals. Start with smaller goals that you can achieve relatively quickly and work toward long-term goals. These are the main tools I used in my transformation. I honestly think they will work for anyone.

Bodybuilding.com is an unbeatable, must-have resource in anyone's quest for fitness. Before I started training, I had no idea what someone's resting metabolic rate was, let alone how to calculate it. Bodybuilding.com provides calculators that can figure anything. More importantly, the wealth of knowledge in the articles and workout programs gets you on track.

The most powerful part for me is the encouragement and support from the people on BodySpace. I can't tell you how many times I had a rough day and didn't want to train and received encouraging words from my friends on BodySpace. It totally changes my outlook and I'm able to power through my workout or cardio.

I love Bodybuilding.com. I always keep up with my favorite IFBB pros. It's an unbelievable source of encouragement and information.