Amateur Bodybuilder Of The Week: Evan Discovered Phil Heath And Started To Lift!

Evan found inspiration online to become a bodybuilder. He idolizes Phil Heath and seeks to take the podium at the Olympia!

I started playing rugby for a New Zealand sports academy in 2010 at age 18. I was chubby with skinny limbs and stood at 6-foot-1. We would lift 3 days per week in the gym, but as a winger I was doing a lot of cardio. I branched into studying sports and recreation at the age of 19, doing casual gym workouts and not knowing what to do.

I learned about personal training, human anatomy, and gym work. I came across the Olympia contest and was amazed. I thought it would be amazing to be one of these top guys. Then I thought, "Why not me?"

I continued studying and did my first contest at the age of 20, in 2012. I won both novice men under 90 killograms and junior men classes. My second contest followed three weeks later; I placed second in junior men.

My third contest was NZIFBB Nationals. I did my own diet and training with help from a sponsor. I placed second in novice men over 90 killograms in October of 2013. 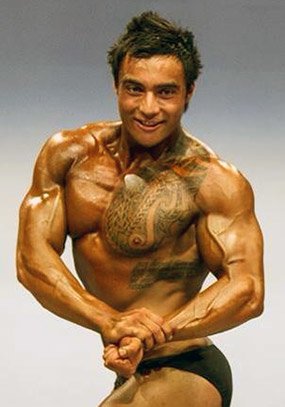 "I want to be one of the best in the world and I know I can get there."

I saw the pros on YouTube and decided I wanted to be one of the best in the world, and knew I could get there. From there I just applied myself every single day.

What drives you to get better? What aspects about the sport fascinate you?

Growing bigger, staying lean, and crushing everyone's dreams that stand in my way of a pro card and my path to the Olympia.

I would watch the competitions where Phil Heath turned pro and won the Olympia and imagined myself there. I rarely ever lose motivation.

Where will bodybuilding take you?

Turn pro and compete against the best in the world on the Olympia stage. Also hoping to get connected with sponsors and be on magazine covers and promotions at fitness expos. 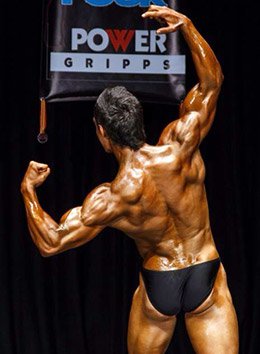 "Consistency. Your dream goal physique requires your full effort all day, every day."

Consistency. Your dream goal physique requires your full effort all day, every day. Yes there will be slip-ups, but keep pushing even when it's hard. It's about the grind, whether you feel like it or not. Make a commitment in a particular direction and move with fierce intensity every day, making every day a success in that direction.

Hold on to your dreams, because your dreams are always going to be the most important to you and only you. Work hard, even in the darkest times. That's going to get your hand raised on the podium one day, and it's how you manage tasks when the lights are out and nobody is looking.

Who is your favourite bodybuilder?

Phil Heath. He came up so fast. He knew what his weaknesses were and took time out to work on them and come back twice as strong to win the Olympia. That has been a huge influence on my decision to take two years off competing, to grow for my pro card. I love how intelligent he is and how competitive he is on stage.

I learned so many things reading the Forums on how to do particular things in the gym and for meals etc. which played a huge role in my winning contests by applying this knowledge.