My father sent me to judo classes at age 4 and I really liked it, so I kept with the sport until age 17. At age 12, I became a member of a local swimming team, and I started playing tennis at age 13. In August 1996, at age 17, I had my first contact with the iron.

I was always one of the smallest and skinniest guys in class and looked younger than I was, so my classmates started bullying me in high school. I never fought anyone, but I had to find a way to make my peers leave me alone, so I decided to change my physical appearance. In 1997, after one year of training, I left my other activities behind and decided to focus on the gym.

After one year of training, I wasn't sure what to do from there, so I kept focusing on building larger muscles so classmates would stop bullying me. I tried martial arts again, but it didn't work because it was too time-consuming.

In 2004, I moved to the Canary Islands in Spain and was fed the idea to compete by my friends. I competed a year later in 2005 in Madrid, Spain, fell in love with the sport, and still compete to this day. 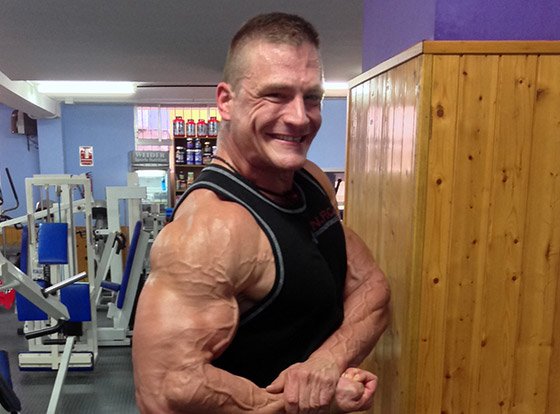 "I competed a in 2005 in Madrid, Spain, fell in love with the sport, and still compete to this day."

I always train heavy but never go overboard and do 45 minutes of cardio after every workout. Here's my last off-season plan. 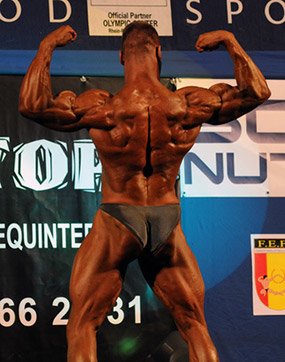 "Change won't happen as quickly as you wish, but with patience and hard work, you will eventually get there."

Bodybuilding is a constant battle with yourself to get better and smarter. It's easy to fall prey to stagnation, but you can't progress in this state. Change won't happen as quickly as you wish, but with patience and hard work, you will eventually get there.

I didn't admire anyone when I first started bodybuilding. I wanted to get big so people at school would stop bullying me. When I stepped on stage in Madrid in 2005, I wanted to keep going and get bigger. Speaking to pros at big events and competitions motivates me to keep pushing. They're awesome competitors and amazing people.

I never feel unmotivated, but there are days when I don't want to go to the gym because I feel tired and exhausted. Ironically, these are the days when I have my best workouts. 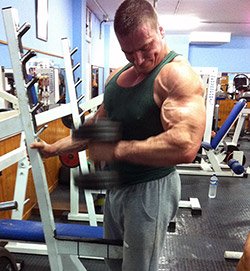 "Don't be ignorant. Be open-minded and willing to try new things."

I want to develop a bigger and better physique. I haven't competed for five years, but if everything goes according to plan, I will be back on stage in 2014.

Don't be ignorant. Be open-minded and willing to try new things.

Educate yourself and be willing to learn.

Kai Greene and Phil Heath are my favorites. Kai approaches the mental aspect of the sport gracefully and Phil proves that winning the Olympia requires more than genetics.

The huge exercise database, nutrition, and training help me find new ideas to use in my training and diet regimens.