Amateur Bodybuilder Of The Week: Stripped Down And Ripped Up!

A trainer told Amr the gym isn't for the weak during his first visit. Amr took him seriously and came back so often that he was given a key to the weight room!

Sports weren't in the cards for me growing up because my chubby physique deemed me useless in any activity that required so much as lifting a finger. Sports were my worst nightmare and I was always picked last for football practice. Having me on the team almost guaranteed an easy victory for the other team. 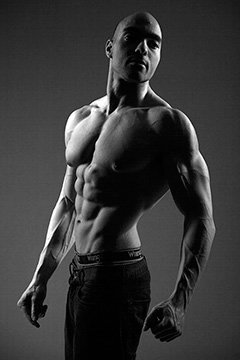 My weight problem grew into bigger, more serious issues as I grew older. I was overly insecure, shy, unsociable, and generally thought little of myself. I hit rock bottom and went on a severe diet where I only ate one protein meal per day and sipped on water when I felt thirsty. I didn't think about the possible health risks that I could run into and lost 90 pounds in four months at age 15.

Later that year, my cousin and I checked out some local gyms. It was the first time I ever set foot in one. I met some trainers and was escorted by one who showed me around and explained what every machine did. Before I left, he told me "the gym wasn't for the weak." I went home with lots on my mind and knew I had to get back in there to prove I wasn't weak.

I saved my allowance for a one-month membership and started going to the gym regularly. I wasn't eager the first few months, but the changes to my body had a great impact on my mind. Working out affected other areas of my life. I became more sociable, my confidence rose, and best of all, I did something I loved for the first time in my life; working out felt good. The only downside was that the gym was only open for a limited number of hours per day. I wasn't happy about it, so I had my own set of keys made, woke up at 6 a.m., went to the gym, locked the doors behind me, and worked out until I had nothing left.

Now, at age 24, I've been lifting for eight years and can say that bodybuilding helped me reinvent myself from the ground up. People tell me I'm obsessed with my looks, which is true, but that's not it. Changing the way you look is just the visible part of the iceberg. What happens beneath the surface is where major change takes place; mindset, goals, willpower, control, and self-discipline.

It feels good to be in charge of your life and have the guys who were popular in high school stare at you in utter disbelief and ask for advice. It's a joy that I can't explain. I get calls from friends every day who say that everyone at work thinks they're crazy for carrying around an extra bag of healthy food. They reply with "see that guy" and point to an image of me stored in their phone. They say I'm the reason for their "madness."

I noticed marginal gains after a few months at the gym, but I didn't know much about nutrition or training—I was my own guinea pig. I started educating myself on nutrition and training and applied the lessons to my routine. It wasn't rosy at first; it took time to develop a thorough understanding for what does and doesn't work. Seeing the hard work pay off fueled my fire.

My incentive is to be the best version of myself every day. Exercising helps me stay on track and reminds me what I'm capable of. During my early bodybuilding days, a friend, who was also passionate about the sport, decided to take the day off with me and go to another friend's place where they were binging on pizza. My friend sat across of me and I was shocked when I saw him reach for a Tupperware of tuna. It was a life-changing moment for me. After that, I did the same, and now some of my friends do it too. The tradition goes on.

My cousin and I used to work out at a gym two blocks from home. We worked out, went home with a decent pump, and started to critique each other on which body parts required more attention.

My overall goal is to educate people on training and nutrition and help them realize and achieve their goals. I want to compete on a national level and stand toe-to-toe with some of the world's best natural athletes and land on magazine covers. 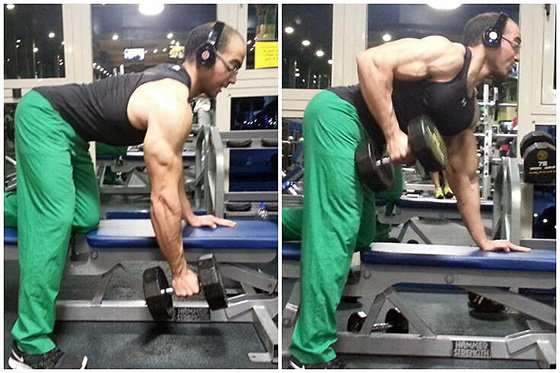 Kevin Levrone and Dorian Yates have great work ethics and awesome physiques with amazing personalities. They are an inspiration in the how they lived their lives.

I have a BodySpace account that I just started using. The articles on Bodybuilding.com have been helpful and to the point. When you scroll down to the bottom of the page you find links to the references used for that article. I like to check where the info came from and Bodybuilding.com does a great job at that.