David trains and eats like an animal. His body is proof that hardcore lifting on a regimented cycle builds championship-worthy muscle!

David Ziegler
amateur of the week

How Did Your Bodybuilding Journey Begin?

My father was big into fitness. He spent countless hours running, training, and playing sports. As I grew older, fitness was all I knew. My first experience was baseball, and I played for 11 years. I also played hockey, basketball, football, track, and rode motocross.

My sister drove me to high school and was involved in the production of the school yearbook. Five days per week after school I had to entertain myself until she was finished. During that time, I was in the gym playing basketball and listening to music. Then I entered the school weight room constantly, which was small (no more than 50 feet corner to corner), but effective. A security officer finally locked the gym during school to keep me from skipping class.

Going into my sophomore year of high school, my physique spoke for itself and nicknames like "muscles," "macho," and "tough guy" rolled in. The change wasn't all good. The people I associated with were lost and had no direction, which wore off on me. Eventually, the school staff decided I wasn't a good fit for their high school and sent me to an alternate high school in a strip mall. The good part was that I finished every day by 1 p.m., which allowed me to hit the gym and work a new job. 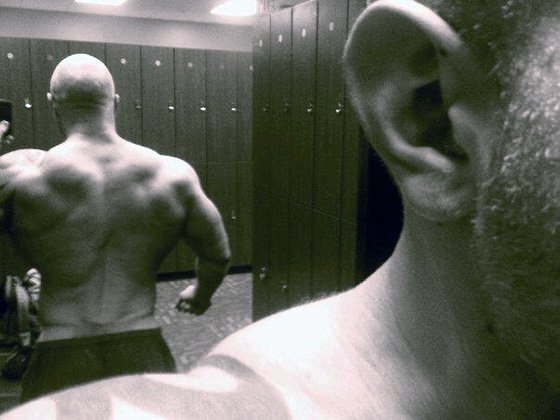 Weights became a huge part of my life again and the passion returned. I was 17 years old and started over away from distraction and bad influences. To symbolize the effort I put in, I went to a tattoo parlor and had my right arm inked as a visual reminder to never give up. I wanted to be the biggest, strongest guy alive.

Every possible moment went into eating, sleeping, training, learning, and trying. I forged on with everything I had and willed my muscles to grow. People at the gym provided huge words of encouragement and the idea of competing came up. I liked the concept and researched how to become a bodybuilder. I bought books by the dozens, subscribed to magazines, and watched countless YouTube videos all night. I was filled with life, energy, and had a destination. 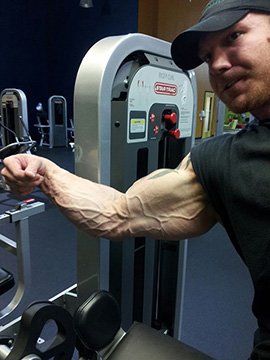 "I spent days upon days lifting just a barbell, but still grew."

At age 19, I moved into my first apartment, worked nights in bars and clubs, and trained twice per day at the apartment gym. I spent days upon days lifting just a barbell, but still grew. I imagined myself on stage and stayed patient. I knew I would get there.

In 2011, I competed in the NABBA Key-Stone Classic and the Mid-Atlantic Championships. I won the junior division easily and came in second and third in the men's open. At the end of 2011, I was ready for more serious competition and entered the 2011 NPC Garden State as a heavyweight at 200 pounds. The competition was much harder and I took ninth in the men's open and fourth in the novice division. I left without victory, but gained an understanding of what I needed to do. I took 2012 off to move to North Carolina and started on my goals.

After a year of huge improvements, I became a completely different bodybuilder. I gained major muscle and weighed 235 pounds. I took fifth place at the NPC NC State Championship and fourth at the NC NPC Charlotte Cup. Five weeks later, I won the men's open heavyweight class at the NC NPC Gold's Classic to qualify for nationals at 225 pounds. My next goal is the 2014 NPC USA's.

Bodybuilding is my life. I started going hard and turned into a bodybuilder at age 14. I can't imagine life another way and don't want to. This is who I am.

The drive to be the very best version of myself motivated me daily. I want to be remembered and appreciated.

I love motivational speeches on YouTube and in person. 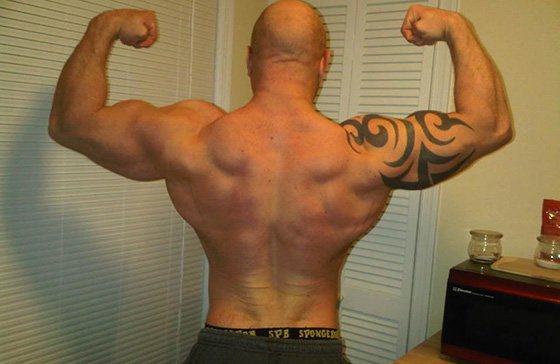 I'm competing at the NPC USA's in July 2014. I'm coming with an attitude and need my team behind me 100 percent.

This might sound cocky, but I'm my favorite bodybuilder.

Bodybuilding.com put me in touch with many important people. I talk with others, inspire, and get inspired. Bodybuilding.com is full of people who try, and that's what it's all about.