Amateur Bodybuilder Of The Week: Joram Is Motivated By Mass Muscle!

Joram suffers from severe asthma but won't let it define him. Instead, he lifts heavy to support his powerhouse physique. See how you can too!

I was born with and continue to suffer from severe asthma. What made it worse was that I was born and raised in Haiti, a country that severely lacks medical resources. The first time I used an inhaler was when I moved to the United States at age 10 in 1998.

I wasn't a cool kid because I was a skinny boy from Haiti who always carried an asthma inhaler. If I stood out, it was because I held leadership roles in the marching band. Like most ectomorphs, I have trouble keeping weight on my body.

In October 2010, I walked into a gym near my house and talked to the desk guy about joining. My birthday was approaching in December and I wanted to gift myself the body I always wanted. He handed me a pass and told me to try it out for a week. I came back the next day, played around on a bench press machine, and went home. I went back two days later, did the same thing, and didn't go back. 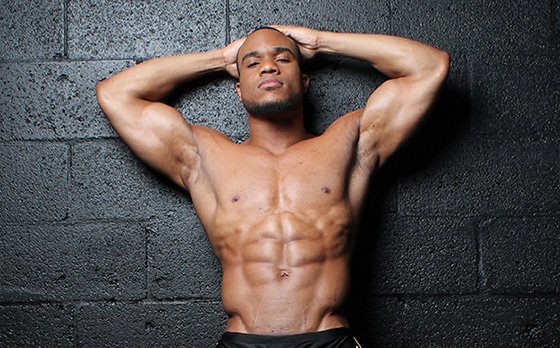 "I gained lots of mass when I added heavy compound lifts to my workouts."

In January 2011, I passed by the gym, went in without hesitation, and signed up for a membership. I went home, changed my clothes, and drove back to the gym for what became my first real workout. During the first six months, I had no idea what I was doing. I didn't see any progress until I started reading and watching videos about weightlifting and applied what I learned during training.

I started setting goals and kept working hard every day to reach them. My first goal was to get from 165 to 175 pounds. I worked for a long time and finally got there, but when I got there, I realized there was no big applause. Then I moved the goal post to 185 pounds, hit that mark, and moved it up again to 195 pounds, which is where I am now.

It wasn't easy, but it changed much more about me than my physical appearance. I'm very glad I decided to follow through with my weightlifting goals. This year, I look forward to competing in my first bodybuilding show. 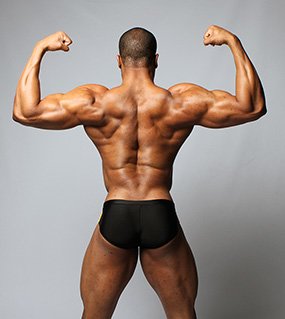 I became more passionate about bodybuilding when I noticed that I was getting better at weightlifting. Other parts of my life got better because I immersed myself in bodybuilding. Working out became the daily stress relief I needed to clear my mind from the troubles of the day and to prepare for tomorrow.

Elliott Hulse is a very motivational person in the sport. I'm glad to have had conversations with him. He helped guide me to start improving other parts of my life.

On days when I feel tired and don't feel like going to the gym, I looked at my vision board where I have goals and the body I want to achieve. Staying home doesn't help make my dreams a reality.

I plan to compete before the end of 2013. I never planned to before, but now I do. 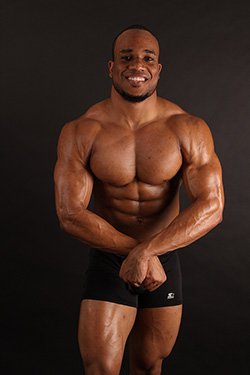 Try harder. I constantly hear people say it's too hard. When something seems hard, shut up and try harder.

Shawn Rhoden's physique is the perfect convergence of classical bodybuilding physiques from the days of Arnold and what the sport is now. Most bodybuilders have an inspirational life story, but I find his to be a bit more motivational. He works hard in a strategic manner and it shows.