Amateur Bodybuilder Of The Week: Jason Decided To Take The Dive

Jason wanted to resume his fit ways after college. The bodybuilding stage called, and he answered!

Football players are taught to pack on weight to carry them through the brutal seasons. Many of them, like Jason Tucker, shift gears after football season and take to the mat for wrestling—a sport which call for hyper-lean, well-conditioned athletes.

Jason had to adjust for wrestling, then later for the Navy, and eventually the bodybuilding stage. He made a terrific plan, worked with some IFBB pros, and got his body stage-ready.

I always played sports growing up, but it was football that really introduced me to the lifting lifestyle. The football team would have two-a-days all summer long to get ready for the season. I always loved the gains I'd accrue by the end of the season.

After football, I would go straight into wrestling season. Even though I had been lifting all year, I would be hurting when it came to conditioning in wrestling. Wrestling is grueling, physical, and draining. If your conditioning fails, you lose. That sport—more than any other in athletics—really showed me the discipline and sacrifices you must make in lifestyle and diets. You have to make weight!

After high school I joined the Navy and went through the Deep Sea Diver program. We consistently would have physical training, and it kept me in good shape. After the diver program, I went to Florida State University and became extremely relaxed with my conditioning and diet. 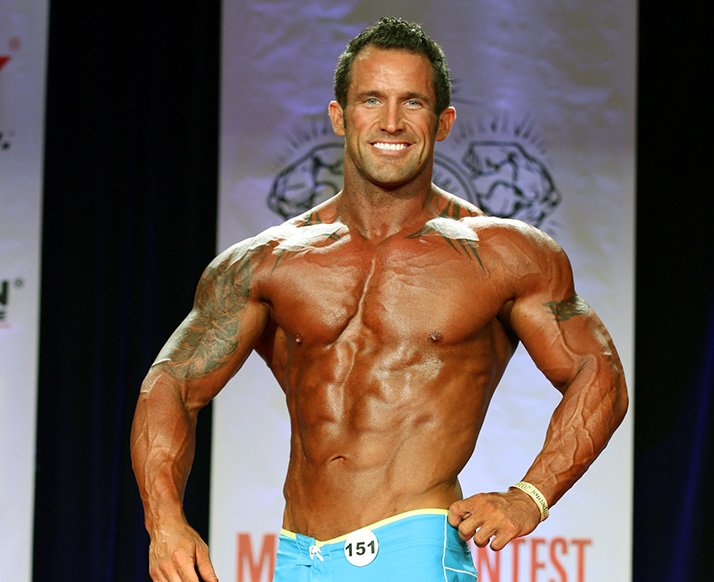 Once I graduated, I went into the Explosive Ordnance Disposal (EOD) field in the Navy, and that was when I realized just how much weight I'd put on in college. It was embarrassing to me, so I made a lifestyle change and decided to be a better role model. I made it a goal to compete on my 31st birthday. I hired a nutritionist and trainer and got to work. Having a set date definitely makes you hold yourself accountable.

There are a few things I love about the sport. The first is that it's all up to you. You can have the best trainer in the world or have the best diet laid out for you, but in the end, it's you who has to be accountable. You are the one who will have the spotlight on you when you hit that stage.

I love the fact that when you are in a contest prep, the results speak for themselves. For the last eight weeks of my prep the only thing people would talk to me about was nutrition because they could see the results and hard work paying off. 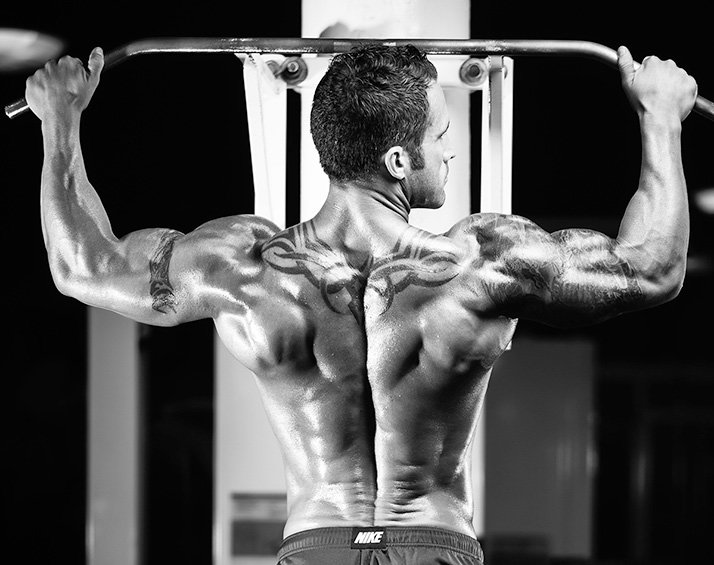 "You can have the best trainer in the world or have the best diet laid out for you, but in the end, it's you who has to be accountable."

I would say my job motivated me. I have my guys I serve with looking at me as a leader and my appearance reflects on me.

My fiancé was probably my biggest inspiration. Prepping is not an easy task and she helped me through it every day. By the end of every day I knew I had given 100 percent just because I didn't want to let her down.

I am starting prep again soon for an April show. After that I plan on going after a national show to earn that pro card.

Let go of your ego. All it is going to do is cause an injury.

I tend to lean more toward the pro men's physique guys like Sadik Hadzovic. This division aims for more of the old school bodybuilding physique. I just feel you have to be more disciplined to keep that crazy V-taper.

It really served as a baseline for all my questions as I entered the sport. There are always hundreds of good articles and advice from the members who have been competing for years.