Amateur Bodybuilder Of The Week: Greg Has Macho Muscle!

Greg has a chiseled physique with insane proportions and won't stop until he wins an IFBB pro card. See his secrets to single-digit body fat that makes muscle pop on stage!

My Journey began when I entered my freshman year of college. I was no longer involved in soccer or track and needed a new hobby. I met a fellow college student who competed and told me to look into it. It sounded like fun so I started doing research on Bodybuilding.com to learn how to diet and exercise for a show.

In October 2012, I entered my first men's physique competition, won my height class, and was hooked. The following April, I did another competition to show off the hard work I put into the gym, took second place, and was very proud of myself. I was on a high from the support I had throughout prep. In June 2013, I entered my first national-level show, the NPC Junior Nationals. Unfortunately, I didn't place in the top five, but the experience was amazing. 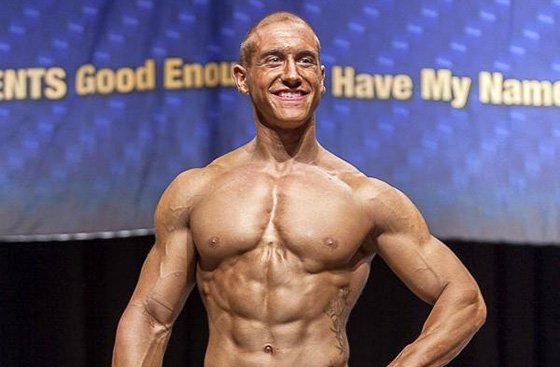 My passion emerged after my first contest. After that, I was hooked on the sport. It's all I think about. I want to live a healthy and active lifestyle for as long as possible and motivate others to do the same.

My family, girlfriend, and friends motivate me. Their support is awesome. My university also supports me, which is really cool. I'm lucky to have these people in my life.

When I need motivation, I look at transformations on Bodybuilding.com. It's crazy how much hard work people do to make themselves healthier. I also watch some of my favorite bodybuilding DVDs.

I plan to take some time off and compete in the NPC Junior Nationals again. I'm not going to stop until I get my IFBB pro card. It's my dream to compete on the pro stage. I would love to catch the eye of a major supplement/nutrition company and become sponsored. Fitness is my passion and I hope to make a career of it. 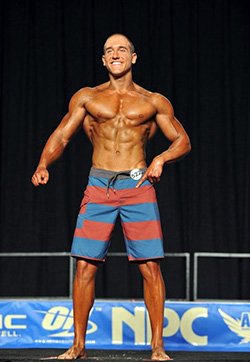 Never stop believing in yourself. If you need help, ask questions or do research. There are many people out there willing to help. Dreams do come true if you believe the sky is the limit.

My favorite professional bodybuilder is Jay Cutler. It's amazing what he did for the sport. I believe he's the best ambassador the sport has ever seen. I'm also a huge fan of Steve Cook and look up to his physique. He has an awesome personality and seems like a cool guy. Hopefully I can compete against him someday.

Bodybuilding.com has awesome articles on everything fitness related. I did lots of pre-contest research on there. I get my supplements from Bodybuilding.com because they have great prices. Recently, I started a BodySpace page and love it.