Amateur Bodybuilder Of The Week: Christopher Bet On Brawn!

Christopher's competitive bodybuilding career started with a bet and turned into a full-blown fixation. Get the training roadmap he used to build muscle with authority!

It started with a bet in the beginning of 2012 between my cousin, Adrian Kendrick, who is currently Mr. Gainesville, and I. The bet consisted of who could show up in the best shape on any given day, so we agreed to take it to the bodybuilding stage and my journey began.

In June 2012, at age 29, I competed in my first show at the Southern Isles Bodybuilding, Figure, Physique, and Wheelchair Championship in Savannah, Georgia. I was 5-foot-6, 176 pounds, and placed first in the men's overall middleweight category. My cousin placed fourth and I won the bet. I enjoyed competing and continued my journey. 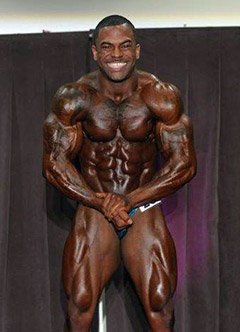 "I enjoy everything about bodybuilding; the challenges, discipline, hard work,
and dedication."

My latest show was the NPC USA Coastal where I placed second in the light heavyweight category at 183 pounds with 5.8 percent body fat. It was major accomplishment because my ultimate goal was to compete as a light heavyweight.

I enjoy everything about bodybuilding; the challenges, discipline, hard work, and dedication. The sport taught me to test physical and mental training, nutrition, supplements, recovery, and scientific theories pertaining to the body. My sights are set on training for a national bodybuilding pro card and I'm currently training for another NPC bodybuilding show. 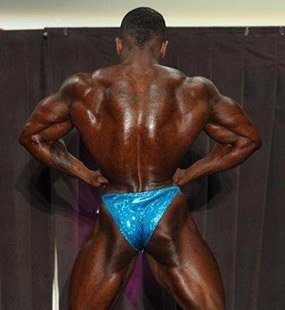 "Lifting is a great stress reliever, especially when life has thrown me curve balls."

Bodybuilding helps me overcome struggles with creativity and perseverance. Lifting is a great stress reliever, especially when life has thrown me curve balls. Every workout serves as an enhancement to my physique and allows me to exit the norm and experience that "freakish" look I yearn for.

My fiancé drives me to get better. She knows that obtaining my pro card is a major dream of mine. She understands the hard work and dedication that goes into the sport.

My kids are my primary motivation. I want them to know that despite my many failures, they can recognize what success truly looks like. There's no better example than their father. My natural God-given gifts also motivate me.

I go to God for everything. He remains the head of my life and my true inspiration. He gives me plenty of strength when I'm weak.

I want to win a pro card at the NPC National Bodybuilding Show in November 2014. I'll also be competing at the NPC USA Coastal in August 2014, which will serve as a warm-up for nationals. I'm currently training for both shows. I hope bodybuilding will take me to the professional level. Another goal of mine is to co-own a hardcore gym like the Powerhouse gym, but in mid-Georgia. 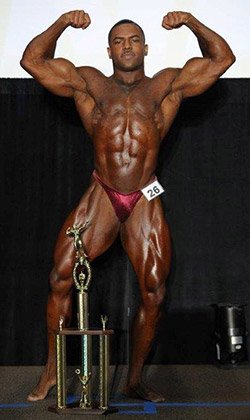 Never give up. It doesn't matter what others say. Work hard, train hard, and be the best you can be. Surround yourself with a great support system that consists of great listeners, advisors, friends, and most importantly, family.

Dexter Jackson is my favorite bodybuilder. I look up to him because of the symmetry, proportion, and extreme level of conditioning that he possesses. I enjoy reading and looking at his training styles on YouTube.

I often research, read forums, and place supplement orders on Bodybuilding.com. When I played high school football, I signed up for BodySpace and found it helpful to discover new training routines. I enjoy receiving discounts and deals on products to reach my goals.