A Difference You Can Feel: Gironda Dips And Triple Add Sets

You don't have to go hunting for new exercises every time you want to shock your body into growth. Just try these two twists on staple upper-body movements!

Muscle soreness gets a bad rap these days. Sure, plenty of gym-goers rock their post-leg-day limp like a badge of honor, but strength coaches and trainers are increasingly fond of pointing out that this pain is more or less misguided. It doesn't necessarily mean you're growing. The factors that lead to muscular hypertrophy can all happen without intense DOMs. Our focus should be on proper form. And the conversation continues.

Don't get me wrong, I'm no fan of pain for pain's sake, but I do think that if you haven't been good and sore in months or years, it's a sign that your body has gotten a little... comfortable. And I don't mean that in a good way.

When I start to feel like that, I reach into my bag of tricks and spend a little time with movements that are the same, but different, from what I've been doing. Here are two of my favorites.

Dips By the Iron Guru

Many readers are probably too young to remember Vince Gironda. He opened Vince's Gym in North Hollywood in 1948 and quickly developed such a devoted following that he was known as "The Iron Guru." He trained some of the biggest names in bodybuilding including Arnold, Lou Ferrigno, and Larry Scott. When movie stars like Clint Eastwood and Robert Blake needed to get into shape quickly, they went to Vince and didn't question his teachings. 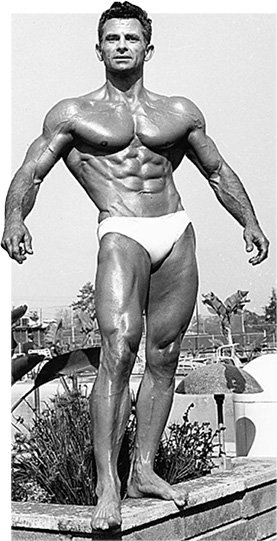 "The Iron Guru had pretty unique and controversial ideas about training."

I imagine this wasn't always easy to do, because the Iron Guru had pretty unique and controversial ideas about training. Among the most contentious by today's standards, he believed that the standard back squat caused the hips to widen and the buttocks to protrude. And if someone stuck to their guns and insisted on training in a manner Vince didn't believe in, it was not uncommon for him to throw them out.

He was no fan of the standard bench press either, believing it overstressed the front delts. Instead, his primary exercises for building the chest were dips done in the very specific "Gironda-style." You'll find countless descriptions of it online, but Vince's classic book "The Wild Physique" contains the definitive version.

In it, he specifies that dips should be performed on thick-handled, V-shaped bars that I doubt any gym still has. He also wanted the hands positioned 32 inches apart—good luck with that, given how narrow most gym's dip stations are. Unless you want to bring a tape measure to the gym, I suggest you measure that width at home and then try to remember how far away your hands were from your hips.

No matter what bench or bar you actually perform the dips on, form is the real key.

Dips are one of the best exercises for building the upper body, and Gironda-style dips heavily target the lower chest. I've been rotating them into my chest training for years, but I admit I don't perform them exactly as Vince describes. Nevertheless, anyone familiar with the Gironda dip would recognize the basic form.

Here are the modifications I recommend to make the Gironda dip more user-friendly. First: when it comes to width, just do your best. Very few of us have access to 32-inch wide parallel bars, so dip on what you've got. If you're feeling industrious, consider taking over the power cage and using Lee Boyce's dip modification for wide bodies. Just note that the Gironda dip differs from Lee's in that Vince would have you face forward, toward the wide end of the V.

His book doesn't mention it, but Vince also started advocating a reverse grip, where the knuckles face inward. I've tried this grip and found it to be awkward and harsh on my wrists, so I don't insist that anyone else do it.

Likewise, I believe in using a full range of motion in most exercises, but I would not advise dipping to the depth Vince advocated. It puts pressure on the labrum and all the connecting tissue of the shoulder joints, and as such it's not for anyone with an injury history there.

These mods aside, give Gironda-style a try when you feel ready to dip into a new challenge. If you can come close enough to his exact specifications, you can tell yourself that maybe Vince wouldn't throw you out of his gym. Maybe. 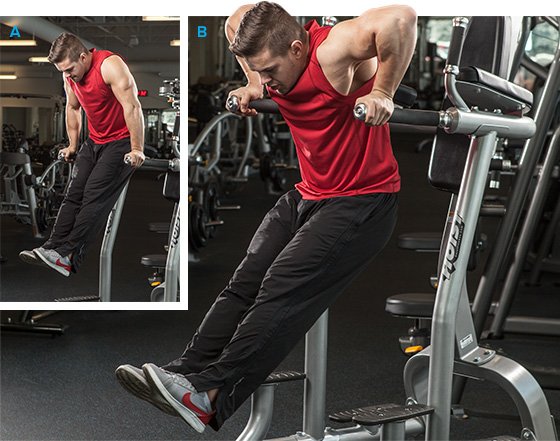 My friend Hugo Rivera told me about this interesting overload technique that was developed by his friend Nick Nilsson. As you might expect, it's basically the opposite of a triple dropset, another overload technique I've also used for years.

Here's the idea: Start with your lightest weight for a high-rep set of 20-30 reps. This set is intended to fatigue the type-1 muscle fibers your body favors for endurance. For your second set, add weight and perform 6-8 reps. This hits the type-2A fibers built for heavy loads. Finally, grab yet more weight and grind out 1-5 reps to hit your type-2B muscle fibers. This is all one giant set, and it should only take you about 10 seconds to change weights.

For the sake of research, I recently did 4 triple add sets with one of my favorite triceps exercises, the seated behind-the-head dumbbell extension, using both hands. This was my entire triceps workout for the day, because I didn't want any other movements to interfere with the results.

I generally do 4-5 working sets of 8-12 reps finishing with an 80-pound dumbbell. For this workout, I started with a 40-pound weight for 25 full reps. I then quickly grabbed a 60-pound bell and failed at 8 reps. I then picked up a 70-pound bell and squeezed out 5 incredibly tough reps. My triceps were already pumped after the first set. I used the same weights for my next 3 sets, but my reps declined slightly.

Be advised: This technique is not for the faint of heart. After that first set with 60 pounds, the pain started to set in, and it increased with each rep. The feeling was more intense than I'm used to experiencing with straight sets or even triple dropsets. I was impressed! 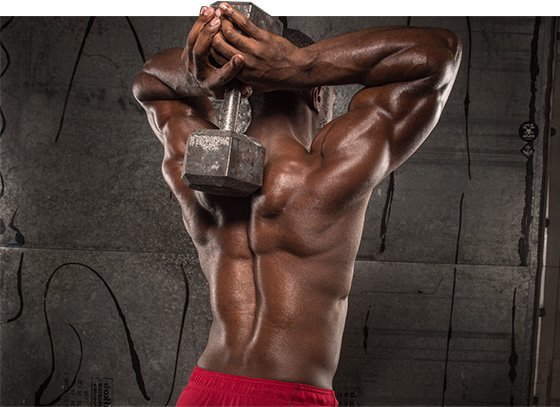 "Be advised: This technique is not for the faint of heart."

A Difference You Can Feel

I normally feel some DOMS the day after my triceps workout, but when I flexed my tris following my triple add set experiment, it felt like wolverines were biting the back of my arms. We all know how painful that can be.

A day later, the pain had decreased slightly. I would equate it to the bite of a large-mouth bass. Nevertheless, I was surprised that an exercise I use on a regular basis could cause me this much muscle soreness.

This is only the beginning of my experience with triple add sets, and I'd like to thank Nick Nilsson for adding so much more pain to my life, in the same way that I mentally thanked Vince Gironda in the past. Here's hoping the pain will be accompanied by more muscle.